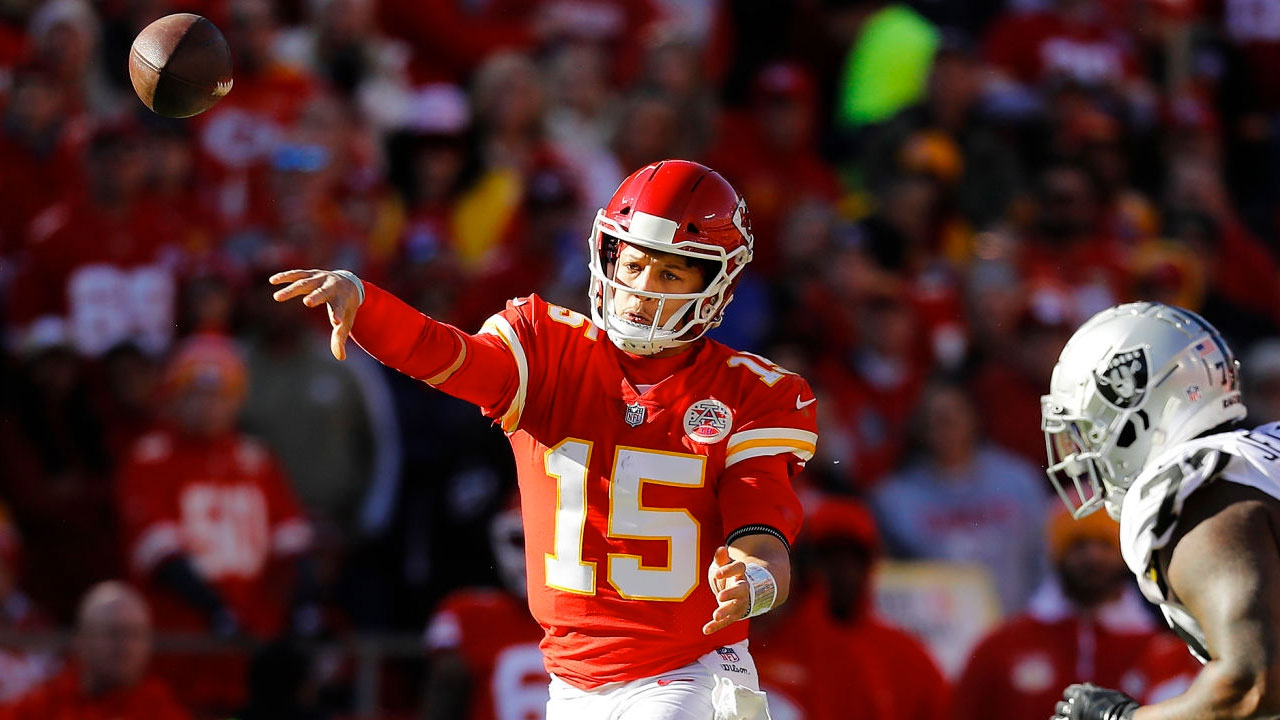 Week 14 of the 2021 NFL Season left a real beating by the Chiefs over the Raiders by 9-48. Kansas City, at a devastating pace, reaches its sixth consecutive victory and they continue to reaffirm themselves as contenders within the American Conference. For its part, Las Vegas, as they tend to do in every second half of each season, is falling apart. In this article we tell you what you need to know about the outlook for both teams after this duel.

The Chiefs had no mercy this afternoon. Taking advantage of each of the mistakes made by the Raiders, they managed to put 48 points on the scoreboard, their most since the 2019 Divisional Round when they defeated the Texans 31-51. However, unlike on that occasion, this time Kansas City gave a masterclass in offensive and defensive balance, thus sending a strong message to the rest of the NFL: this team is back and they look unstoppable.

In the not very stable season that QB Patrick Mahomes has had, he looked solid in this meeting completing 20 of 24 passes for 258 yards, 2 TDs, and a passer rating of 139.2, his second highest of the year. Meanwhile, RB Clyde Edwards-Helaire, while adding only 37 yards rushing, also had 2 touchdowns. And in fact, this game was so lopsided that RB3 Derrick Gore racked up 66 yards and 1 TD, maybe that sums it up.

As for wide receivers, no one had a brilliant day. However, we cannot not highlight Tyreek Hill, who led the team with 77 receiving yards. In addition, Josh Gordon recorded his first touchdown reception since 2019, proving that when he is not involved in trouble, he can become a heavy weapon. However, if the attacking numbers look so bright, it’s because the Chiefs’ defense continues to impress each week.

For the third consecutive match –and four of the last five– the Chiefs’ defense limited their rival to less than 10 points on the board. But in addition, this afternoon they were in charge of exposing the Raiders offense, forcing them to deliver the ball a total of 5 times: QB Derek Carr registered 1 INT, RB Josh Jacobs delivered the ball twice, and WR Hunter Renfrow and Zay Jones each also dropped the ball once.

The 5 turnovers translated into 28 points in favor of Kansas City, and the most outstanding defensive performance was that of CB Mike Hughes who led the team with 9 tackles, 2 forced fumbles and 1 fumble recovered on the first play of the game that led to the end zone. to put the Chiefs up on the scoreboard. For his part, S Tyrann Mathieu continues to be the face of the defense, accumulating 1 INT and 1 fumble recovered. Without a doubt, this team has grown as their secondary improves.

Who also had a great day was the front seven Kansas City, sacking Derek Carr four times, led by DE Alex Okafor, who registered 1.5 sacks, forcing a turnover. Thus, as can be seen in the game and in the statistics, with a balanced Chiefs in their game system, the AFC and the NFL must be more afraid than ever because, at this moment, few teams are playing at a level as high as the Chiefs, and the Raiders, victims this week, can well prove it.

The Chiefs crush the Raiders and are candidates in the AFC 🚩#ChiefsKingdom | #LVvsKC pic.twitter.com/6JYWkR1XLc

The start of the campaign with a 3-0 record that the Raiders registered to excite their fans already seems distant. This team has lost five of their last six meetings, and like last year, they clearly start to unravel in the second half of the season. In such a tight AFC, you can’t afford to be humiliated by one of your divisional rivals in two of the past five weeks, but Las Vegas has not caught up with Kansas City in 2021.

Putting together the differential of the meeting of Week 10 and that of today, the Raiders scored only 23 points and received 89. Two defeats that cost them an immensity: from the outset, because in the American Conference they are lagging behind, and their calendar closure Against the Browns, Broncos, Colts and Chargers, it’s not very promising. In addition, in the AFC West they are starting to look like the weakest rival, and only a miracle could catapult them back into the contention for the division leadership.

However, this defeat goes much further. The HC Rich Bisaccia continues to demonstrate why nothing else is acting; You don’t have the credentials you need to save this team from the catastrophe they are becoming. The general management of the franchise must start from scratch with a new head coach in 2022, and the million-dollar question by then will be: is Derek Carr the quarterback that Las Vegas needs to become contenders in the immediate future or is it time to start from the ground up?

Can the Raiders hope for a miracle and enter the Playoffs? Will the Chiefs make it to the Super Bowl for the third year in a row? We read you in the comments below this article and on our social networks.

Message to the AFC and NFL: the Chiefs are back