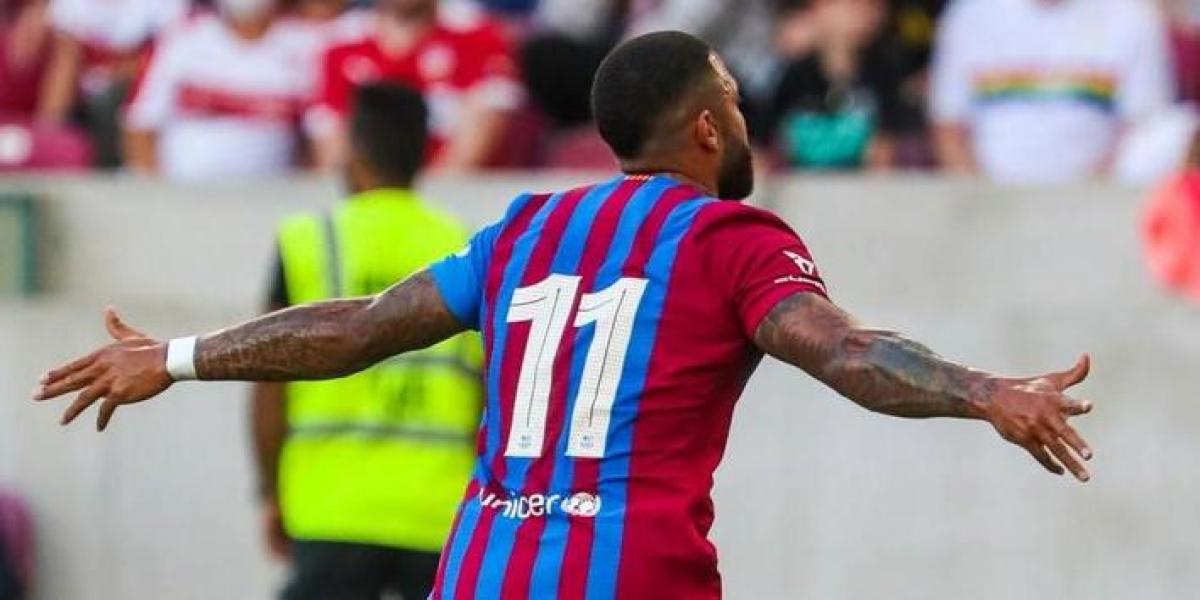 Memphis Depay continues to excite and take advantage of his opportunities, also in this third preseason game against him Stuttgart. The Dutchman was one of the highlights of the match and ended his performance with a great goal. Despite this, the new Barça signing ended up unhinged with the referee and the public whistled him for his protests. The German collegiate, Tobias Reichel, did not help the Dutchman, who as in his celebrations, had to cover his ears to continue focusing on the game, where he continues to adapt perfectly and read the intentions of his teammates.

Who better understands is with his compatriot Frenkie de Jong, who assisted him as he opened the scoring. 30-meter pass from the midfielder, a diagonal mark from the house, and fantastic control within the penalty area. Memphis, who punctured the ball, threw a hat and without letting the ball go down he beat the goalkeeper with a whip with his right hand. An individual action that he celebrated with the rest of his teammates, especially with Antoine Griezmann, with whom he connected well in Barcelona’s second goal.

Before your target, Memphis Depay he had already claimed a penalty from the local referee. The Dutchman showed his overflow by beating his defender with an aesthetic bicycle and a great luxury individual action that his rival could only stop by putting his leg in. The contact unbalanced the Barça forward, but Reichel did not signal the penalty. Memphis He complained to the referee and later asked for a foul, already clearer, that was done to him on the front after another good personal intervention. His complaints ended up annoying the public, who whistled him from the first half every time he touched the ball until when he was substituted with 12 minutes remaining in the clash.

The forward of the Barça did not wrinkle and created the play of the 0-2 that culminated Demir after a pass from Griezmann. He received and on a tile, turning an ankle, he threw a deep pass to Antoine, who put it to Yusuf.

Challenged by the referee

Already in the second part, Memphis He kept insisting and ended up unhinged with the referee. The German referee was not up to the task, challenging in an incomprehensible way the player of the Barça, which did not enter the rag. Twenty minutes after the restart, the Dutch international fell back into the area. He did not protest, but Reichel she stared at him defiantly, as she had once before. An out of place attitude in a preseason game.

Memphis he left satisfied and Koeman I congratulate. Keep adding minutes and adapting. Good news for him, the coach and the team. For now, he justifies his signing.