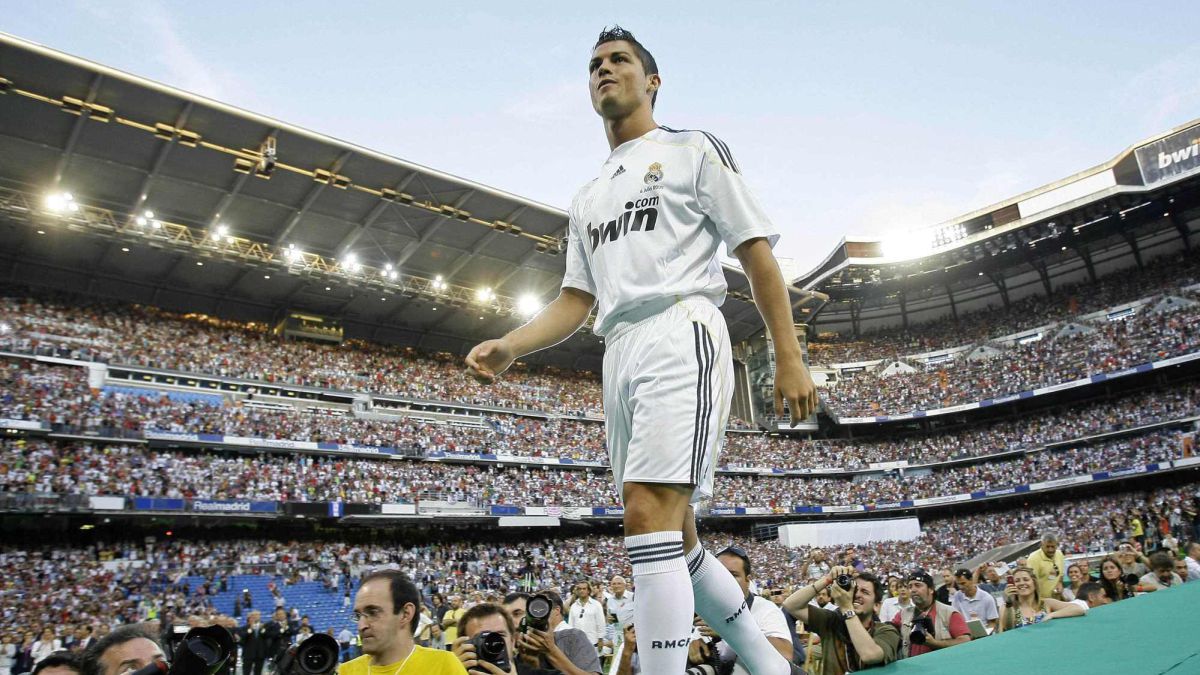 A day like this July 10, 2018, Cristiano Ronaldo signed for the Juventus. The Portuguese was transferred in exchange for 117 million euros (100 of transfer and 17 of commissions). And it put an end to her nine-year adventure with him. Real Madrid, where played 438 games and scored 450 goals, becoming the top scorer in the club’s history.

His departure from Real Madrid was questioned. After the conquest of the European Cup of the 2017-2018 season, in which Real Madrid beat the Liverpool of Jürgen Klopp in Kiev 3-1, the Portuguese striker made some statements during the celebration on the pitch, in which he left to see that his stage as a merengue player was over: “It was very nice to be at Real Madrid.” Finally, Juventus was the club that Cristiano chose and Florentino Pérez He agreed to sell it for 100 million, as long as it was made clear that the decision to leave the Madrid club was made by the Portuguese.

In search of the heir

Since the departure of Cristiano, the lack of a goal is an issue that Real Madrid cannot solve. The only footballer who has taken a step forward in the team is Karim Benzema, who has scored 87 goals since the 2018-2019 season. Although it is a more than considerable figure, it is still very far from the 50 goals per season that the Portuguese averaged with the white jersey.

During the 2018-2019 campaign, Real Madrid held on to the trident formed by Bale, Benzema and Asensio, since in the noble zone of the Santiago Bernabeu They thought that the solution to the departure of Cristiano Ronaldo was at home and the market offered many difficulties to sign a galactic. Also, they brought in several young players as they were Vinicius Jr (in exchange for 45 million euros) from Flamengo and the youth squad Mariano, which made it of the Olympique de Lyon. The idea did not go as planned by the Madrid team and the season ended up turning into a nightmare. First, because the departure of the Portuguese coincided with the departure of Zidane and his substitute, Julen lopetegui He never quite found the regularity of the trident or the results.

Then the Madrid club decided to bet on the coach of Castile, Santiago Solari, who tried to recover the BBA (Bale, Benzema and Asensio), but it was left in an attempt. After a painful defeat in Eibar, the Argentine coach did not return to align the three players at the same time in the white attack and gave the opportunity to enter the eleven to Vinicius Jr. The young Brazilian had an important impact on the team, but could not prevent the team from having no chance of winning a title that season in mid-March. This caused Solari to be removed and Florentino Pérez will sign back to Zidane for the Madrid bench. But like his predecessors in office, the Frenchman tried to give flight to the BBA, but without any success.

The following season, Real Madrid decided to reinforce the white front with the incorporations of Luka jovic, Eden Hazard and Rodrygo. However, none of the three footballers managed to gain a fixed place in the Madrid attack. The Serbian footballer did not find regularity in his game and in the 27 games he played during the 2019-2020 campaign, he only scored 2 goals. In the case of Hazard, who signed for Real Madrid in exchange for 100 million euros from the Chelsea And with the star poster, an ankle injury during a group stage Champions match against PSG cut off his progression and kept him off the pitch for several months. He played 22 games and scored one goal. Rodrygo’s case was different, in his debut at the Santiago Bernabéu he impressed the fans by making his debut as a white scorer 95 seconds after taking the field. However, despite the fact that the Brazilian attacker was a breeze of fresh air to the team, he never managed to secure a fixed place in the eleven. After confinement due to the Coronavirus pandemic, the merengue team became strong in their stadium (they played the final stretch of the league championship at the Alfredo Di Stefano) and ended up winning their 32nd League, to which they added the Spain Supercup achieved in January after beating the Atlético de Madrid on penalties.

During the past season, Real Madrid decided not to make any signings to reinforce a squad that showed signs of exhaustion. It was decided to yield Bale to Tottenham during that course and trust Asensio, Jovic, Hazard, Vinicius, Benzema, Lucas Vazquez, Mariano and Rodrygo up front. However, during the preseason Asensio was injured and Zidane had neither Mariano nor Jovic (the latter ended up on loan during the winter market heading to the Eintracht Frankfurt). After a season full of injuries, the Madrid team fought for the League and the Champions League until the end, but the lack of goals and the lack of a franchise player prevented them from winning a title, since Hazard (who had to pick up the baton from the Portuguese) was injured again and missed practically the entire season.

In the white club they do not lose hope of being able to sign this summer or next, if the economic crisis does not allow it, a world star with the aim of being the best team in the world again. Florentino Pérez does not give up and will try to get some ‘galactic’. For now, the two names that sound the most are those of Kylian Mbappé Y Erling haaland.

Real Madrid will not go to war with PSG for Mbappé this summer. In the last meetings in the white entity it has been decided that it is better not to force the situation with the French team. The information that reaches the Madrid entity is that PSG will have to sell players worth 150 million euros to comply with the Financial Fair Play. And Madrid hopes that between letting Mbappé go free in June 2022 or selling him and complying with the financial regulation, the Parisian team decides to negotiate.

In the case of the Norwegian footballer, the situation is even more complicated. Borussia Dortmund has no intention of selling Haaland. And they trust they can retain him for at least one more season. In fact, Michael Zorc, the athletic director, has stated in Bild that his intentions with the Nordic player have not changed: “We continue planning the next campaign with Haaland.”