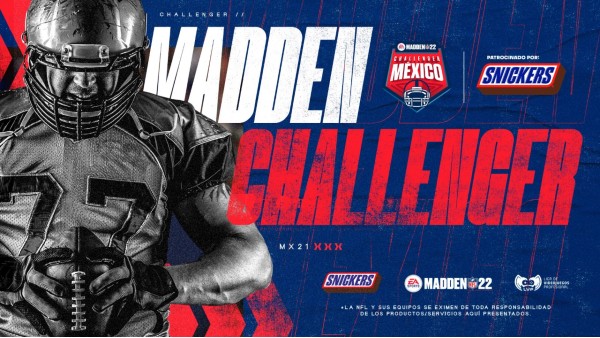 NFL Mexico invites all fans of American football and video games to take part in Madden Challenger Mexico 2021, an online tournament that will take place on November 26 and will end on January 13, 2022 at EA SPORTS Madden NFL 22.

For him tournament this year, which will distribute 90 thousand pesos in prizes, an alliance was held between SNICKERS, LVP (Group MEDIAPRO), the largest Spanish-language esports organization, with the NFL and support from EA SPORTS.

The objective of the competition, which is completely free and will take place online in Competitive 1vs1 mode, is to provide all NFL fans with a entertainment interactive during the 2022 football season. Registrations for the Madden Challenger Mexico 2021 are open and can be done through the page www.maddenchallenger.com.mx.

The competition will consist of four Madden NFL 22 qualifying tournaments in Xbox One and Playstation 4, respectively: one per week will be held, beginning on November 26 and concluding on December 17. The first place in each qualifier will advance to a Playoff stage. The finals will be broadcast on January 12 and 13, respectively, through LVP Mexico channels. www.twitch.tv/lvpmex and YouTube LVPmex.

As part of the Madden Challenger Mexico 2021, on February 2, 2022 there will be a Showmatch on the CDMX which will have as guests the winners of each tournament (first place Xbox and first place PlayStation 4), influencers and celebrities from the entertainment world, in order to celebrate a 3 vs 3 exhibition match where each team will have a guest representative. The event will be broadcast live online on the Spanish LVP and NFL channels. 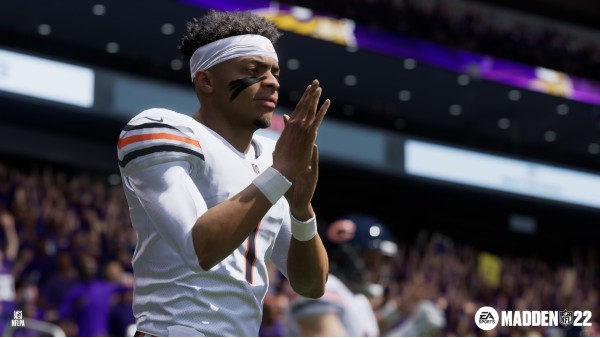 The four of them ranked players per platform will be the following awards economic:

YOU MAY ALSO BE INTERESTED: BLACK FRIDAY: THE BEST DEALS OF VIDEO GAMES ON ALL PLATFORMS