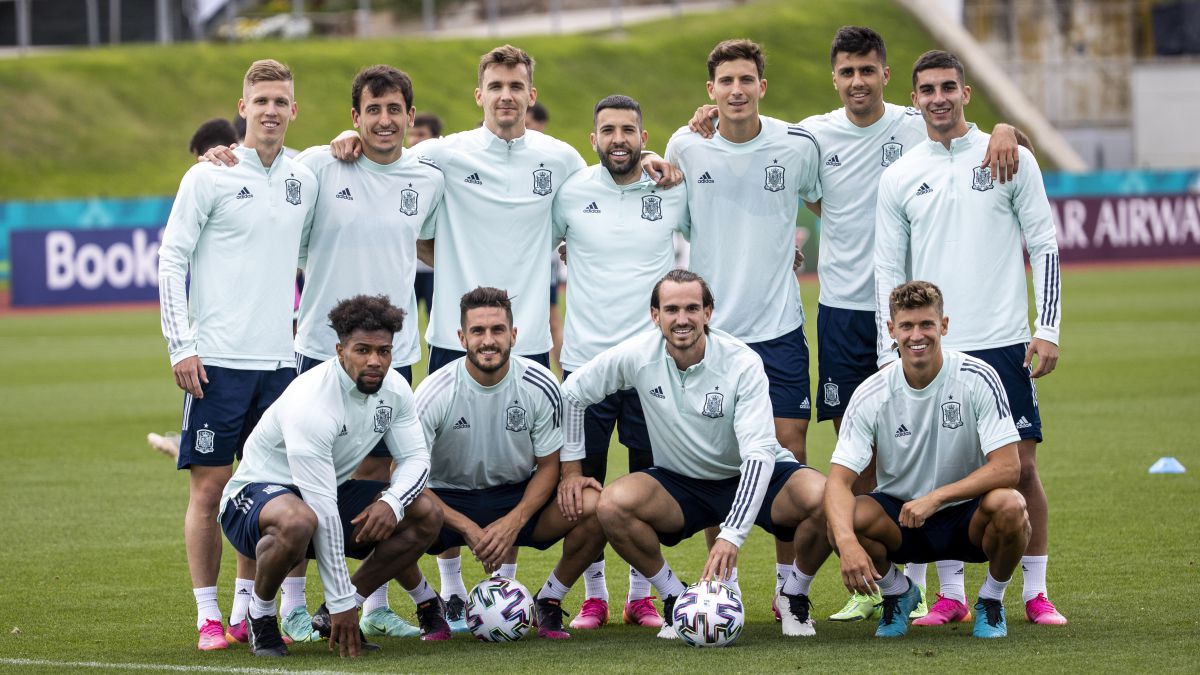 The National Team trained this morning at the Ciudad del Fútbol in Las Rozas. The session has been open for a quarter of an hour, the maximum that Luis Enrique allows journalists to see the working sessions and because UEFA obliges him to do so in the previews of the matches. The selected team has been able for the first time to show their cards and give clues as to whether they will make changes for the decisive match against Slovakia. Specifically, he can make up to six changes compared to the last eleven he had against Poland.

In the photo that passes the Federation of posing of teams, as it usually does in each preview, these eleven field players appear in the same team Marcos Llorente, Diego Llorente, Pau Torres, Jordi Alba, Rodrigo, Koke, Fabián, Adama, Ferran, Dani Olmo and Oyarzabal. This time the photo of the bib team was not sent. And that team consisted of Azpilicueta, Eric, Laporte, Gayà; Busquets, Thiago, Pedri, Gerard, Morata and Sarabia.

Luis Enrique always mixes them up and I’m sure this is not the starting team that plays against Slovakia tomorrow, because he never gives clues and hides the team even from his footballers.But it was noticed that he gave a talk to this team, something unusual, so if it could be the team that had against Slovakia. Or maybe that eleven, with the defense of the other (Marcos Llorente, Diego Llorente, Pau Torres and Alba). With Luis Enrique you never know, the only clue is that he has spoken with them and that in the sending of photos of the Federation they have not put that one. It is strange that he leaves Marcos Llorente out and that he does not put him in his place in the center of the field, being the midfielder with the most goal on the list last season (11 goals and 12 assists).

In the training session they have worked on goal shots seeking to refine their aim to solve the problem with the national team’s goal. “Lateral centers and definitions of all colors”, put on Twitter the official account of the National Team (@sefutbol).

During the session, Luis Enrique has been seen (in another photo sent to the media) with Unai Simón, whom he corrects a lot during the matches, but is not expected to remove his ownership. And the internationals have made Rodrigo Hernández Cascante, Manchester City’s midfielder a corridor on the occasion of his 25th birthday, which he celebrates today, June 22.