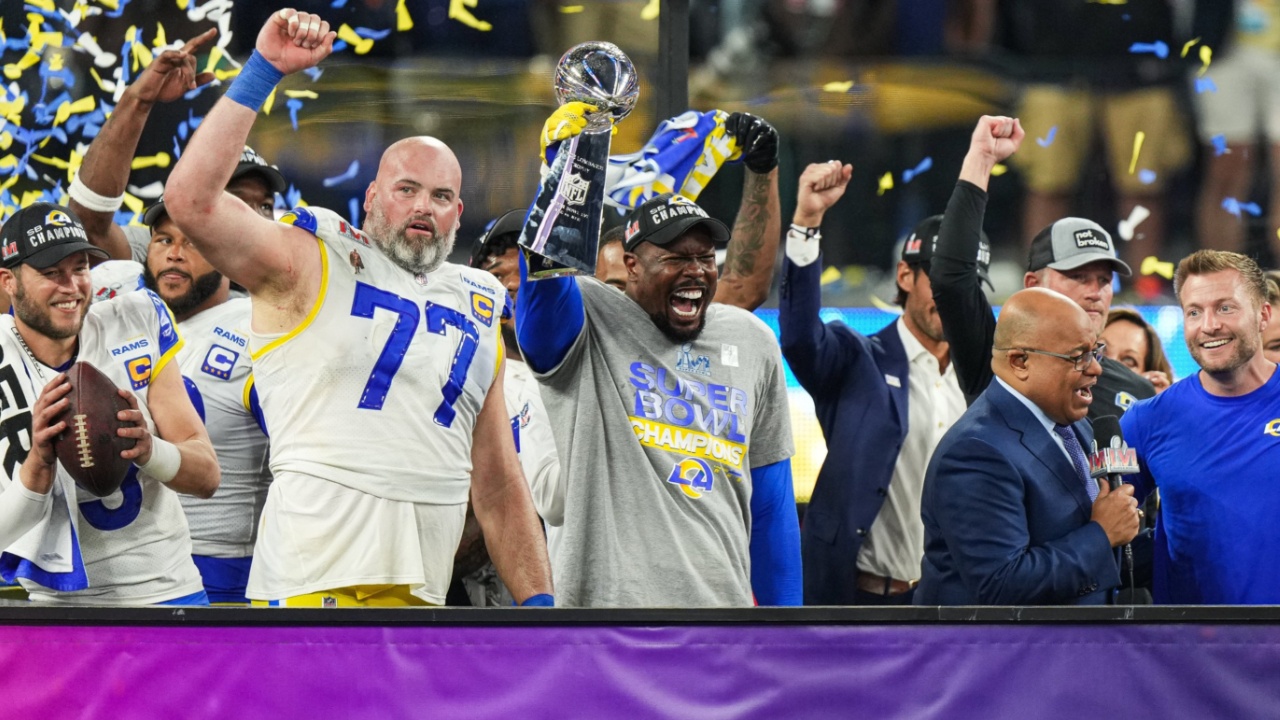 There is no better moment in the league than the current NFL champion, although at times his candidacy for Super Bowl LVI after the 2021 NFL Season did not look so clear. The path of the Los Angeles Rams had ups and downs, but here we recount the most important thing that happened to this team.

Statistics in 2021 (via Pro Football Reference):

Until the last game, Super Bowl LVI, the team was true to its statistics in its performance, it being quite evident that with QB Matthew Stafford (404 ATT, 4886 YDS, 41 TD, 17 INT) WR Cooper Kupp and between WR Robert Woods and finally WR Odell Beckham Jr. there was enough talent through the air to sustain the erratic running game.

In contrast, the rushing defense, led by that front-seven with LB Leonard Floyd, DT Aaron Donald and LB Von Miller, was one of the best of the entire season. In the playoffs they completely shut out runners like Joe Mixon and the versatile Deebo Samuel on the ground. On the other hand, their defense continued to have CB Jalen Ramsey in full swing (and again on the All-Pro team for the season), but elsewhere he’s an area of ​​focus this offseason.

A very important point is that even though it is believed to be a team of veteran stars, their average age is only 27.6 years and they have a fairly young base; with the potential loss of experienced players, the interesting thing is to see how they will continue with that perfect balance on the roster.

Comparing his numbers to those of “Megatron” Calvin Johnson is enough to underscore his season. Interestingly, Stafford was able to go further with Kupp, not just generating scary numbers (433 REC, 1,947 YDS, 16 TD), but also by developing the last series to win Super Bowl LVI mainly with him. At the same time, how can I forget that reception that prevented another miraculous comeback from Tom Brady in this year’s divisional round?

9️⃣ TO 1️⃣0️⃣ TO SET UP THE WIN! pic.twitter.com/1hrjkOa4lQ

His best moment of the 2021 season

Without a doubt, it was the last Sunday of the season, precisely in his stadium, with his people and winning his first Vince Lombardi in more than twenty years:

The worst moment of his 2021 season

However, it will be necessary to return to those moments where things did not go as they should, exhibiting defects that must be corrected. The most outstanding of these moments, without a doubt, was the game against the Titans of week 9:

What is expected of the Rams next season?

This is a usual scenario in the franchise; there is little money (in fact, below salary cap), several stars leave and they have no first-round picks; however, it is notorious how they manage to continue bringing in excellent players both in the NFL Draft and as free agents, who even convince them to receive discounts on their contracts.

For his part, head coach Sean McVay also faces the challenge of supplying several members of his staff, highlighting the departure of offensive coordinator Kevin O’Connell; But knowing the head coach isn’t going anywhere for a while, the culture surrounding the team keeps expectations high.

According to the odds, they are in a good position to be the first to repeat as champions since 2004: