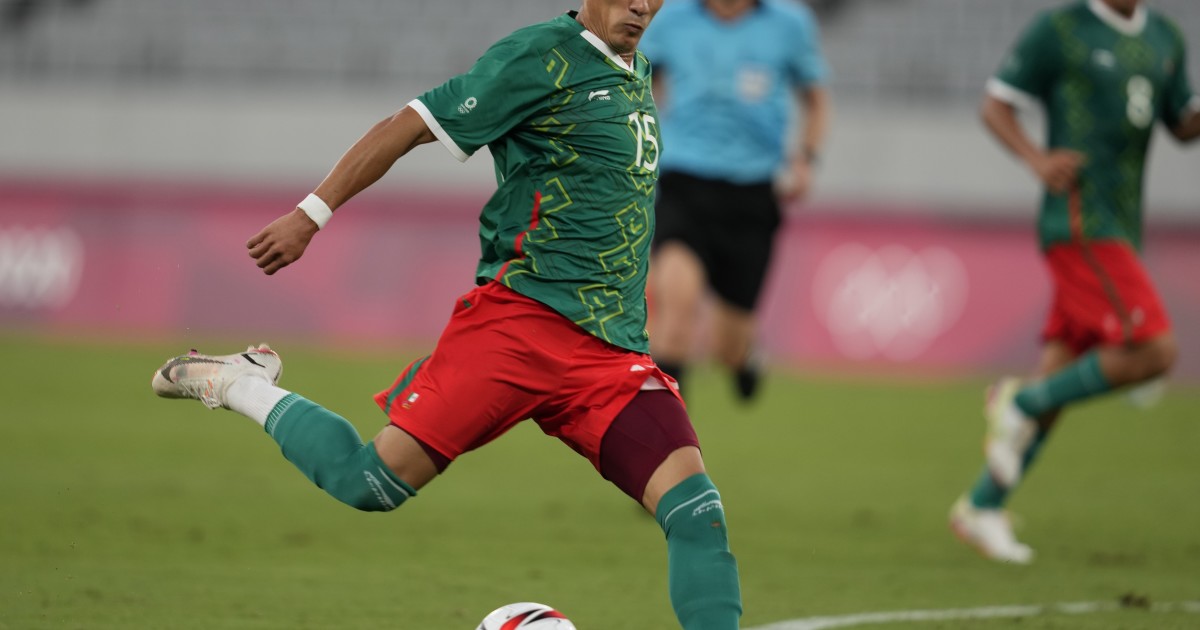 After the bucket of cold water that was Japan’s double, Mexico managed to recover mentally and emotionally in the second half of the first 45. Sebastián Córdova was key in the rebound, producing the most important plays.

Minute 42: Érick Aguirre is injured after stealing the ball from Kubo. He is forced to quit the game.

Minute 37: Alexis Vega takes a free kick from the right side of the area, but does not create much danger.

Minute 34: Mexico corners Japan in its zone, the host no longer shows the same energy.

Minute 30: Mexico recovers the ball and Sebastián Córdova takes a shot from outside the area that goes to the side of the Japanese goal.

Minute 29: Japan suffocates Mexico, disrupts all their plays by pressing with double marks.

Minute 24: Mexico is showing some desperation, seeks to advance based on balls.

Minute 17: After being out of focus after Japan’s second goal, Mexico reacts; Henry Martín takes a good shot in the heart of the area.

Minute 110: Penalty in favor of Japan after going to the VAR.

Minute 5: Alexis Vega arrives again from the left sector and sends another dangerous center that is caught by the Japanese goalkeeper.

Minute 2: Mexico starts the game quickly, puts pressure on Japan on their side of the court.

Minute 1: Alexis Vega does not delay and produces the first dangerous play of Mexico, but his center was not taken advantage of.

Early in Group A, France came back three times to beat South Africa 4-3. If Mexico defeats Japan, it would reach six points and seal its pass to the next round. The host would stay at three points, and his life would be risked against France on the last day of the group stage.

This will be the line-up that Tri Olímpico coach Jimmy Lozano will send to the Saitama court against host Japan seeking a pass to the Second Round of the tournament. Repeat the table that beat France 4-1 on Thursday in the debut.

One of the worst mistakes, perhaps the most common, that a soccer team can fall into after a good performance is complacency.

Alexis Vega knows it and that is why the striker of the Mexican Olympic team said that they do not plan to take lightly Sunday’s game against Japan, their second for the first phase in Tokyo 2020.

Mexico made their debut in the men’s tournament with a landslide 4-1 victory over France that places them at the top of Group A, completed by South Africa.

The winner of the match will be awarded a ticket to the second round of men’s soccer.

The match will begin at 4 am (Pacific Time) this Sunday. Follow the minute by minute of the meeting here from 3:45 am