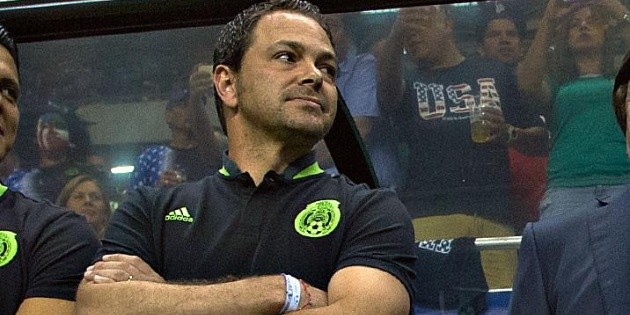 The Eagles of America They are not only involved in rumors regarding the Stove Soccer and as regards, specifically, the squad headed by the Argentine strategist Santiago Solari who, these days, is developing the preseason in USA.


In this case, the versions that involve the azulcrema team are related to the position of sports director who, at least until an official announcement is published, has been held for some time, Santiago Banos.

According to a report by Fox Sports journalist Carlos Rodrigo Hernández, the new sports director of the Eagles of America would be an old acquaintance: Diego Ramirez, who knew how to integrate at some point the technical body of Miguel Herrera.

“Diego Ramirez will be the new sports director and will lead the sports intelligence area of ​​@America club in addition to supervising with Raul Herrera basic forces, Diego was assistant to @Miguel HerreraDT and was a fundamental part of the 2013 title. @FOXSportsMX “, said the communicator on his Twitter account.

According to La Gazzetta dello Sport, the Eagles of America they would have the peruvian Gianluca Lapadula with present in the Benevento of the Italy Serie A, such as the one aimed at supplanting Roger Martinez, in case the Colombian abandons Coapa in this pass market to join, for example, to Boca Juniors.