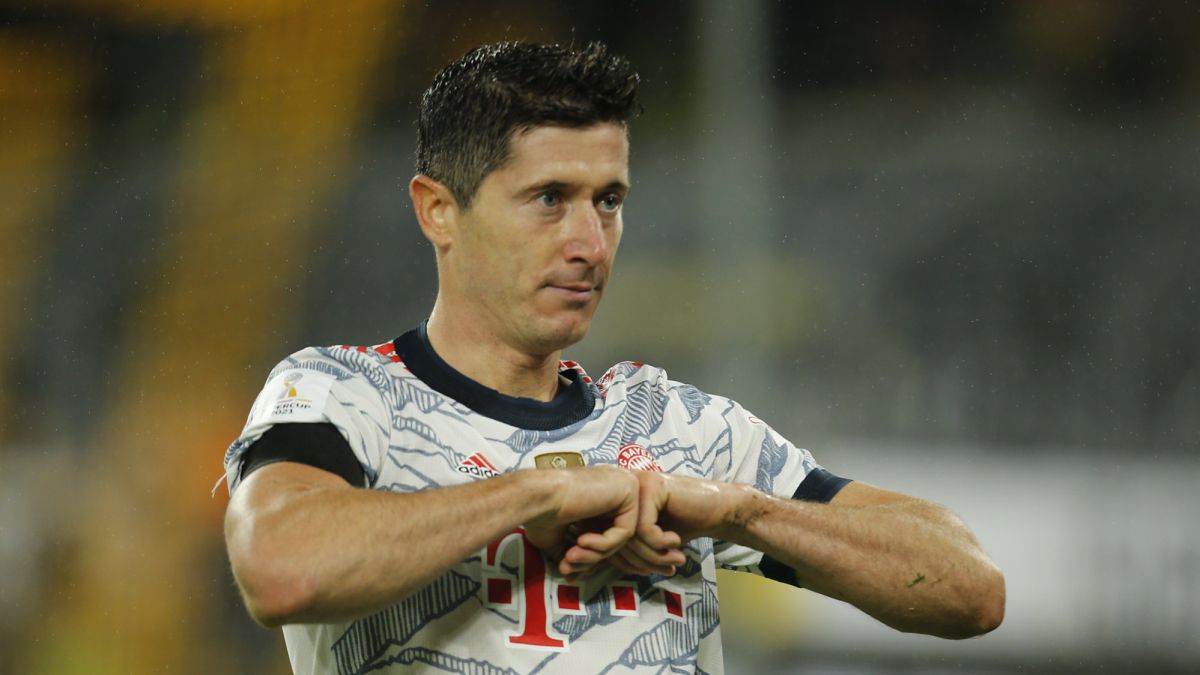 Robert Lewandowski is still the king of the goal. The Polish star scored a double in Bayern Munich’s 3-1 win against Borussia Dortmund that gave the Bundesliga champion the German Super Cup and also served him well. Lewy to win the umpteenth pulse from Erling Haaland. It was also the first win for Julian Nagelsmann in his sixth game as the Bavarians’ new manager. The award was, nothing more and nothing less, to be able to lift the first title of his career after his stages in Hoffenheim and Leipzig. With Lewandowski, everything is easier.

The casualties forced Nagelsmann to return to throw from quarry when making his eleven. Stanisic was in charge of supplying the injured Pavard on the right side and, above, the coach opted for Coman instead of Sané for the left lane. At Borussia, Rose surprised by lining up the young Moukoko next to the golden boy Haaland in the black-yellow attack.. Behind, Passlack, Witsel, Akanji and Schulz formed an improvised line of four in the face of the plague of injuries in the Borusser defense.

BVB took a toll on the casualties. Especially on the right side, where Passlack showed deficiencies in the face of Davies’ constant push. Two errors by the Borusser defender led to the two best chances of the Bayern in the first part, but neither Müller nor Coman walked fine in the face of the Kobel-protected frame. It was the only thing to blame for a Borussia that he displayed the verticality that characterizes him so much and that he did not advance due to the reflections of the imperial Neuer. He won two heads-up against Reus and Haaland and, in this way, woke up his Bayern.

The Bavarians rebelled. They accepted the exchange of blows. And it began to appear Lewy. His first shot, point-blank, crashed into Witsel. The Polish asked for a penalty, but the referee was convinced that the leather had hit the Belgian’s shoulder. At the second of the nine, just after Moukoko was disallowed for offside, it was the charm. Gnabry hung a center in the heart of the area and the Munich kíller escaped from the mark to head the leather to the back of the net with a huge power that left Kobel without any opportunity. It was his twenty-third goal in his twenty-fourth game against his former team.. Lethal.

The goal, just on the brink of halftime, shocked the Dortmund. It was noticed after the restart. It took Bayern just four minutes to punish Passlack’s accumulation of errors on the Borusser right-handed side. Davies found the depth and served a low cross that Lewy let pass so that Müller raised the second to empty goal.

The BVB was reeling. Until Reus returned his team to the party with a right hand that entered Neuer’s squad. Borussia grew. He squeezed. He looked for the tie. But the usual one appeared to put things in their place. The umpteenth BVB mistake, this time from Akanji, he left Lewandowski alone against Kobel. And, as usual, the king of the goal did not forgive. Lewandowski continues to reign.