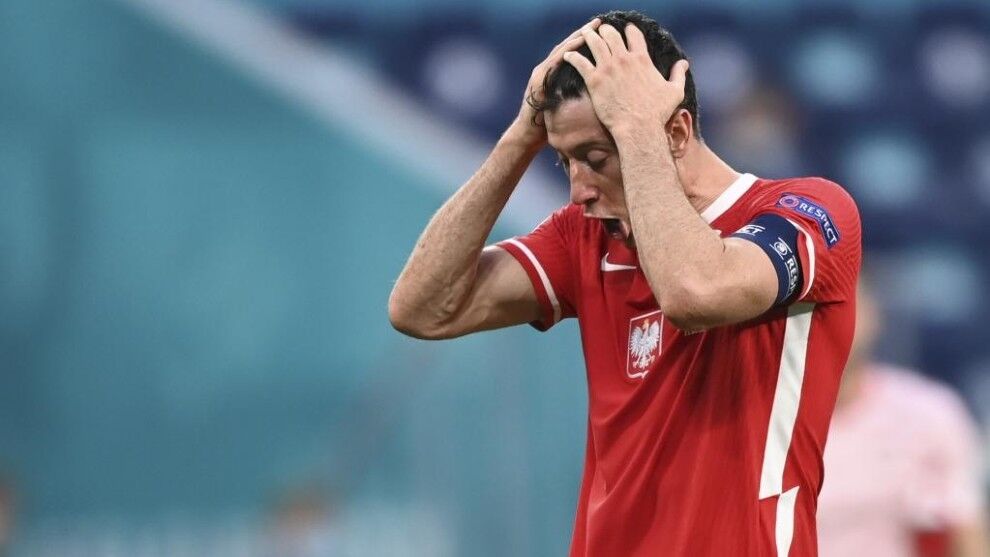 Spain believed that it owed one to Lewandoski … but Poland ended up giving in. As in seven of the last eight times they have faced Sweden. The Saint Petersburg duel was alive until the end because six minutes before 90 ‘Lewandoski tied a match that ended up winning Sweden in discount. The tie would have served Spain to be first in the group, but Poland was useless, because they would only win to have tickets to the elimination round. That’s right, Lewandoski becomes, with 5 goals, Poland’s top scorer in the final stages of the European Championship Until this Wednesday he shared the lead with Jakub Baszczykowski, Kabu, with 3 goals each.

Sweden-Poland were three games in one: the one who started with dominance on the scoreboard in Sweden; the one that was lived until Lewandoski’s draw and the ten minutes that have been played since then. Sweden commanded in two of the three acts. And he passed the round as first because Claesson put the icing on a great play by Kulusevski, absent in the first two meetings due to Covid. The forward will be an alternative for the knockout curce.

Sweden wore the team leader outfit from the start because they were right on their first arrival in the Poland area. The Swedes entered the match with spectacular force, which is the same as Poland, which needed to win to stay in the tournament. However, those led by Paulo Sousa were especially soft when Isak and Forsberg made a wall, both touching the ball with their chests. Glik tried to correct by going with everything and leaving Isak on the ground, but his companions behind lived it in another dimension: They let Forsberg pick up the ball, stepped into the area, and scored a shot out of Szczesny’s reach..

Lewndoski had the goal after the quarter of an hour with a double header in which he ran into the crossbar twice. The Bayern striker picketed a corner kick with a teacher and the ball, which overtook Olsen, was spat out by the stick. The rejection fell to Lewi, who with the goalkeeper on the ground, touched her again with his head … again to the crossbar. Anyone would say that the Pole was marked by the Walpurgis bonfires. The second bounce off the stick passed under the legs of Lewandoski and Krychowiak, who was the one who followed the play closest.

Poland’s need decanted the dominance of the remainder of the first half towards his side, although he was unable to translate it on occasions beyond an extraordinary Zielinski foot strike, which from 22 meters forced a good response from Olsen, with which only Lewandoski has been able in the group stage. The Swedish goalkeeper was a clear protagonist of his team’s victory because he was just as fine after the break. The staging was the same as the lowering of the curtain, which again had the participation of Zielinski and Olsen. Another left foot and another good hand. The natural Malmo goalkeeper, this season on loan to Everton from Roma, repeated brilliance in the 51st minute with another vital stretch against Krychowiak.

Poland resisted bending the knee, although Sweden seemed to break the resistance with Forsberg’s double. Before 2-0 the Swedes had had another good chance. Szczesny was envious of Olsen and also handled well against a good counterattack from Quasion. The round trip was part of the copyright of that section of the meeting. Sweden made the second with the goal of the wise Forsberg and Poland recovered the air with a goal of collection of Lewandoski, only a minute later. The advantage was meager because a possible draw separated Sweden from the top of the group. Swierczock did the 2-2, but the so much was canceled for offside of the forward that Paulo Sousa had enlisted to accompany Lewandoski.

The two coaches moved their benches a lot to give a different structure to their teams. Sweden had the most to lose because the Poland demanded a miracle when 10 minutes before closing the advantage was still Sweden. Then Marc Lewandoski and with the substitutes of Spain following what was happening in Saint Petersburg on the mobile, crossing their fingers to be first Claesson’s goal came.