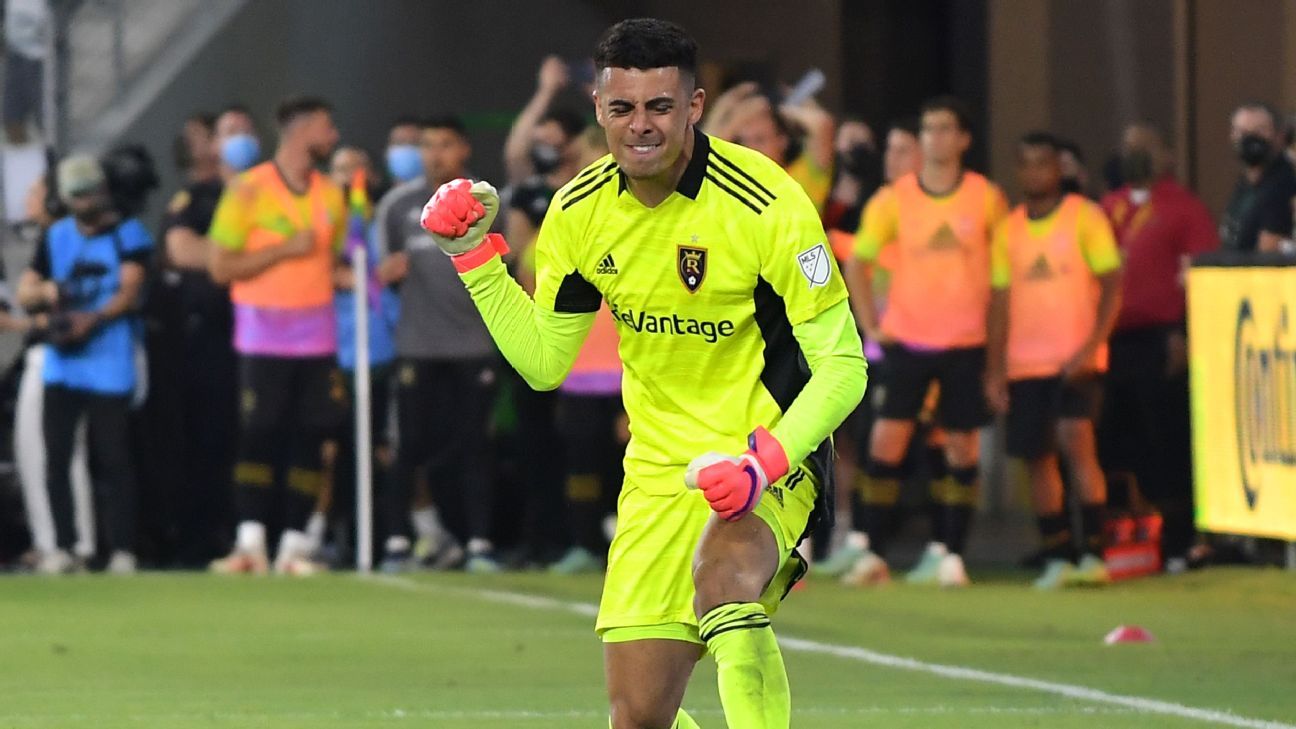 David Ochoa explained the reasons why he chose to play for Mexico, despite the fact that he had already represented the United States in lower categories

David Ochoa felt a hunch that came from the depths of his being when he was summoned by Gerardo Martino to a call from Mexico prior to the Gold Cup. Three days after his call, he confirmed what he knew as a child, wanting to play for the national team, and that is that Chivas and Guillermo Ochoa, goalkeeper for América, were his reasons for choosing by the Tricolor.

“My dad loves Chivas. My grandfather also likes Chivas. We could continue like this with the entire genealogical tree of the family, because they are all Chivistas. So naturally my dream was to play for Chivas, ”he told The Players Tribune.

“I especially wanted to be like Guillermo Ochoa, although my dad didn’t like that too much. It was funny, because my dad’s friends, who all go to America, used to buy me Ochoa T-shirts, and I would wear them. My dad went crazy to see me in that uniform. For him it was like the end of the world! ”Said the 20-year-old youth.

Ochoa is American and Mexican. With the selection of the stars and stripes he played the Concacaf Pre-Olympic tournament and was called up to the Nations League. Despite everything, he never felt that flame, that fire, and that happiness of belonging. On the other hand, with Héctor Herrera, Alfredo Talavera and in the CAR, he just knew it.

“Héctor Herrera followed me on Instagram. I know it’s funny that he gave so much importance to this detail, but it really made me feel: Well, he plays for Atlético de Madrid, but he knows who I am. Guillermo Ochoa was not there, but Talavera, Cota, Orozco, all of them, yes. I had in front of the players who had been my idols since I was a child. And now they were my companions ”, he narrated in the same portal.

Although the player from Oxnard, California, who grew up in a Latin neighborhood and with well-rooted Mexican customs, explained that he always felt a stranger as a young man, and that he had a brief stint at Chivas in adolescence, but it was not the best of the memories, besides that in the United States it also felt different.

However, in the CAR and with the stars of the Tricolor, everything changed, it was no longer someone from outside, but it was only David Ochoa.

“And I understood that no matter how hard I try, I will never be fully American. I’m not going to be completely Mexican either, so that’s where I feel most comfortable, and something inside me makes me feel at home with the Mexican players. They were loud and funny and sociable. They made me feel like I was with my friends in Oxnard. “

“That is why I decided to choose Mexico, and I really hope you can understand that. Even if it is a personal and emotional decision, I hope it makes sense. He definitely has it for me, ”he concluded.