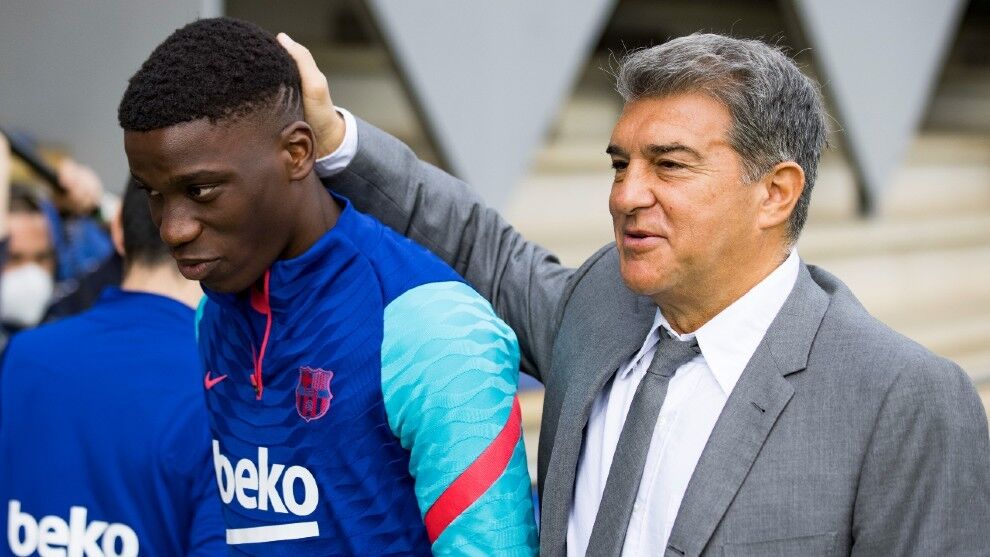 Cevery day what happens, Ilaix Moriba is further out of the Camp Nou. The Barça midfielder continues to be inflexible in the negotiations for his renewal and the Bara he has said enough. I will no longer make any other offer, as you have made clear Joan Laporta, president of the Bara, this afternoon at the presentation of Emerson. The president has been very hard on the medium, which has disappointed him.

In case it was not clear Ilaix, Laporta has been direct and transparent: either renew or not step on the Camp Nou. The midfielder, who is in the preseason with the subsidiary but is not playing with the Sergi barjun, you know that the Bara he has grown tired of his high financial demands to extend his contract and he has not liked his behavior at all. Now he is punished (separated from the first team), but if he does not sign, he will leave the discipline which this summer. In no case, as the president has insisted, will he go free in June 2022, the date on which his bond ends.

“We will try not to repeat this case. He has one year left and he does not want to renew. It is a situation that we do not accept. And we must act. He is a great player, and if he does not renew, he already knows that he has other solutions. We do not want players, what We have done at home, that in the absence of a year they do not want to renew. They have been given opportunities, but above all there is the club and they can not give us this type of pulse, and I would like you to reconsider. recognize what we have done for him. We will not accept that he goes free. Whoever wants to leave, is free but with certain conditions. Unfortunately, he is like this, “he commented Joan Laporta.

The footballer made the leap to the first team last year, participated in 18 games, and considers the financial demands that he is inflexiblely raising to be disproportionate. Koeman He was counting on him, but he understands the club’s position.