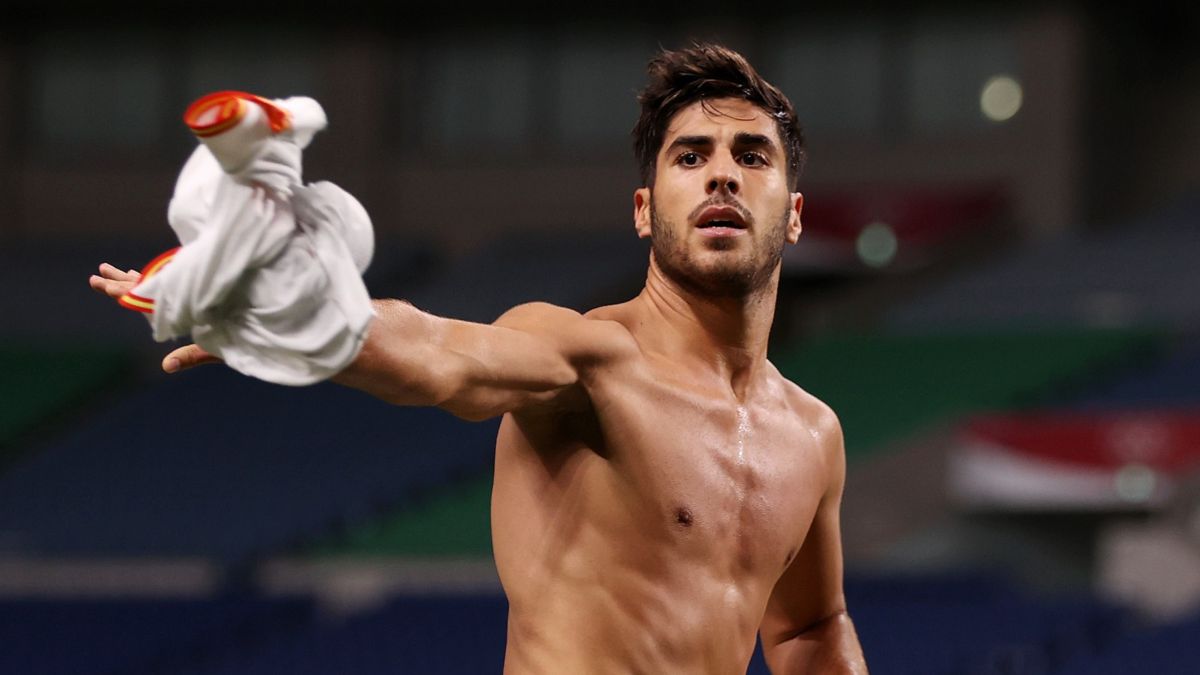 Unai Simon. Always alert. At the Games, he looks more like a libero than a goalkeeper. Of course, when he has to stop, he does not fail: he stopped a point-blank shot from Kubo in the area.

Oscar Gil. Again he saw a yellow too early and conditioned his match. The Japanese tried to attack by his band and that prevented him from being seen in attack. De la Fuente changed him at half time.

Pau Torres. Once again, sober and imposing. If Japan hardly had any chances, it was thanks to the triangle it forms with Eric and Zubimendi. They solve all problems before they exist.

Eric Garcia. He seems to be playing while walking. And it is not at all derogatory, quite the opposite. He is always well placed and transmits security and calm with the ball; he hardly needs to run.

Cucurella. The band went up less than what we are used to. Probably not to leave spaces before a Japan specialized in counterattack. Even so, he made a good game.

Zubimendi. Their matches are never showy, but they are necessary. He is not lavish in attack and hardly intervenes in the creation of the game, but for De la Fuente he is indispensable. With him on the field, his teammates feel more liberated. He saw a necessary yellow in discount and Moncayola was substituted in extra time.

Merino. The most dangerous man in Spain until they changed him. He moved well between the lines, a Cucurella cross headed over the crossbar, leaving Rafa Mir alone with a great first-touch pass that the forward did not take advantage of and caused a penalty that the VAR ended up correcting.

Pedri. He moved around the field but was not decisive in any action. He asked for her constantly and tried to associate but did not have his day. Asensio replaced him in 84 ‘.

Oyarzabal. He changed his role and played as a winger instead of a false 9, as he had done throughout the tournament. In the final minutes, and with the entry of Asensio and Puado, he got hooked and improved. He participated in Asensio’s goal.

Elm. Completely gone. He did not touch a ball and Puado replaced him at game time.

Rafa Mir. He won the title after his hat-trick against the Ivory Coast. He had two very clear occasions, one at the end of each half, but in both he threw the bulge and crashed the ball in Tani.

Vallejo. He replaced the admonished Óscar Gil at half-time and played as a right-back. As always, more applied behind than in front. He saw the yellow at 110 ‘for a strong stomp on Sakai.

Carlos Soler. He entered for Merino, who had yellow, in 60 ‘. Like all De la Fuente changes, it gave the team verticality and improved the game in Spain, but it went from more to less and in overtime it faded.

Handful. De la Fuente introduced him in place of Olmo and contributed more than Leipzig. It was vertical and looked for the goal a couple of times.

Asensio. The man of the match. His was the goal that ensures Spain one more medal in these Games. Of course, it is proving to be a better revulsive than a starter. He started his two best games on the bench and in both he was decisive. His goal screwed with his left leg, a marvel.

Moncayola. De la Fuente did not want to leave Spain with ten in extra time and gave him entry through the admonished Zubimendi. It complied.

Miranda. He came in through an exhausted Cucurella in the second part of extra time to seek depth in the final minutes.