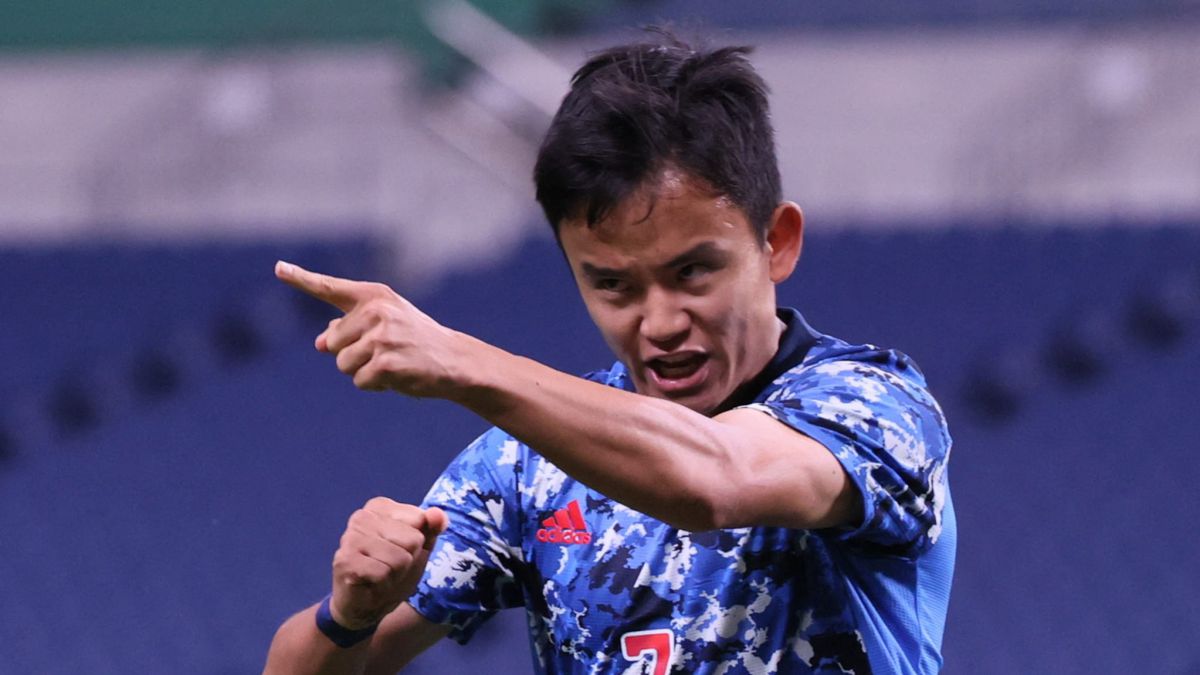 Two goals and two victories. Those are the statistics of Takefusa Kubo (20 years old) in his two matches played at the Olympics. The attacking midfielder of Real Madrid is a key player in the Japanese National Team and his two goals allow his team to be the current leader of Group A ahead of Mexico, France and South Africa.

Against the African country (1-0), Kubo scored the only goal of the match after a high-quality play: he was heeled on the right wing, overflowed the defender inwards and hit him with his left leg towards the goalkeeper’s long post. In the second game of the group stage, against Mexico (2-1), Kubo scored the first goal of the night and together with PSV Eindhoven right winger Doan was the best player of the match. The truth is that Kubo is having a great start to competition and not just because of the numbers. From the middle of the field, all the balls go through the white soccer player and when he has the ball at his feet he gives a quality touch to his team to get closer to the rival goal.

However, this great role that he plays in Tokyo is difficult for him to play this season in Valdebebas. Since he arrived free in the 2019-20 season from FC Tokyo, the footballer has not played any official match with the Madrid team. In this campaign, his few minutes in Villarreal and Getafe (clubs where I was on loan in the 2020-21 season), the problem of non-EU citizens is added. The League only allows three players of these characteristics to participate per squad and, in the case of Madrid, it has up to five: Militao, Vinicius, Rodrygo, Bale and Kubo. That is to say, Madrid will not be able to register two of these players in the League and Kubo is the one who seems clearer that he is going to leave.

In the last weeks, the Japanese footballer has been associated with Real Sociedad, where it could arrive in the form of an assignment. This would be his fourth assignment since landing in Madrid. In the 2019-20 season, Kubo played his best minutes for Mallorca: he participated in 36 games in which he scored four goals and gave 4 assists. In the 2020-21 season, however, the Japanese only completed a total of 15 games in his assignments in Villarreal and Getafe. A total of two goals and four assists in both clubs. However, Kubo has the illusion of succeeding at Real Madrid in the coming years. He has a contract until 2024 and the player is confident that one next season he can stay at the club and prove his game. A club, Madrid, that for now only intends to give him but that, if a good purchase offer arrives, he could study it.