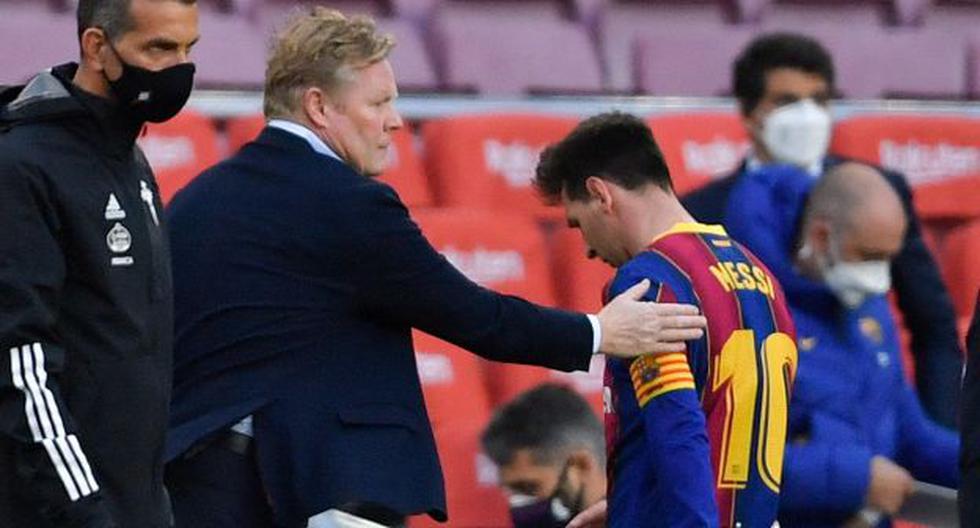 The output of Lionel messi of the FC Barcelona, after twenty-one years, it has been a very hard blow for Ronald Koeman. The name of the Argentine forward will no longer appear on the board of the technical talks that the Dutch gives before, during and after each game. However, the coach knows that the show must go on, that it is time to turn the page. It is for that reason that the former coach of Valencia has dared to ask the president Joan Laporta a signing for the lead in the summer pass market.

According to the Spanish portal ‘Don Balon’, Koeman plans to play with Depay and Griezmann on the wings and Pedri behind a single center forward who would be none other than Alexander Isak, Real Sociedad attacker and known as Zlatan’s successor Ibrahimovic in the Swedish national team.

According to the aforementioned source, Isak is not a new name for Barcelona. In fact, the scouts of the Barcelona club followed his performance in the last European Championship. And despite the fact that he did not score goals in the international competition, he left a good impression on the scouts of the Catalan team.

“In the Eurocopa they were following him closely, and they were enthusiastic, despite the fact that he could not score any target. At 21, he already accumulates some experience in the elite, after passing through Borussia Dortmund or Willem II, and his price would not be crazy. Because about 30 million euros would be enough to be able to take the Swedish international, who would love to sign for a team that plays the Champions League “, publishes ‘Don Balon’.

According to ‘Transfermarkt’, a portal specialized in the appraisal of players, Alexander Isak, who has a contract with the Royal Society until mid-2026, is valued at 40 million euros, in times of the coronavirus pandemic.

Precisely, Alexander Isak will face Barcelona this Sunday in the framework of date 1 of LaLiga Santander. At Camp Nou, the Catalans could confirm that the Swedish striker is what they need to empower an attack that has been weakened after the departure of Lionel Messi to PSG.