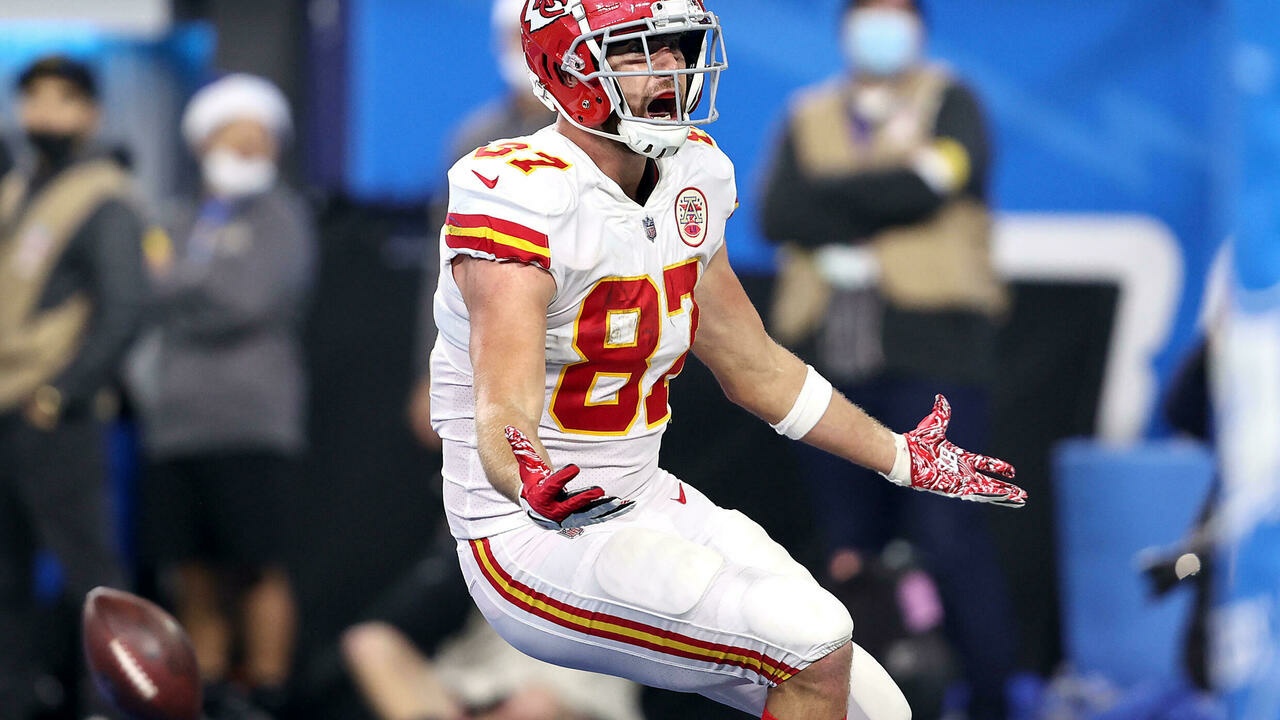 The clash at the luxurious SoFi Stadium was presented as a duel between Patrick Mahomes (Chiefs) and Justin Herbert (Chargers), two of the best young quarterbacks in the league, but it was Kelce who finally sentenced the suffered seventh victory in a row for Kansas City.

Mahomes, 26, MVP (Most Valuable Player) of the 2018 season, completed 31 of 47 passes for 410 yards and three touchdowns with an interception.

Herbert, 23, one of the emerging figures in the NFL, completed 22 of 38 passes for 236 yards and two touchdowns with an interception.

Herbert had brilliant moments in a game in which he became the NFL player with the most passing yards in his first two seasons.

The Chiefs advanced on the scoreboard in the first quarter but it was the locals who took a 21-13 lead early in the fourth quarter.

Mahomes, who had had a low-key night, took over with a one-yard first touchdown pass to Tyreek Hill.

With a subsequent two-point play, the Chiefs equalized at 21 but Herbert responded with an assist to Keenan Allen for a touchdown that advanced the Chargers 28-21 with two minutes and 19 seconds left.

Kelce, who had already dazzled with a 69-yard dash, then appeared to send the game into extra time with a touchdown from Mahonmes 1 minute and 16 seconds from time.

In overtime, Mahomes reconnected with Kelce, who scored the final touchdown with another powerful 34-yard run.

The tight end finished with 191 rushing yards on 10 receptions for two touchdowns.

The Chiefs thus distance themselves at the head of the Western division of the American Conference (10-4) from the Chargers themselves (8-6), who occupy the second place.