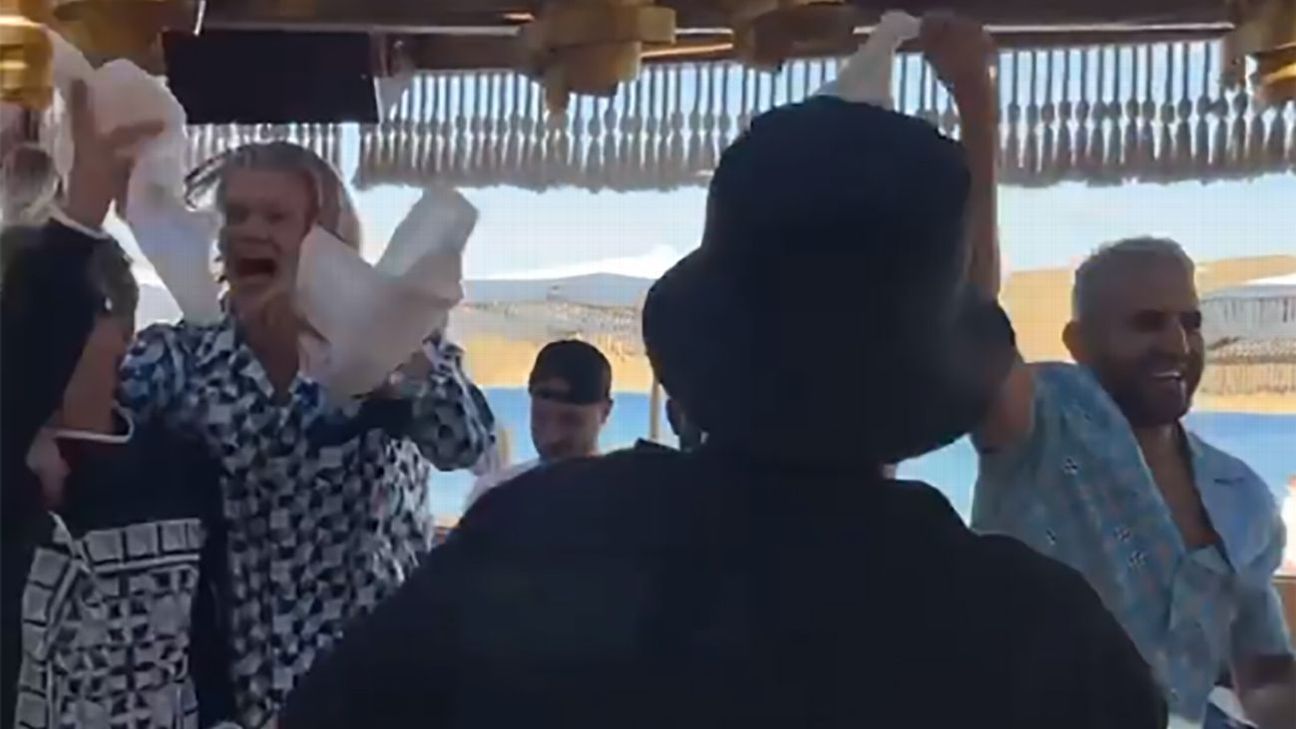 Maybe Erling haaland Don’t play Euro 2020 this summer as Norway failed to qualify, but one of the most coveted youngsters in world football continues to be the subject of rumors as he enjoys his vacation.

The Borussia Dortmund forward is enjoying a well-deserved break on the Greek island of Mykonos after scoring 41 goals in 41 games for the Bundesliga club last season.

Therefore, Haaland has received interest from practically all the big clubs in Europe. However, with a gap the size of Sergio Agüero to fill up front, it appears that Premier League champion Manchester City could have outstripped their rivals in the competition to sign him after putting their best agent on the case.

Riyad mahrez, City forward, is coincidentally spending his postseason break in Mykonos. The Algerian international was partying at the Principote beach bar with a group including Fulham player Anthony Knockaert and Dawn Ward, wife of former Premier League striker Ashley Ward and star of “The Real. Housewives of Cheshire “.

In Ward’s Instagram Stories, Mahrez and company can be seen dancing to Eric Prydz’s “Opus”, and then Haaland joins in on the fun waving napkins with his new friends on vacation.

The video quickly spread on social media, fueling rumors that 20-year-old Haaland will follow in the footsteps of his father Alf-Inge by playing in the Premier League for City. Mahrez did not help curb speculation, joking that ‘Agent Mahrez’ was busy working on his undercover mission. Shortly after, seeing the uproar he had caused, Mahrez sought to reassure his followers that he was “just having fun.” Sure, Riyad.

(just having fun calm down 😂💙)

Sources told ESPN they would need a financial package of around € 350 million in total to sign Haaland in the summer. While City is one of the few clubs in the world that could spend that amount of money, even they would refuse to pay the € 180m transfer that Dortmund intends, plus all the other expenses, salary and extras they would have to. consider.

However, despite interests across Europe, sources have told ESPN that Haaland would be happy to stay in Dortmund for at least another year and plans to evaluate his options in the summer of 2022.

He is undoubtedly enjoying this postseason break, and would not seem too affected by missing one of the biggest international tournaments in Europe right now.

PICTURE EXCLUSIVE: Erling Haaland parties on yacht in Mykonos with friends and bikini-clad women in eye-catching £ 2,250 outfit after missing out on Euro 2020 https://t.co/9XfjmJfhJy

Haaland is occupying his time strolling along the coast and sporting eye-catching designer suits.

The young forward was seen relaxing with friends aboard a luxury yacht, with him and his group sporting high-fashion designs.

But the one that has stood out the most is her multi-colored Louis Vuitton two-piece set, which has a retail value of around $ 3,170.

While we know that Haaland would certainly rather be showing off his talents in 2020, he is not disappointed to have to watch it from a sunny Mediterranean paradise.