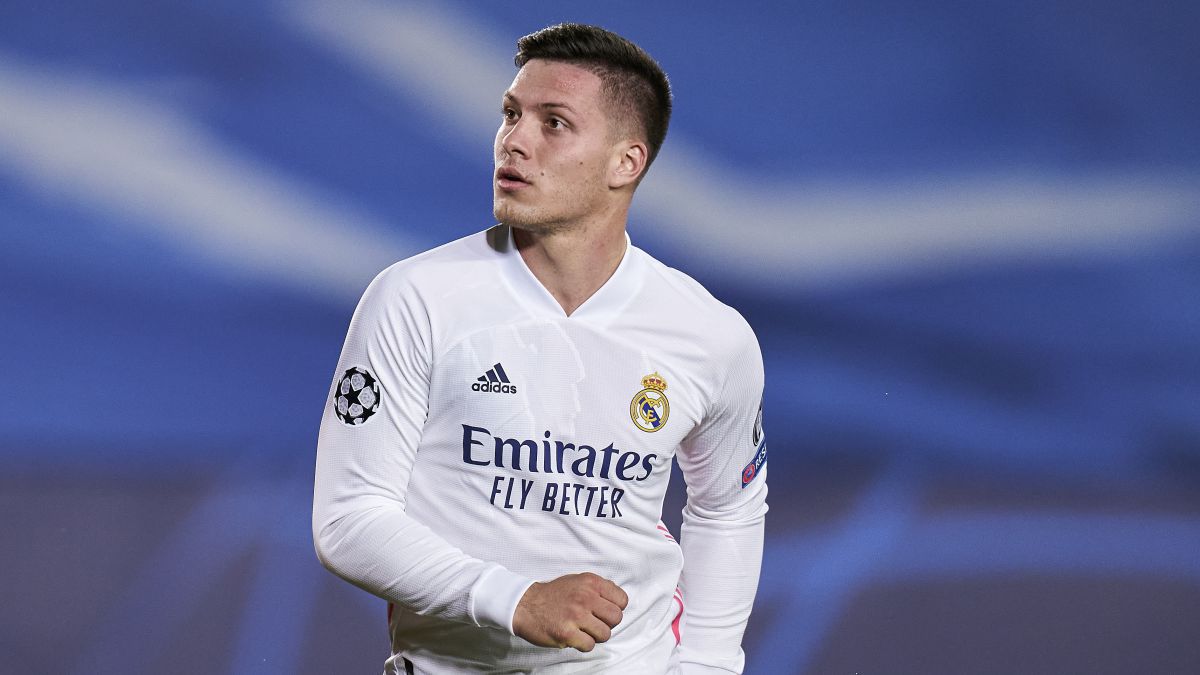 Luka jovic (23 years old) is having a difficult course in the Real Madrid. The Serbian striker (born in Bosnia) has been at a low level for two consecutive seasons. His intention is still to stay in the Madrid and earn the trust of Carlo Ancelotti. However, first an overload on the thigh, and then its low performance against Rangers They have not allowed the Italian manager to show that he can play an important role this season. Jovic he was the owner again with him Madrid after its assignment in the Eintracht Frankfurt and missed a great opportunity. Serbian left very worrying feelings in front of the Scottish team. He did not have any scoring opportunity. He was not comfortable, he looked slow and was gray again in attack. Ancelotti decided to move the bench to halftime and sat down Jovic to enter Arribas. As As has learned, the change was agreed, given that the forward was returning from an injury.

The next (and last) pre-season friendly meeting of the Madrid team before starting the season will be next Sunday, August 8, against Milan in the stadium Wörthersee Stadion in Klagenfurt (Austria). The Serbian will have a new opportunity to redirect his situation. If nothing changes in the coming days, Jovic will remain the only pure center forward available to Ancelotti, as Mariano continues to have discomfort and Karim Benzema it is low, due to its positive for COVID-19. Hence Jovic He has all the ballots to be the starting striker again in the next game.

The Madrid entity contemplates two options with the Serbian. The first one is to give it a new try. For now, it is Ancelotti who should decide what role it will have Jovic in the team. It must be remembered that the Italian coach already wanted to sign him three years ago in his stage as coach of the Naples. Something about the Balkan forward attracted the transalpine coach and a good performance against the team Rossoneri could make the Italian coach consider the possibility of including him in the starting eleven of the first league day of the Madrid in The league in front of Alaves in Mendizorroza next Saturday, August 14.

The second option of the Real Madrid is to sell. The white club does not close the door to a possible transfer and more after his last performance. Still, el Madrid continues to hope that the Serbian will step up and show his true potential, in the hope that this will attract potential buyers. However, the preseason is coming to an end and Jovic still won’t start. At the moment they have the friendly against him Milan and the first three days of League (Alavés, Levante and Betis) to show his qualities before the end of the summer transfer market. The task is not easy, the Serbian has only scored six goals in the last two seasons, cost 60 million and earns five million net per season. The Real Madrid wants to enter as much as possible to make cash, thinking about Mbappe, and if a substantial transfer offer arrives for the Balkan, the Madrid I wouldn’t think twice.