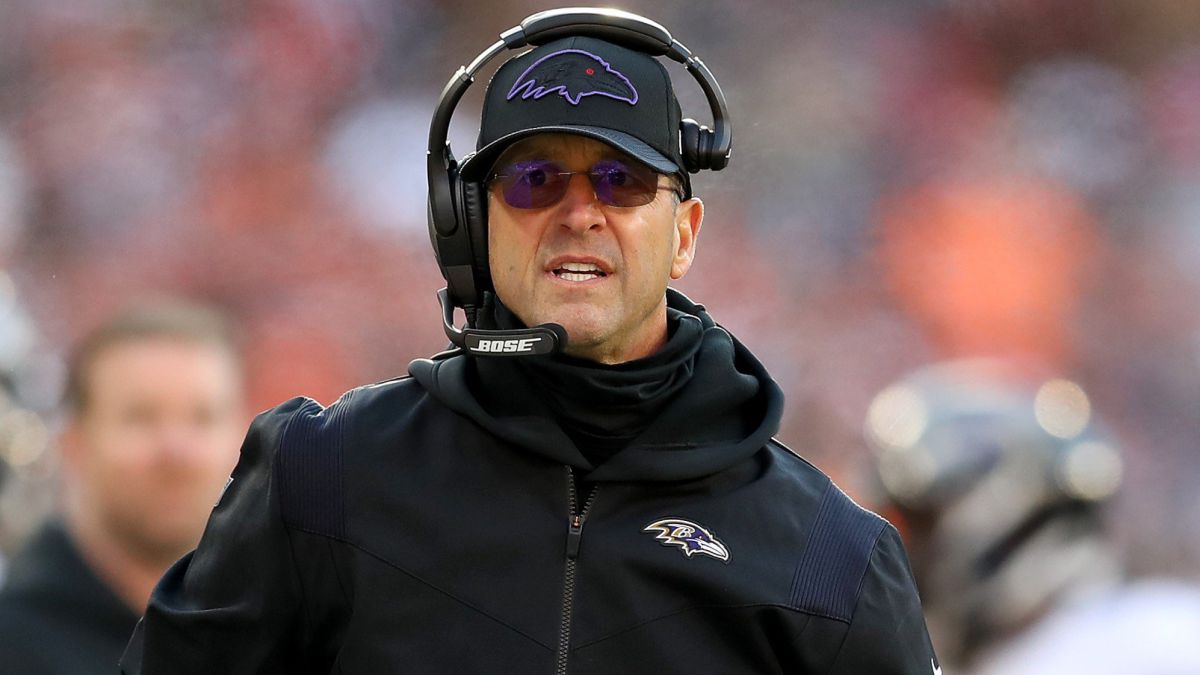 John harbaugh he is an “old school” coach. He is 14 years old at the helm of the Baltimore Ravens; only one season with a losing record; 148 wins, 11 of them in the Playoffs, and a Super Bowl title. It is a resume that anyone would like.

Harbaugh, however, has made a couple of decisions that have cost him two losses in the most recent three weeks. Painful, because if the season ended today, his Ravens would be out of the Playoffs.

Baltimore trailed 28-17 to Green Bay early in the fourth quarter, but the backup quarterback’s second rushing touchdown Tyler huntley he brought the Ravens closer to 31-30, with just 42 seconds left on the clock.

All Harbaugh needed was the extra point to – probably – send the game into overtime. Because in 42 seconds, Aaron Rodgers can win a game on Sunday they tell me.

The coach, however, decided to go for the two-point conversion to win the game at regulation time, but the pass to Huntley was deflected by safety. Darnell savage. I play for Green Bay.

“Yeah, we were just trying to get the win right there,” Harbaugh said late in the game. “In overtime … I think our chances of winning were a bit higher than in overtime, maybe, if you calculate it. I felt good, I think we made a good play. Once again they did [los Packers] a very good move. I have to give that defender a lot of credit for deflecting that ball. “

The same thing happened to him a couple of weeks ago against the Steelers. But Harbaugh said he was satisfied with his decisions.

“For me, in both cases that gave us the best chance of winning. Because we don’t win doesn’t mean it’s not true. It is still true now, as true as it was then. But, it doesn’t always work ”, he replied, when the subject was pressed.

Can’t believe Harb’s 2 point call is even being debated ..

So you wanted the #Ravens to kick it, hope you win a 50/50 coin toss in OT, hope you can drive all the way back down the field to get exactly where you ALREADY ARE, which is in a position to WIN the game. @WJZ

Was it the right decision?

First of all I want to say that I respect the guts of Coach Harbaugh for always trying to win the game. That’s what it’s all about.

Coaches who play not to lose do not transcend, neither in this, nor in any other sport. That said, I think Harbaugh was wrong, not in the end, but before.

The Ravens coach knew he would seek the two points in the event of a tie. That being the case, I think he should have gone for the conversion when his team approached 31-23, with 4:47 left in the game. If you fail it, you are still eight points away; If you do, you can win the game without risking conversion.

That is where I find flaws in your logic.

The error was not going for 2 down 8.

On the final decision, we had breakeven% at 51%, which means very slight lean toward PAT but can really go either way. Close enough that factors like injuries are worth considering.

Harbaugh did make a mistake. But it was on prior TD.

Huntley revealed what his coach told him: “We are going to score two touchdowns and we have faith that we are going to get that two-point conversion.”

His players loved the decision.

“I think the people who doubt it are wrong. I think it was the right thing to do, “said the tight end. Mark Andrews. “We are an aggressive team. It’s a good Packers team, and for us to be able to be there [y] almost win it … That’s the chance you want. So, I loved the decision, and I think we are over it. We are going to continue being aggressive ”.

Harbaugh is one of the best coaches in the NFL. That is not up for discussion. But, from this point on you need to think better of your decisions when the games are on the line, because another risk / loss could cost you to be left out of the Playoffs for the first time since 2017.

Perhaps an extra point will give your team more chances to win games.

See what your calculations say.

John Harbaugh was wrong, but not at the end of the game