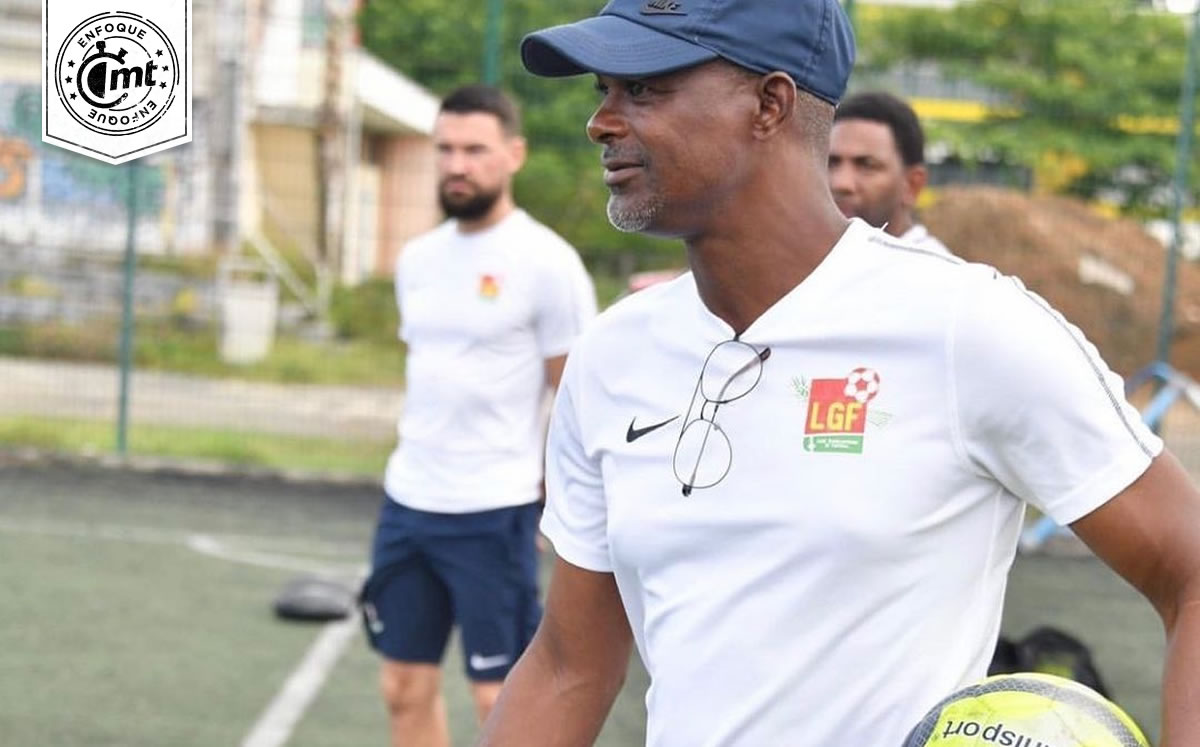 Born in Les Abymes, the largest city in Guadeloupe, a Caribbean island that is also one of the five overseas departments that France has, a country to which Jocelyn Angloma defended as a footballer.

The former player of the PSG Y Olympique de Marseille, a pair of the four clubs in which he played in the French First Division, today is the Guadalupe coach, a Selection that will have its fourth participation in the Gold Cup, in which it debuts tonight against Costa Rica.

Absent in the five previous editions of the Concacaf tournament, Guadalupe today is headed by a strategist who as a footballer he even won the Champions League, and that he shared the field with figures such as Didier Deschamps, Fabien Barthez and Marcel Desaily.

That same year, with Olympique he also raised the title of the France league, with which the golden age of the team concluded, which achieved four championships in a row, placing him as the second winningest in French football, only behind Saint-Etienne who is in first place with 10 stars.

But it was not the only thing that Jocelyn Angloma achieved in Europe, because after a discreet three-year stint in Italian football, she reached Spain to sign with him Valencia in 1997. In the 1998-99 season he won the Copa del Rey and the Spanish Super Cup with the orange team.

Two years later, in the 2001-02 campaign he was part of the squad that won the Spanish League, ending a 31-year drought that Valencia added, which had not embroidered a star on its shield since 1971.

WHEN DOES YOU DEBUT IN CUP ORO?

The Selection of Guadalupe is located in Group C of the Gold Cup 2021, and will make its debut this Monday, July 12 (9:00 p.m. Central Mexico) against the Ticos in Orlando, and then face on Friday Jamaica and close the Group Phase of this competition on July 20 before Surinam.

In this tournament, Mexico debuted the weekend with a surprise goalless draw against Trinidad and Tobago, and will resume its activity next Wednesday against Guatemala, in their second Group Stage match.

ANGLOMA HAS NOT BEEN THE ONLY ONE

As well as the DT of Guadalupe, who also directed in the Caribbean was Patrick Kluivert, former Ajax and Barcelona player, who currently manages Curacao, after he had already done it for the qualifiers for Russia 2018 and the Gold Cup 2019. This time he returned due to the health problems that his Dutch compatriot had, Guus Hiddink.

Even the 1998 World Cup champion French team had among its ranks Lilian thuram, precisely who was born in Guadalupe directed by Angloma.