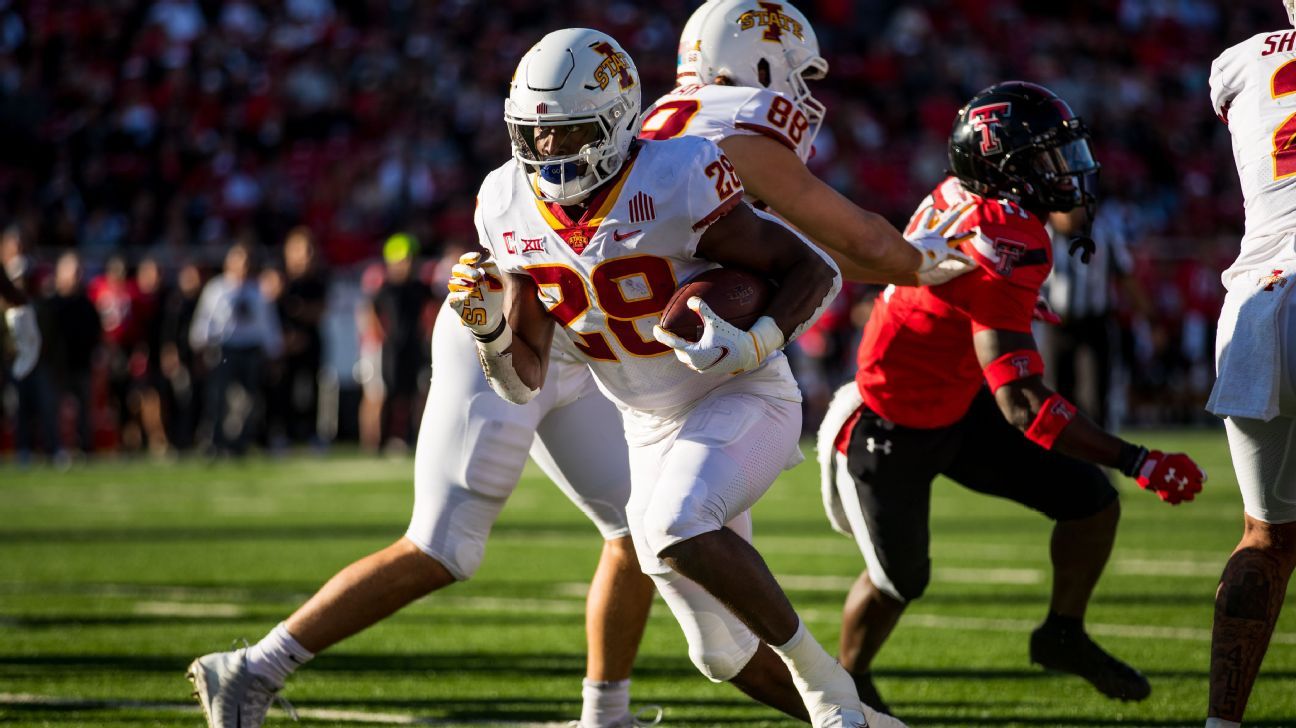 The running back from Iowa State will strengthen New York’s offense, joining the backfield led by Michael Carter

The New York Jets they took the first runner from the Draft 2022 of the NFL.

The runner from Iowa State, Breece Hallwill reinforce the offensive of New Yorkjoining the backfield led by Michael Carter.

Hall5 feet 11 inches tall and weighing 217 pounds, finished his three-year career in Iowa State with 718 carries for 3,941 yards and 50 touchdowns, averaging 5.5 yards per carry, he also had 82 receptions for 734 yards and six touchdowns.

During the NFL scouting combine, Hall he clocked 4.39 seconds in the 40-yard dash and had a 40-inch vertical jump and a 10-foot-6 long jump.

Last season, the jets they finished with 1,667 rushing yards and 14 touchdowns.

Michael Carter was the most productive player with 639 yards, followed by Tevin Coleman and Ty Johnson.

Hall He was the third player chosen by the jets in the draft, after New York He had three turns in the first round.

Cincinnati cornerback Ahmad Gardner was the first to hear his name at No. 4 overall, followed by Ohio State wide receiver Garrett Wilson at No. 10.

In the last turn of the first round, the jets they took Florida State defensive end Jermaine Johnson II at No. 26.

The jets they have three more picks in the draft, if they don’t trade: the third-round No. 37 and in the fourth round they pick at No. 6 and No. 12.

Jets take Breece Hall, No. 1 running back in draft, in second round