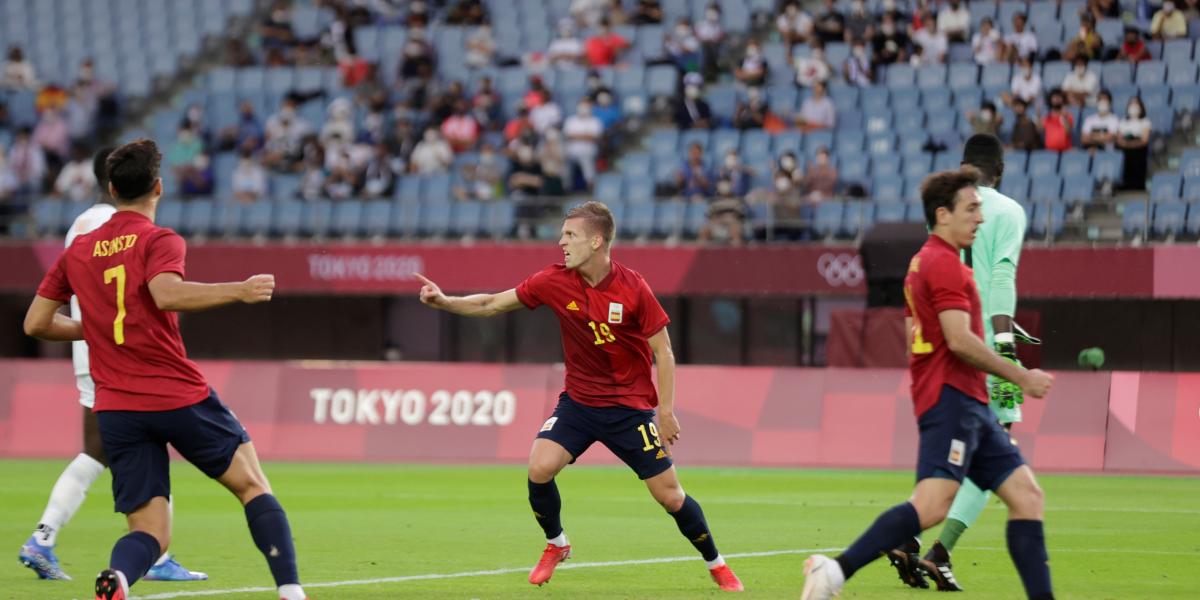 Spain and Japan face in the Tokyo 202 Olympic Games football semifinals1. It will be in a decisive match, as the winner will secure the medal and win the power option fight for gold, the great goal in Japan of the Spanish team. The national team arrives at the meeting full of confidence after the great emotional boost that their victory in the quarterfinals brought against Ivory Coast by 5-2.

Spain He was on the ropes after a goal from the Ivorians in the 91st minute of the game that put it 1-2. But nevertheless, Rafa mir he threw the equipment on his back. His was the goal in the 93rd minute that allowed those of Luis de la Fuente force the extension. In it, the Wolves player on loan to Huesca last season was decisive.

The selection started losing after a goal of Bailly. Dani Olmo achieved the draw and, after that madness in the final minutes, Mikel Oyarzábal penalty put Spain ahead in overtime. It was in her when he sentenced Rafa mir with another two final goals to sign the “hat-trick” and close a match that had been very complicated for the Spanish team.

After the wear and tear of those quarterfinal matches, Spain You will have a chance to get a medal if you win one of the following two matches. The objective is to overcome in the semifinals Japan, who also had to play 120 minutes to beat New Zealand. In his case, it was also after the penalties after the 0-0 in game time.

The selection led by Take kubo she shone in the first phase, in which she was the only one capable of scoring three victories. Defeated South Africa, Mexico and France with a sensational performance by the player of the Real Madrid, who was on loan last season at the Villarreal and in the Getafe. Therefore, being able to stop their movements will be one of the keys to Spain in order to fight for victory.

Both teams already know each other, since they were measured in a friendly in Tokyo prior to the start of Olympic Games. Then they tied 1-1, in a match in which Doan overtook Japan and in which Carlos Soler tied a few minutes before the end.

Spain dreams of being able to conquer his fourth Olympic medal. Never since the year 2000, in Sydney, when it was silver after losing on penalties to Cameroon in the final, he had come so close to it. In addition to that money, he added another second place at Antwerp 1920 and, above all, the Barcelona gold 1992, the dream you want to emulate in 2021. Brazil and Mexico They dispute the other semifinal.

When is Spain – Japan played?

Where to see the Spain – Japan?

The encounter can be seen by La1, RTVE Play, Eurosport Player and, in principle, Eurosport 2. You can follow all the information about the match live on the Sports World website.