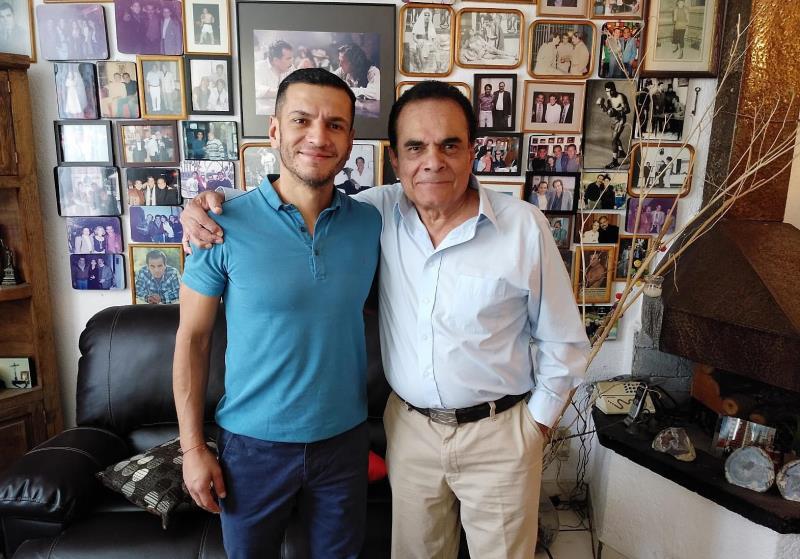 Tokyo, Aug 5 (EFE) .- This Friday, at Saitama Stadium, the coach of the Mexican soccer team, Jaime lozano, will dispute the bronze of the Olympic Games as an act of love, consisting of restoring to his father the glory he did not have in 1968.

Hand in hand with Lozano, Mexico will face Japan, in a duel that will have a lot of reckoning. The Asians were the executioner of the Mexicans in the match for third place, held at the Azteca Stadium, at the Games 53 years ago.

Lozano was 10 years away from being born, but he knows that the villain who spoiled the party was striker Kunishige Kamamoto, scorer of the two goals with which the Japanese caused Mexico one of the most painful setbacks of their Games.

The country’s fans will wake up this Friday before sunrise, confident that the “tri” will make the Japanese pay for their humiliation. For the coach, the match will be something else, the opportunity to give his father the medal that he could not win in the 1968 boxing competition in Mexico.

More than half a century later, retired boxer Jaime Lozano Aguilar remains angry because in the eighth-finals the judges voted in favor of Peter Tiepold and deprived him of fighting for the medal in his best sporting moment.

“I gave him a beating, the newspapers recognized it, but Tiepold was from East Germany and then the socialist judges joined and benefited from each other. I didn’t even win that day by knocking out,” the coach’s father tells Efe.

Although he is identified in Mexico as a renowned television, film and theater actor, Lozano Aguilar keeps deep within his soul the memory of his fights, enjoys remembering his 5-0 victory over Ghanaian Emmanuel Lawson and sinks into the melancholy when he remembered the lawsuit against the German.

“I had a hurt hand, kidney problems that I later lost. I didn’t say anything so they wouldn’t remove me from the team and even so I dominated that German with the ‘jab’; he was a tall guy, but I stopped him with my best blows left-handed, “he remembers.

After the Games, the Mexican studied acting, read, learned scripts, wrote poems, worked on dozens of plays and forgot about boxing, the sport he approached to escape from the harassment of the tough guys in his neighborhood, and that he led to the Olympics.

On the 10th anniversary of the opening of the Mexico Games, Lozano did not celebrate. Two weeks earlier, he had lived the most sublime moment that a man can experience: he became the father of a child whom he named after, from whom he inherited his passion for sports and also the genes of the damaged kidney.

“As a child I had to operate on him, unlike me, he saved the kidney and it was fine. I remember him desperate to get out of the hospital to go play, and then it was all passion, like now,” he says.

The actor had the pleasure of seeing his son grow up, of applauding him when he played for Mexico in the 2004 Athens Olympics and of praising him when he was a two-time champion as a player for the Pumas UNAM and later, when he emigrated to Spain to prepare as coach.

“He is a man who overcame obstacles since he was little, the surgery and others later on. At age 13 I took him out of the children’s team of the América club and took him to Pumas, he had an impressive touch, he seemed to put the passes with his hand and he scored goals without being a forward, “he says.

The Mexico coach was educated in civility and discipline. His father believes that because of that and because of his passion he has gone far at 42 years old and thanks him that these days he has made him feel unknown emotions when he was the Mexican king of light welterweight, ready to get tangled up with whoever he was.

“I saw the quarterfinal match against Korea at dawn, it made me nervous, I suffered chorrillo (diarrhea); it’s the fear that I never felt in the ring. I celebrated Mexico’s first goal in the bathroom, then I told my son “, he confesses.

This middle Friday Mexico will put weight on the shoulders of coach Jaime Lozano. They will demand that you defeat Japan at home and restore honor.

The coach accepts that it will be the most important game of his career, but he will exchange the old rancor of the fans in love. In the depths of his being he will assume the duel in the name of his father, who would like to hang the medal that the old man was able to win in his early years.