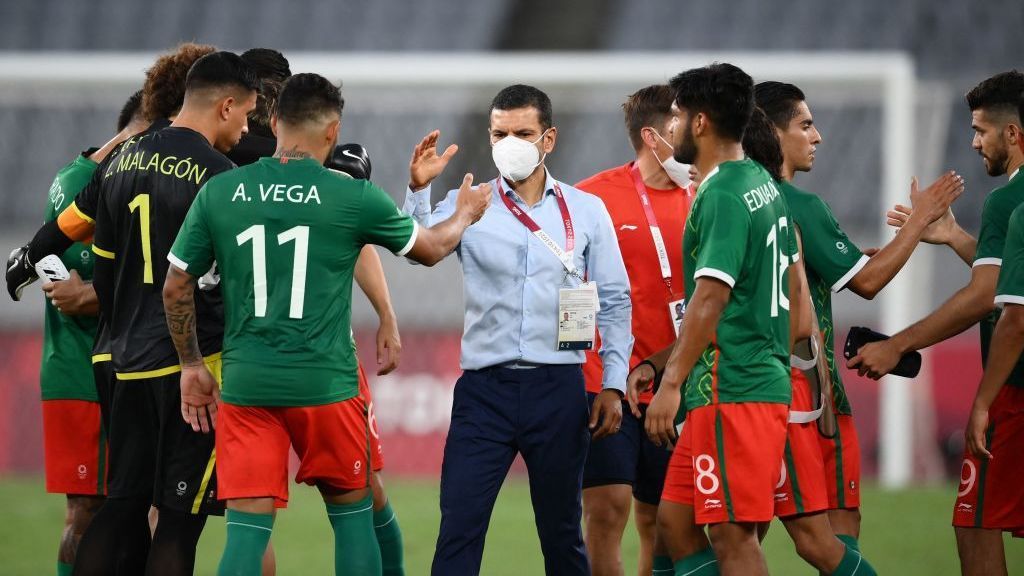 For Jaime Lozano, the fact that the Mexican National Team does not have several players in Europe weighs heavily on this kind of game, such as the one they lost to Brazil in the semi-finals of the Olympics.

The technical director of Tri Olímpico, Jaime lozano, hopes that many of its players in Tokyo 2020 can emigrate to the Old Continent considering that Aztec football needs footballers in the best leagues to be able to fight against the most powerful teams.

After the defeat against Brazil in the semifinals of the Olympic tournament, Lozano acknowledged in a press conference that the Rio de Janeiro team was superior, thus emphasizing his illusion that more Mexicans will play Europe so that the national squads increase their level.

“Hopefully after the Olympics they go to good clubs, in the elite. We must have more players in Europe in the best leagues to compete against rivals like Brazil who have three consecutive Olympic Finals.

“I wanted to win anyway, they attacked us with four or five players. He trusted Memo Ochoa because during the game he left a clean sheet against a rival like Brazil. We were not dominators, but we had chances, “he said.

For his part, Roberto Alvarado expressed his sadness for being unable to fight for the gold medal, but assured that the group is already mentalized in seeking the bronze medal.

“We have been here for a long time, without seeing the families, without seeing the people we love and not being able to reach the Final and fight the gold medal, it does frustrate and it hurts a lot, but now we have to continue. To turn the page that there is still a chance to fight for a medal, “Alvarado told Aztec TV.

Similarly, Uriel Antuna acknowledged that it is difficult to process defeat, however, they are determined to seek victory against the Japan National Team and stay with third place in the competition.

“We are a family, they fought to the end. On penalties it is a toss and we had the worst part, but we have to raise our faces and support the teammates who missed the penalty. The one who does not shoot is the one who does not try, all my support for them. The team is still together, we are going to fight for that medal, “he told Brand Claro.