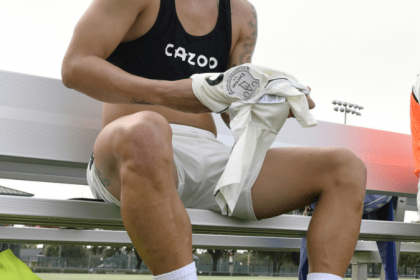 Everton’s participation in the Florida Cup 2021 culminated. The English team beat Millonarios in the decisive duel (10-9. Penalty shootout) and this Wednesday they won the friendly against Pumas de México 1-0.

James Rodríguez was in the spotlight around the world. Not only for being the great figure of his team but also for the decision that coach Rafa Benítez would finally make with his place in the starting eleven.

Although his performance against the Albizules was very weak, this Wednesday against the Mexicans really interesting things were seen.

For this second game in the United States, James started as a substitute. Benítez’s criticism was clear and this time he chose to reserve it for the second half. Quality alone is not enough.

His entry showed specific details. While against Millos he was a playmaker, against Pumas he was used as a right winger. Same position he had with Carlo Ancelotti.

From there the change was seen. In attack, he received and immediately cut inwards to have the whole panorama of the field; in defense, he was ahead with Broadhead and Doucouré took over from the right.
.
The first appearance of the cucuteño was just the second part began, when he received a right hand and wanted to leave Gordon alone in front of the goal, but the latter did not reach the goal.

Then he was present with shots on goal, something he did not have at all in the previous game. First it was with a far left foot that was deflected and then with a shot to place inside the area that the rival goalkeeper saved very well.

Precisely this last option revealed a movement that Benítez has surely been working on. Broadhead, who was supposed to be the 9th, was thrown on the wings to win in the one on one and sends centers back so that a teammate, almost always it was James, could reach the auction. The young man came out of the middle and the Colombian arrived as a playmaker.

Thus, it was an important presentation of number 19. Clearly he still needs to get more ready, especially in the physical part, but he already shows important aspects: auction, movements with the forward, changes of front.