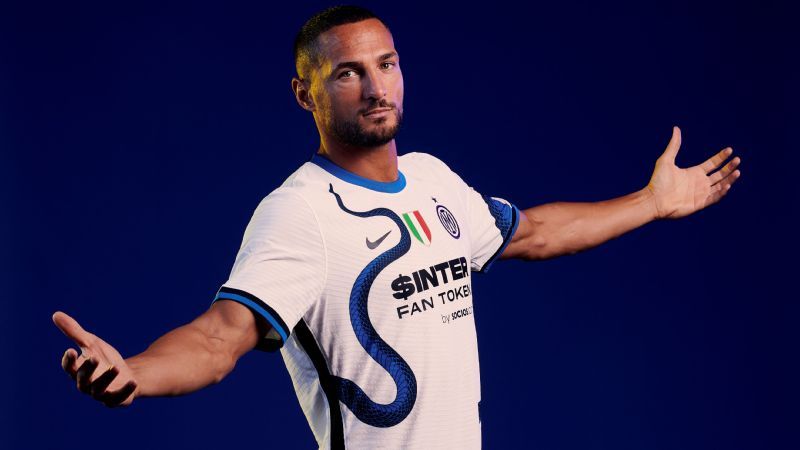 Inter Milan have launched their new away jersey for the 2021-22 season; and if by chance you suffer from acute ophidiophobia, we suggest that you stop reading.

The white jersey is highlighted by a gigantic graphic with a blue and black snake that glides across the garment, thus following the reptile motif displayed on the accompanying home jersey, unveiled last week.

The Inter home jersey for this 2021-22 tournament takes the famous blue and black vertical stripes to another level, with a “snakeskin” print.

And tell me if it doesn’t look wonderful.

The newly launched away jersey makes a much more direct allusion to the subject, with a drawing of a snake wriggling around all four corners of the jersey.

The design also serves to commemorate the 10th anniversary of the last occasion in which the serpent-dragon “Biscione” (which has been a symbol of the city of Milan for several centuries) appeared on an Inter shirt, specifically on the away model. of the 2010-11 campaign. The Nerazzurri wore the garment during the season of the historic interista treble, orchestrated by DT Jose Mourinho.

Returning to the present, the two brand-new Inter jerseys are the first to be adorned with the new club crest, first revealed in March 2021.

The new skin of an icon, Made of Milano.
Diamo il benvenuto alla nuova Away Jersey!#IMInternazionale #IMMilano pic.twitter.com/MDmsDbV6Bl

In the new design, the Inter shield underwent a “streamlining” process in which the letters “FC” shown on the previous shield, as well as the gold color, were removed, leaving a minimalist white motif with the letters ” IM ”wrapped in a simple black roundel.

Additionally, Inter’s new jerseys are the first to showcase the club’s new title sponsor, replacing tire manufacturer Pirelli after spending 26 years at the center of clothing.

In fact, Dennis Bergkamp was still playing for the Nerazurro team the last time Inter had a different logo from the Milan-based company adorning their jerseys.

It really is the end of a golden / rubber age.