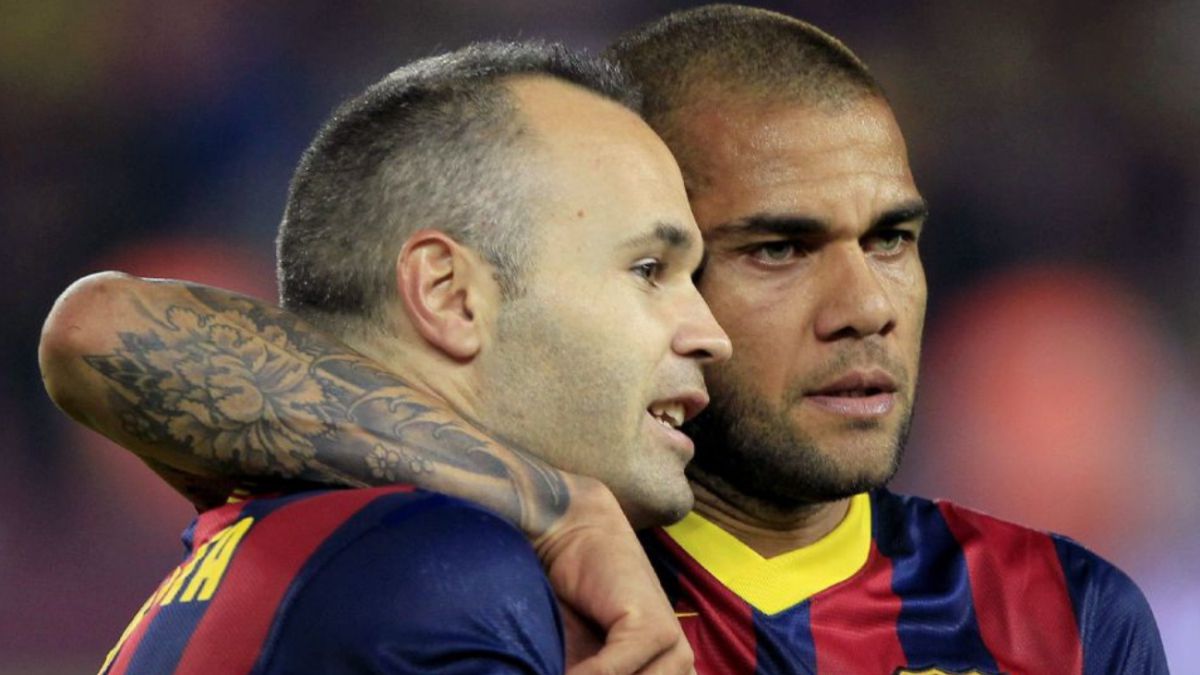 One of the good things that football has for the players themselves are the great friendships that are forged on the pitch. Footballers are companions for a time, but after months or years they can become rivals. The relationships that are created in the changing rooms are incredible and last a lifetime, even though at some point they have to face different teams, but the respect, friendship and admiration it is always present.

A great example of these relationships of affection is the one they maintain Andrés Iniesta and Dani Alvés, teammates in the FC Barcelona between seasons 2008-2009 and 2015-2016. Although it has been years since they have shared a team, their relationship is still very special. So much so that the Spanish footballer wanted to support his friend during his stay at the Tokyo Olympics, taking advantage of the fact that both are in Japan, because we remember that the one of Fuentealvilla is current player of Vissel Kobe.

The Brazilian player is contesting the Olympics Next to the Brazil national soccer team and it will be this Tuesday morning when ‘La Canarinha’ face in the semifinals Mexico. A very important game in which they could secure the silver medal if they can beat the Mexicans. As a show of support, Iniesta wanted to have a detail with the Brazilian: He has sent you his Vissel Kobe jersey signed over the number 8.

“Thank you for the precious gift my little brother !!! I love you very much”, Alves has written while he has published a photo with the shirt on in his Instagram stories. “Big brother !! You are that you leave ”, Iniesta himself has responded.

In the photo of the shirt we can read about number 8 some words from Iniesta: “For my brother Dani with all my love. You are a big. I die by your side! ”. Beneath its letters we also see the signature of the one from Fuentealvilla.