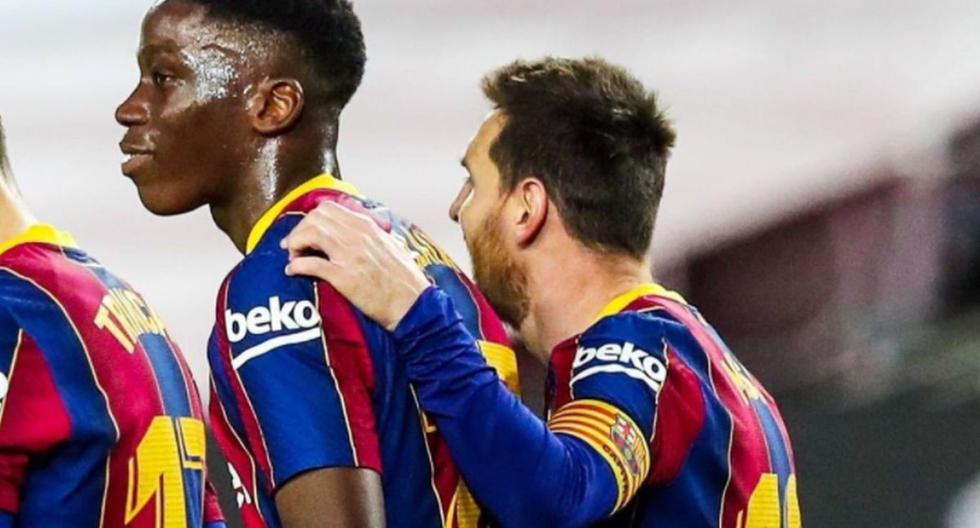 The Barcelona Soccer Club you’re not just having trouble with Lionel messi to get a new contract signed. Another Barça player who has the Catalan club on the ropes is Ilaix Moriba, the young canterano who ends the relationship in the summer of 2022 and still does not accept the conditions proposed by the directive chaired by Joan Laporta. Such a panorama has made the entity of the Ciudad Condal begin to comb the transfer market in search of a midfielder that will cover the position that the Spanish nationalized Guinean will possibly leave.

Along these lines, according to the Spanish portal ‘Don Balon’, Barcelona has once again dreamed of the signing of Saúl Ñíguez, a player who a couple of weeks ago was in the Barça orbit in the middle of the negotiations for the return of Antoine Griezmann to Atlético de Madrid.

In the Wanda Metropolitano, in addition, they asked for Saúl the money that Barcelona does not have. Although the economic situation of the Catalans has not improved, President Laporta dares to continue dreaming of the arrival of the Spanish midfielder, who has a contract with the ‘Colchoneros’ until mid-2026.

“Now, seeing that Ilaix Moriba does not want to renew, and is very close to being transferred, there is even more urgency in getting a hiring for that position. And Joan Laporta has returned to think about a crack who was already very close to dressing as a Barça player. He is none other than Saúl Ñíguez, for whom in his day they got a preferential option, after the sale of David Villa to Atlético de Madrid ”, publishes the aforementioned medium.

Thus, Barcelona could appeal to a new exchange of players with Atlético. Or failing that, pay an approximate of 40 million euros. Several big European clubs have asked about the midfielder, including Juventus, Bayern Munich, Manchester City and PSG, but none have submitted an offer so far.

It should be noted that so far in the summer transfer market, Barcelona has obtained the services of Eric García, Emerson Royal, Sergio Agüero and Memphis Depay, waiting to add more reinforcements for this season.