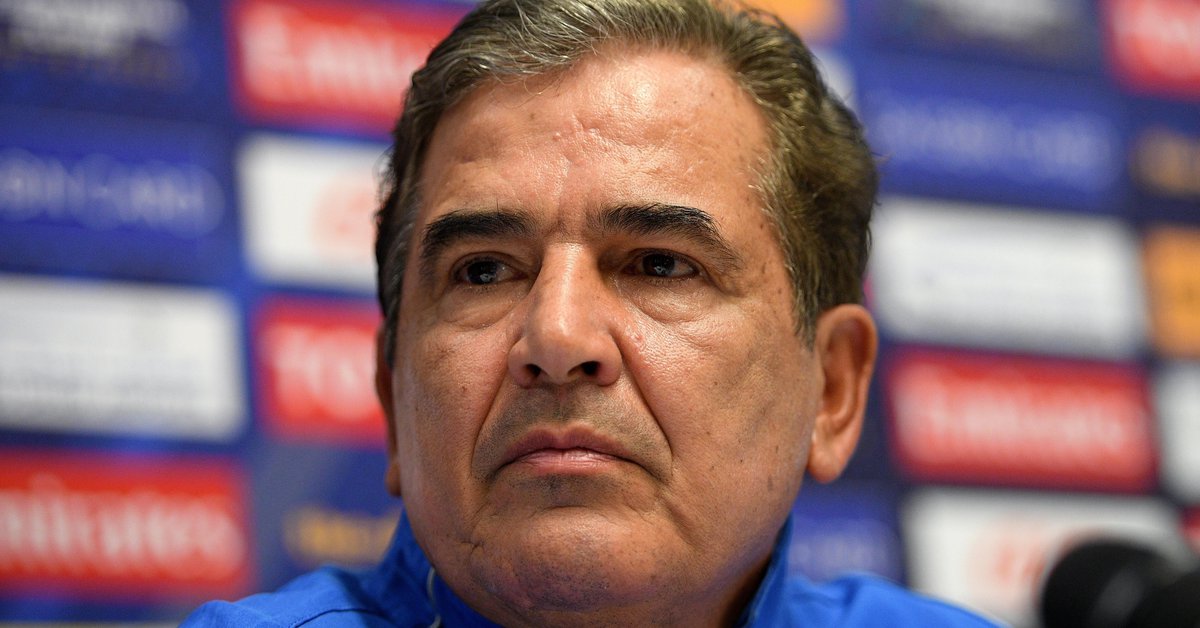 
The Santander technical director Jorge Luis Pinto, currently without a team in terms of clubs or national teams, is one of the options for the Atlético Bucaramanga club to strengthen itself in the second half of the year to face the BetPlay II League 2021.

Pinto, with almost 40 years of experience in technical management is sought by the directors of the ‘Leopardo’ cadre, he was consulted by the program ‘El Lengua’ of the Caracol Radio station about the possibility of reaching the Santander club, as Jaime Elías Quintero , president of the Santander team showed interest in having him on the payroll for the middle of the year in the tournament that starts in 20 days.

In conversation with journalist Steven Arce, Pinto stated that So far it has not received a formal offer from the auriverde team and it is also considering job offers outside of Colombia:

I have never received a call, I honestly tell you. We would have to look at the idea and compare because I have other international things close to where I have been, we have to assess. Today in these 20 days that I have been put head and foot in my book that I want to finally get it out, I consider that we are advanced. However, it would be nice an experience … imagine the land, right?

It should be remembered that, Before he was appointed coach of the United Arab Emirates in mid-2020, Pinto managed 54 times with Millonarios and before that he did it with Junior de Barranquilla 10 times in 2011. That was his time in Colombian professional soccer in the last decade, after being champion with Cúcuta Deportivo in the final tournament of 2006.

After resigning from the technical direction of the United Arab Emirates in November 2020, the former Millionaires coach, who led the creation of a foundation to rescue Cúcuta Deportivo from the economic crisis it is going through, is one of the wishes of the shareholders of Bucaramanga.

Regarding the approach of the recruiters, this was the last thing that the leaders of the ‘leopard’ team expressed to incorporate the technician:

Coffee with Jorge Luis Pinto is an option, hopefully it’s the opportunity. Yesterday, the day before we were calling him, communication with him was not possible, but it is an option

The last team that Jorge Luis Pinto led was Millonarios in the 2019 season, where he was eliminated in the previous home runs that left Junior de Barranquilla as champion against Deportivo Pasto in Bogotá.

However, in Central America he is remembered with nostalgia for his outstanding participation directing Costa Rica between 2011 and 2014, in addition to being on the Honduran bench between 2014 and 2017. Due to those fond memories at the national team level, it is not entirely ruled out that one of the Santander’s job offers is with a team belonging to the Concacaf.

Regarding the Colombian selection, Eugenio Baena, a journalist for El Lenggue, asked Pinto about the possibilities of advancing to the semifinal of the Copa América by Reinaldo Rueda’s team, in view of his final single game in the quarterfinals. final against Uruguay.

The strategist gave his balance of how Colombia arrives against the Charrúa, who did not show their best face in the group stage, but in the last direct confrontation by qualifying they defeated the Colombian team of Carlos Queiroz 3-0 in Barranquilla.

Uruguay is a team of good moments and bad moments, sometimes they don’t play football but they have power, they have area, they play vertical, they play direct. It is a team that exploits counterattacks very well and when it is grouped defensively it knows how to block the opponent and take the ball from him. They are made players, but I have not seen a good football level, it seems to me that Uruguay has a hard time attacking when it is losing a game, if one is lucky enough to go ahead, it seems to me that it is going to take advantage

Pinto made the comparison between the football seen in the Eurocup and the Copa América and stressed that there have been surprises from teams that are not so strong on paper, as well as disappointments from the so-called favorites to lift the continental titles, in addition to mentioning that in the old continent there is no player like Neymar or Messi:

There are good things, there are irregular teams, there are teams that have been taking shape like Argentina and others that have been falling, Chile has been very irregular. In Europe, well the surprises are very good, Switzerland showed that with dynamics, maintaining the rhythm of the game, playing the 120 minutes it seems to me that they did extraordinary things. I was surprised by the broken team I saw from France

Jorge Bermúdez was dispatched against the Colombia team and Conmebol: he called La Tricolor mediocre in a tournament ‘relaxation’
Stage 5 of the Tour de France: schedules of the Colombians in the first stage against the clock