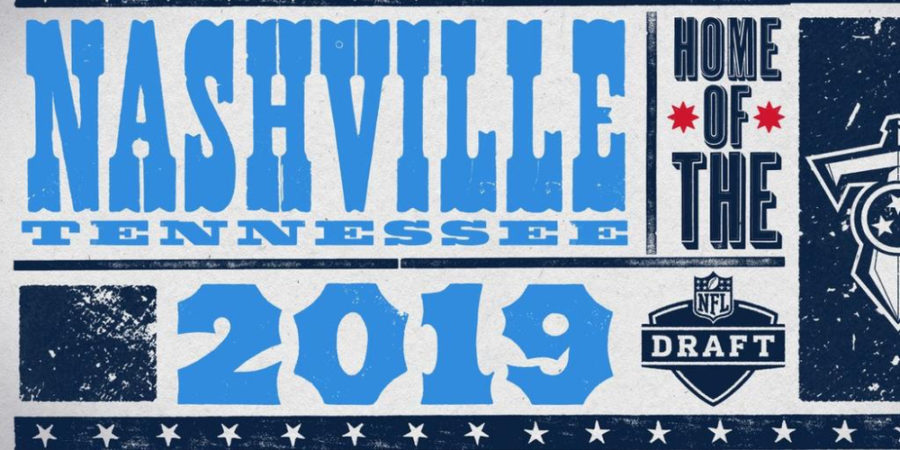 We are getting closer to the 2022 NFL Draft, that important date for players who graduated from college football. However, a long time ago, this important event did not even exist and, when it was created, it did not have the importance that it exhibits today in terms of business. For this reason, in this article we tell you the history and evolution of the NFL Draft over the years.

Origin of the NFL Draft

In the early 1930s, the NFL did not have a selection process for college players, they simply signed with the team that most interested them (or paid them the most), and the best example of this was Stan Kostka, RB of the University of Minnesota, which led the Gophers to an undefeated season in 1934. Every team offered him a contract, and he ended up signing with the Brooklyn Dodgers in 1935 for $5,000 that made him the highest-paid player in the NFL.

For this reason, Bert Bell, co-owner of the Eagles, proposed that the league establish a selection process that would guarantee that all teams had equal opportunities to select players, since he believed that the low tickets to see his team were due to that he didn’t have the right players to win, since everyone chose to play for the franchises with the most money or prestige (Packers, Bears, Giants, Redskins).

It is for this reason that on May 18, 1935, the creation of said process was unanimously approved, which would be carried out for the first time in 1936. The process of that first Draft was very simple:

If you want to read more about Bert Bell and his contributions to the Draft and the league, don’t miss the following article:

Bert Bell, creator of the NFL Draft and parity in the league

From 1930 to the mid-1960s, the seat was distributed among several cities, although there was no special process to choose them, since it was an administrative process. The venues were New York, Chicago, Philadelphia, Pittsburgh, Washington DC, Los Angeles and Milwaukee.

However, starting in 2015, the NFL began a process of assigning venues similar to that of the Super Bowl. Chicago won the first call and hosted the Draft in 2015 and 2016. Philadelphia won in 2017, Dallas in 2018 and Nashville in 2019. The 2020 Draft was supposed to take place in Las Vegas, but was moved to a virtual mode due to the COVID pandemic. -19.

In 2021, the event returned in person in Cleveland and this year the league will already get to grips with the city that now hosts the Raiders. The future venues for the NFL Draft are Kansas City in 2023 and Detroit in 2024.

With the creation of the AFL in 1960 a new system was introduced where each league would have its own Draft and compete for rookie players. In 1959 the NFL carried out what is now known as the “Secret Draft” by means of which they ensured that, at least in that first year, they would beat the AFL players in their first season.

It should be noted that, given the competition between the two leagues, the Drafts were held shortly after the collegiate season, and even before the collegiate bowls were played. Some players, like LSU’s Billy Cannon, signed contracts “under the posts” in their bowl game.

A curious fact is that at that time, since the players were selected and signed shortly after their season, they played the collegiate star games already as members of their professional teams. That’s why in games like East-West Game, the players who had already signed used the case of their professional team and it was until 1967 that the first Common Draft was held, which already involved both leagues in the same process.

From administrative procedure to stellar moment

The first time this event was televised was in 1980, kicking off something that today has become “the Super Bowl of the offseason.” Initially it was an administrative procedure in which the team owners met in a hotel room to select names as if they were stamps from an album. Players found out they had been selected through the newspaper or sometimes team representatives would pick them up in their hometowns to let them know.

We must point out that, during the first 52 years, the Draft was held on Tuesday and Wednesday and it was until 1988 that the event was moved from day to Sunday and Monday. The main cause of this movement was that the room rental rate that the New York Marriott Marquis gave to the league was much lower. By 1995 the event was already installed on Saturday and Sunday and remained so for 15 years, until 2009 and it was in 2006 the first time that NFL Network broadcast the event.

Two years later, in 2008, with a television purpose in mind, it was decided that the first and second rounds would take place on Saturdays, starting three hours later than usual, at 3:00 pm ET and reducing the time of 15 to 10 minutes per pick in the first round and 10 to 7 minutes in the second. On Sunday they would come from the third to the seventh rounds.

However, by 2010 it was fully implemented as a show of prime time on television (8:00 pm ET), in which only the first round takes place on Thursday, the second and third rounds on Friday and finally on Saturday it goes from the fourth to the seventh. Today the production values ​​are worthy of a live television event surrounded by festival and fan experience, musical groups and an atmosphere very similar to that of an awards show.

Great characters of the 2021 NFL Draft

In addition to the above, the NFL Draft also has renowned characters that have made this whole show possible. For example, we have Gil Brandt, considered as the “father of the Draft” for being the first to standardize it and to create the practices that are most common today. Don’t miss the full article on Brandt here.

We also have Mel Kiper Jr. a leading NFL Draft analyst for ESPN since 1984, he even has a company, Kiper Enterprises, which he founded in 1981, that is dedicated to analyzing Draft prospects year-round.

Another notable character is mike mayok who in 2004 came to NFL Network where he became the main man to talk about the Draft, holding that position until 2018, and being NFL Network the official media of the Major League quickly became one of the most important references on the topic.

However, we will talk about them three in another article where we prioritize the important characters that the NFL Draft has given us

For more information and stories about this great league event, don’t forget to watch our video on the evolution of the NFL Draft with Miguel Ángel Esses and Luis Obregón

What do you think of the history of the NFL Draft? What situation do you think changed the course completely? We read you in the comments under this article and on our social networks.

History and evolution of the NFL Draft