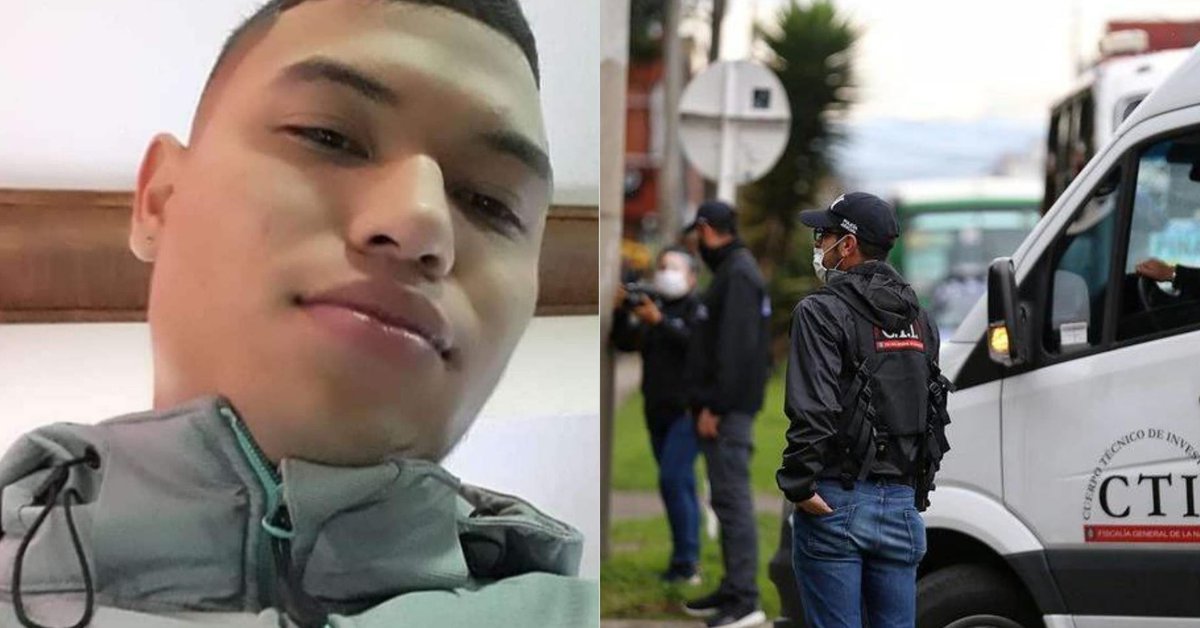 This Sunday a decapitated head was found near Andalusia (Valle del Cauca), this after The inhabitants noticed a suspicious package and called the authorities to inspect it.

The incident occurred in the Estación neighborhood, at the entrance to the Andalusian municipality, where a strange object wrapped in a sheet had been thrown. This is how an inhabitant of the sector found it who, instead of opening it, decided to call the authorities and alert of the fact.

When the uniformed officers arrived at Carrera 7 with Calle 11, where the discovery took place and they inspected the object, they realized that it was the decapitated human head of a man.

According to the Blu Radio station, Colonel Jorge Urquijo, commander of the Valle del Cauca Police, announced that the authorities rejected the facts, began to identify the victim and activated the search for the remains of the dismembered man.

Finally, the police identified that the body belonged to Yeisson Soto Gutiérrez, a 21-year-old young man who in networks was shown as a barrista of the Frente Radical Verdiblanco, a movement in support of Deportivo Cali, reported El Tiempo.

The authorities offered a reward of 10 million pesos for information to clarify who committed the murder and proceed to capture. The Police already have videos of security cameras and field information, because the rural area of ​​the municipality also begins in the sector, as it is the entrance to the urban area.

This is another act of murder and beheading in Valle del Cauca, after a month ago, last June 21, the head of young Santiago Ochoa, 23 years old, was found in a plastic bag in the village de Aguaclara, in the municipality of Tuluá.

At first, it was stated that the young man belonged to the front line of the National Strike demonstrations, but those close to him denied that claim. The family assured that the young man left by bicycle at noon on Saturday to his work but did not arrive, in addition his aunt Marta clarified that he was not a protester and described him as judicious.

The reward for finding those responsible for the death of the young man amounts to 100 million pesos after the governor of Valle del Cauca, Clara Luz Roldán, joined the initiative that had started in $ 10 million by the Police.

The president of the Republic, Ivan Duque, rejected the murder of Santiago Ochoa, ratifying the progress of the investigations to prosecute those responsible. “As a country, the death of all Colombians hurts us, but the heinous crime of the young Santiago Ochoa in the city of Tuluá deserves all our rejection. The authorities are making progress in the investigation to find the whereabouts of those responsible and for them to be judged with determination ”.

Another similar crime against young people in Valle del Cauca also occurred in Tuluá, where the young Jimmy Hernández Correa was reported missing on June 28 and four days later his body was found tied up and in a canyon in a rural area.

His hands and feet were tied, the body was found on the side of the Buga – Tuluá road, towards the north of the department, according to his own family who reiterated that he did not belong to any frontline group and that he did not have a criminal record. That Saturday that Jimmy disappeared he was at his house after arriving from a party, but apparently a woman would have called him and that’s when he came out.

His bicycle, on which he was moving, appeared on the banks of a river in the city. A relative cited by Blu Radio said they recognized Hernández’s body from the clothes he was wearing: a red jumpsuit and multi-colored shorts with white sneakers. The woman said that her mother is “devastated” and that he was her only son.

Psychiatric patient said he had a bomb and caused panic in flight from the Santa Marta airport
New act of violence in Cauca: signer of the peace agreement was assassinated