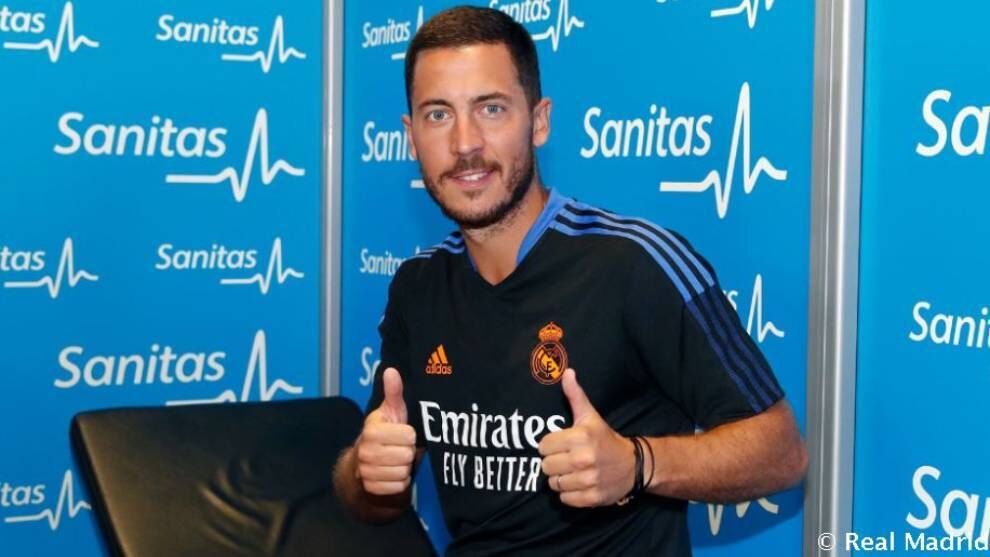 CAgainst injuries you can’t fight and Hazard had a very serious one in his first season in the Real Madrid That has largely prevented him from reaching his best level in the white club. But something quite different are the desire and attitude with which a player arrives from vacation to his team and in this Hazard has not been up to par in his first two years.

Hazard joined this morning after the holidays together with his teammate Courtois and Fede Valverde. In the morning he passed the medical tests and in the afternoon he will do his first training at the orders of Ancelotti, with whom you are going to work for the first time since they did not coincide in the Chelsea.

And the Italian coach has also taken good note from Hazard’s first two preseason, that he was far from his best in both and that it took him longer than expected to debut. It happened in his first year, in which it took him a while to start working with the group and once at the command of Zidane he was injured on August 16, 2019. A Injury to the rectus femoris of the left thigh that kept him off 30 days. In fact, she wasn’t able to debut until Fourth day of the League against Levante, on September 14. Back in November, the hardest came with his ankle injury, a conservative treatment that did not work and a subsequent operation to start over.

After a very difficult first season, only 22 games and a goal in just 1,500 minutes, Hazard tried again last season, but the club found that some mistakes were repeated that they did not like in the game. White House.

Madrid expected a more committed Hazard after his first year, but he did not arrive to work with the group either. The most controversial moment came with the convocation of Belgium in September. The winger went to the call of Roberto Martnez not to play for a minute and exhaust despite all his trip instead of returning earlier and continuing to work on Valdebebas. The coach himself, moreover, admitted that the player was medically cured but out of shape.

On the 30th of that same month, the club announced a muscle injury to Hazard, that he had already missed the first three league games, and that his debut was expected before that third day against the Valladolid. I didn’t debut until the eighth against Huesca, with 60 minutes. He participated in two more league games and was injured again. The balance in that second year is less encouraging: 21 games, four goals and just 900 minutes.

Today has started Hazard’s third attempt. He arrives after the holidays but this time he has been seen in better condition in the Eurocup despite not showing his best level either. But nevertheless, did not start until the third game against Finland and against Portugal in the eighth came the last injury. I no longer play before Italy in quarters and not stucco summoned by the puncture in the thigh suffered before the Portuguese.

Madrid will examine Hazard to know the state of the injury and how it comes to be at the command of the always demanding work of Antonio Pintus. With transfer rumors, the Belgian has already made it clear that he is in debt to Madrid and that he wants to show that he can be important for Ancelotti. To do this, you have to start by changing the preseason,