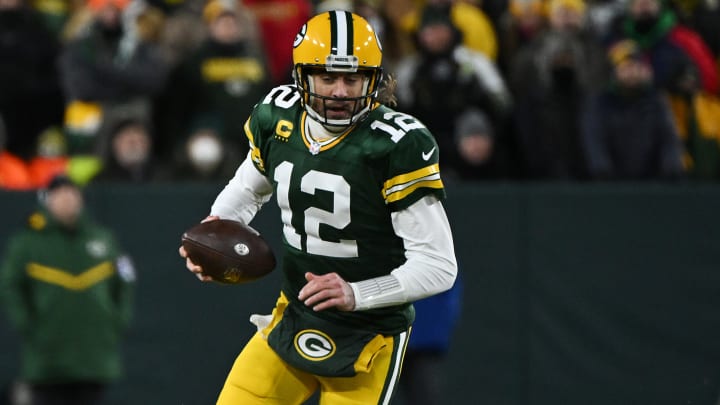 The Green Bay Pacers were surprisingly eliminated in the Divisional Round, after a 2021-22 NFL season in which they emerged as one of the most dominant teams and were favorites to fight for the championship.

This meant a new failure for Aaron Rodgers, who throughout his career has failed to establish himself as one of the great figures of the postseason and his legend is sustained by his great performance over the years in the regular season.

Since Rodgers assumed leadership of the Packers’ offense in 2008, he has participated in 10 postseasons, within which he was only able to lead his team to the Super Bowl championship once (2010), incidentally being his only appearance in the title game.

He has been eliminated four times in the NFC Finals, three times in the Divisional Round and just twice in the Wild Cards. His individual numbers are good: 45 touchdowns and 13 interceptions for a 100 rating, something not many players can boast.

Particularly during the last two seasons, there has been the feeling that the Packers had arguments for much more, with an MVP-level Rodgers who led them in a good way. But both times, the Buccaneers and 49ers defenses killed him, sacking him a combined 10 times.

It’s really hard to judge Rodgers’ career just by what he’s done in the playoffs, but one thing is certain, and it’s that similar to players like Drew Brees, his great talent and stats show his impact on the NFL, they just didn’t translate well. consistent in the postseason.

Proof of this is that he is in the shadow of the figure of Tom Brady, who regardless of his technical abilities and talent for playing American football, is light years above Rodgers if we talk about his role in the playoffs. Even players like Patrick Mahomes with far fewer appearances have already achieved greater success at this level.

It will only be left to wait if at some point in the remainder of his career Rodgers has a squad that supports him on the way to another Super Bowl, because so far he has not delivered in this regard.

Has Aaron Rodgers had an overrated NFL career?