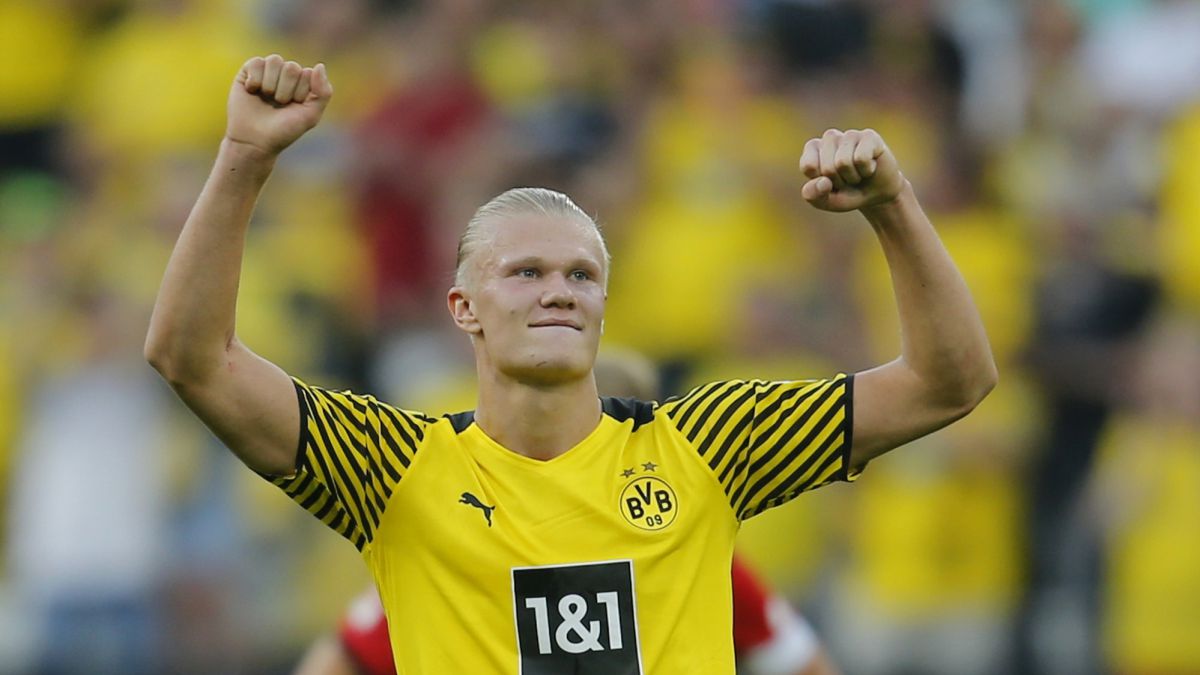 Erling haaland started this season like the last one ended. Unstoppable. Bestial. Spectacular. After the hat-trick who scored against Wehen in the German Cup, the young Norwegian forward, just turned 21, made his debut on the first day of the Bundesliga with another recital. Against Eintracht Frankfurt, scored two goals and gave three assists in Borussia Dortmund’s win at Signal Iduna Park (5-1).

Haaland needed just half an hour to practically sentence the game for the team led by the new coach, Marco Rose, just arrived from Mönchengladbach. First it was at 23 ‘, when he made a nice individual move to assist Marco Reus.

Four minutes later Eintracht leveled after a collective failure by the yellow defense, who first lost the ball in midfield and, trying to fix the error, Passlack scored at his own goal.

But Haaland was there to rescue his people and in one of his spectacular starts he got rid of three defenders to assist Thorgan Hazard. Two minutes later, he did the same but this time he decided to finish off the play by himself. Reus scored the fourth in the 41st minute after an incredible mistake by Trapp, who left the ball at the feet of the German midfielder when he tried to rescue a ball that was going to corner. Luckily for the veteran goalkeeper, the ball went out by an inch and saved him from ridicule.

With the game under control, the Dormund returned to the second half at cruising speed. But Haaland was still hungry. First with one of his plays and assistance, for Reyna, in 58 ‘, and then with another snatch of more than 50 meters, to mark the fifth. Frankfurt scored the second in 86 ‘with Hauge and Haaland was very close to the hat-trick in 91’, when he finished from the edge of the area after getting rid of two defenders, but Trapp made a movie stop.

In the end, a win and a show from the Norwegian who continues to show that the sky is the limit.