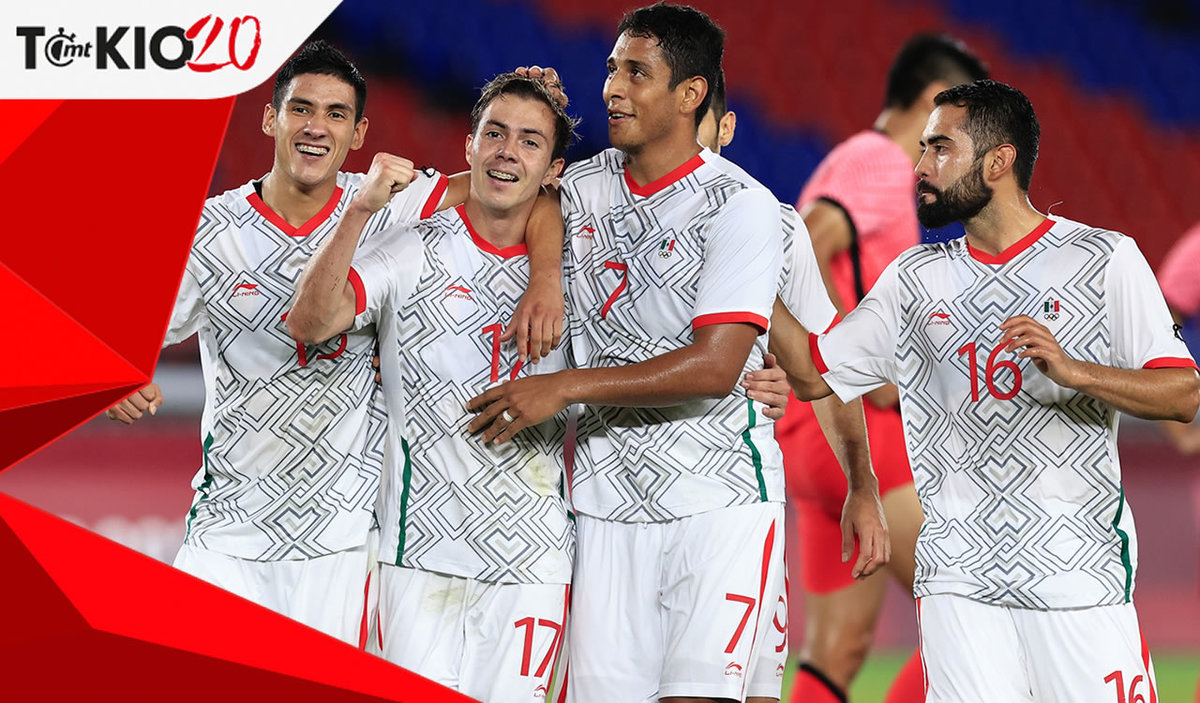 Mexico He is excited about his football. The Mexican team who drives Jaime lozano beat this morning 6-3 a South Korea to advance to the Semifinal of the tournament in the Olympic Games of Tokyo 2020 with goals courtesy of Henry Martin, Sebastian Cordova, Luis Romo Y Eduardo Aguirre with the goals, in addition to a great game by Alexis Vega becoming the bastion of the attack.

With the pass in hand, Mexico faces will be seen again with Brazil in the run-up to the Final, for the third time in the history of the tournament, seeking to eliminate them and continue to be the executioner of the Brazilians as in London 2012 with the obtaining of the Gold history about this selection.

What a first time Mexico Y South Korea offered from the field of Yokohama Stadium. El Tri de Jaime lozano he ventured to open the scoring with the goal of Henry Martin, who was in doubt for this game, but who in the end was able to support his teammates on the field of play.

The one with America signed a great service from Luis Romo, who did not waste the center of Alexis Vega after clipping to Youngwoo seol on the left wing for the arrival of blunt at the other end of the small area. The sky blue went down and placed the ball with his head for the push of Martín and thus beat Bumkeun song under the three suits with the 1-0 at minute 11 of the duel.

Korea did not stay with his arms crossed, they exerted pressure and found their reward after the great individual play of Dong-Gyeong Lee. Jingyu kim took advantage of a bad connection between Sebastián Córdova and Uriel antuna to steal the ball.

The Korean took possession of the ball, traveled a few meters with it, before reaching the area he gave it to read and this left Romo as a spectator with a large cutout to define and send it to the angle where Guillermo Ochoa could not do much to avoid the tie.

It didn’t take long for the sky blue and cream to shake off their mistakes. First, Romo found the goal to give the advantage again in a great team play with Vega, who served a long filtered pass to Luis after a spout to Dong-Jun Lee. The ball was lowered to perfection with the right by the de Machine to define with the left in front of the Korean goalkeeper.

Soon after, the joy came to Cordova and so the two (Romo and Sebastián) they shook the error of the goal of the rival for the momentary draw. Yoonseong kang made a mistake about Antuna which was immediately marked as a criminal. Córdova took the ball and annihilated Song with an accurate collection to the network.

The 3-1 at the end of the first half was not enough and in the second, Mexico Y Korea they went for more, to the delight of the spectators. The Koreans shortened the distances thanks to the forceful shot of Dong-Gyeong Lee.

With a goal difference, the tricolor bise were left behind and Martin defined his double of the match thanks to a service of Cordova. His teammate charged a foul that seemed far from the rival area, however, the player knew how to place it in the center for the striker’s shot and thus celebrate his third score in the competition that resulted in 4-2 despite the nerves that imposed the VAR with the rectification of the play due to a misplaced assumption of Henry.

As if that were not enough, the last third of the confrontation is missing, Mexico wanted to play it safe and thus guarantee his pass to the Semifinal with a great goal by Sebastián Córdova. The footballer joined the fever of Henry’s double and defined a real left foot that was impossible to stop and with this action he put on the cards the 5-2, the annihilation of the Koreans.

In the final stretch of the meeting, Jorge Sanchez was cautioned for a foul on an opponent and with that he added his second caution in the tournament so it cannot be taken into account by Jimmy for the Semifinal against Brazil.

Eduardo Aguirre was in charge of putting an end to the confrontation when entering change and score 6-2 in the throes of the match. Already in the last life of the match, the Koreans put the 6-3 through Uijo hwang, of little help in your selection.

A) Yes, Mexico will be measured against Brazil the next Tuesday, August 3 at 3:00 in the morning central time Mexico for one of the two tickets to the Final. In case of losing to the South Americans, El Tri will be installed in the match for third place, that is, the medal of Bronze.