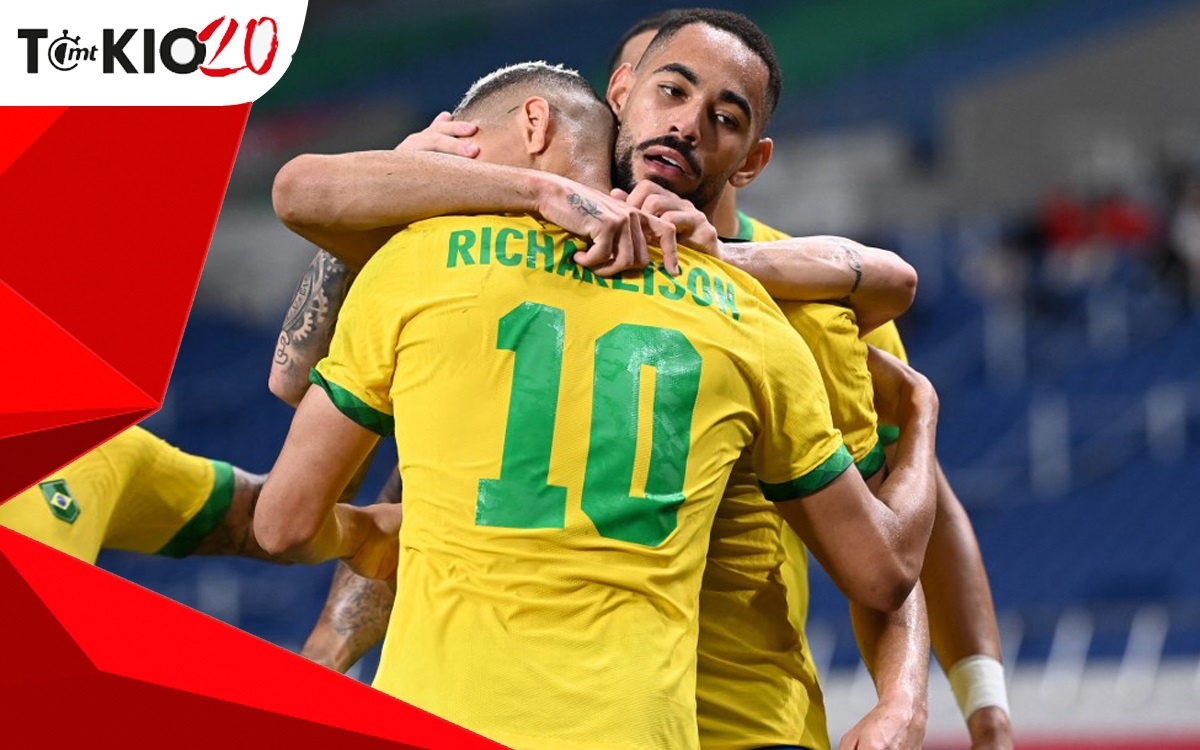 The round of Quarter finals has ended in Tokyo 2020 and now the semifinalists, then Brazil met the forecasts and defeated his like from Egypt; Mexico will be measured in what will be a duel.

Brazil is one of the favorite picks to take the Gold medal in Tokyo 2020, as it has a large generation of young footballers, which was supported by Dani alves in these Olympic Games, so there are high expectations with them.

The match was even at times, with good interventions on both sides but little by little Brazil began to gain ground, since they settled better on the playing field although Egypt would not lower its arms.

The scoreboard was going to open until the minute 37, where Richarlison, Everton player, took the ball through the left band and he knew how to maneuver to get rid of the Egyptians. Passed to Matheus Cunha in the center of the field, this hit him hard and flat, and with it scored 1-0 at the match.

Egypt looked for the tie before halftime rang, but Brazil did not give freedom to its rival.

The second part It was too much more even and intense, because as the minutes passed Egypt began to take more risks, Brasil fell back by lapses and there would be an exciting closing.

Ahmed Rayan, Mahmoud El Wench, Akram Tawfik, among other Egyptian players, they desperately sought the tie but Diego Carlos, Dani Alves and company would not be defeated, taking everything to the limit.

On the end Brazil was able to liquidate it, but his players did not come out as fine as expected; Egypt likewise had its opportunities, but the marker would not move anymore. Suffered pass of the Canarinha to Tokyo 2020 semi-finals.

When will Brazil play against Mexico?

Brazil will play before Mexico in a couple of days, as his match is scheduled for the next Tuesday, August 3 at 3:00 am (Central Mexico time).