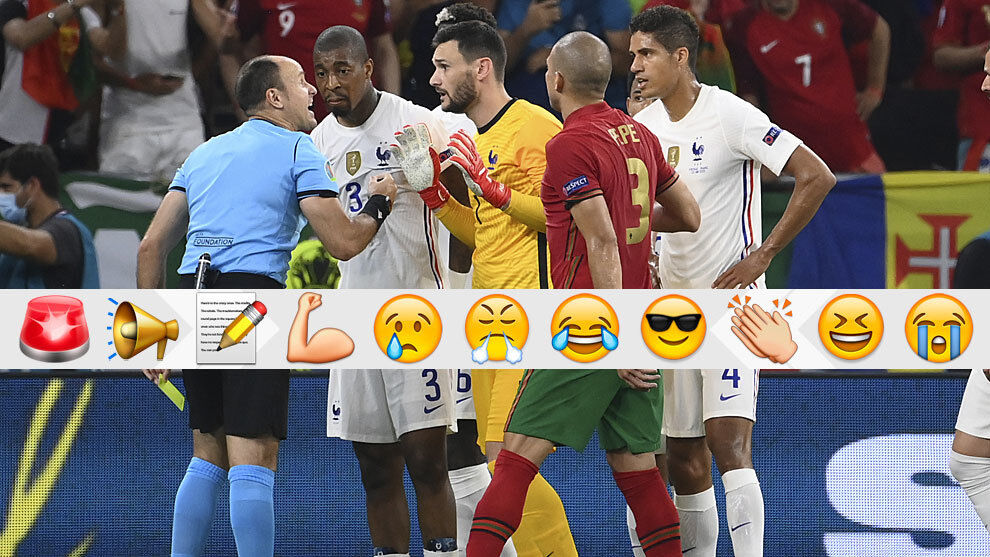 France and Portugal they’ll be in the next round, but they won’t easily forget the night he gave them Mateu lahoz in Budapest. The Spanish referee signaled three penalties, the never seen, and unhinged each other on the green of the Puskas Arena. Fortunately for Mateu, his decisions did not determine the future of both in this European Championship. And that causes decisions, controversial or not, to be forgotten in a matter of days.

Mateu lahoz it already has its share of prominence in this European Championship. He was doing it as a fable and UEFA had him very present in the most important matches … until Portugal-France arrived at the Puskas Arena. I risked pointing a penalty from Lloris on Danilo, in a play where some will see a book penalty and others a fortuitous clash. Worse was the maximum penalty that he pointed out minutes later, when he punished a slight struggle by Semedo with Mbapp in favor of the ‘blues’. In case there was not enough controversy, he pointed out another penalty, this one quite clear by the hands of Kound, Let’s see who is the smart one who now thinks of Mateu to whistle a match in the final rounds.

Although it seems that he has spent half his life in the elite, Renato Sanches is only 23 years old. The spotlights were aimed at him with too much force and surely too soon. It was at a European Championship where he presented himself to the world in a big way. Bayern dropped 35 million for him, he won the Golden Boy … and he disappeared. Now, again in a European Championship, Renato Sanches once again shows the qualities of a top player. Against France he completed a great game and is already a fixture in Fernando Santos’ eleven.

In the group of death the ‘bogeyman’ was … Hungary. Portugal did not resolve their debut against Marco Rossi until the final stretch of the game, France had to sweat a lot to rescue a draw and Germany was out of the Eurocup for 80 minutes. Not even in the wildest forecasts would it have been expected that Hungary would be a nightmare for the three powers. Their Eurocup, although they have been left out, is to take off their hat.

Benzema It is already in the Eurocup. Against Portugal he broke a drought that lasted more than 2000 days with his team. The Real Madrid forward scored a ‘double’ and is the last resort that adds to the most fearsome attack of the tournament.