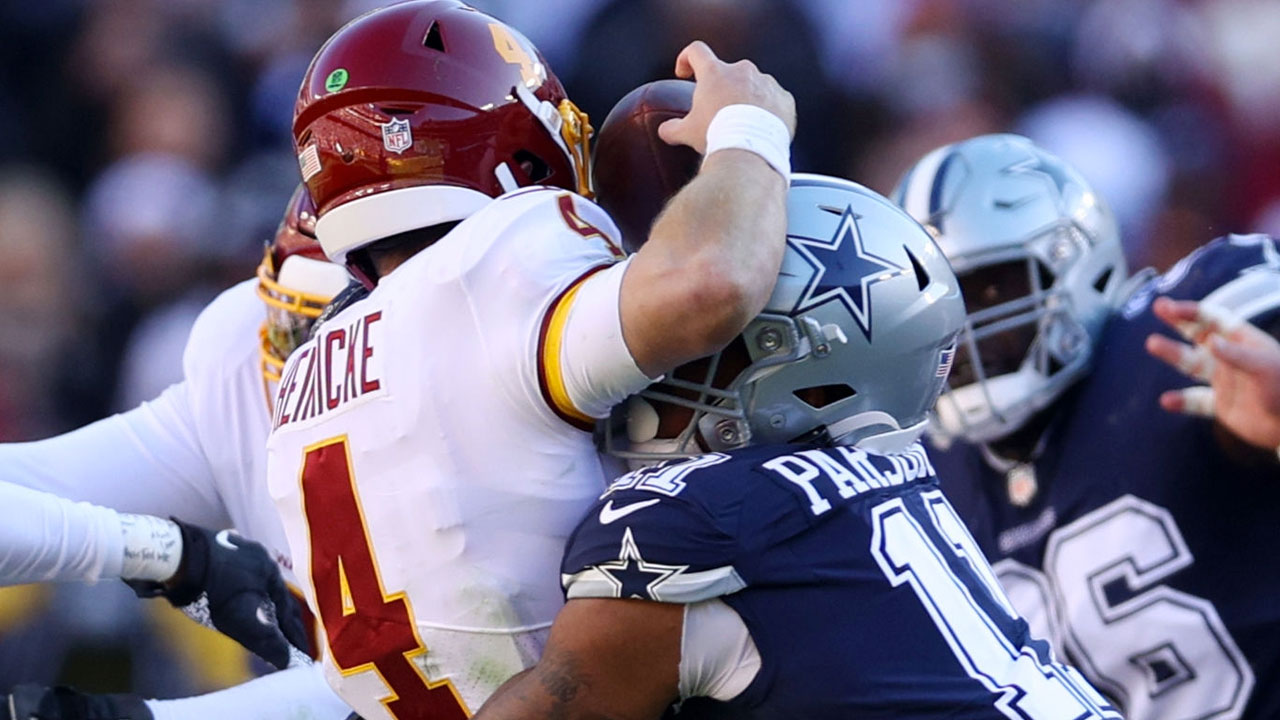 Micah Parsons is in the discussion of awards, but not the one that most think … I also have some impressions of week 14, there is a Heisman winner and this week the collegiate bowls start. We talked about this and other things From the Shotgun Formation.

Why not Micah Parsons?

When the Dallas Cowboys selected Micah Parsons in the 2021 NFL Draft the idea was clear: They had to bring in a player who would bring to life a defense that had been brutally bad the previous season, and the expectation was that Parsons would be the anchor in Dan Quinn’s scheme.

It goes without saying that it has been that and a little more.

Parsons turned out to be everything expected of him: a playmaker defensive that is capable of altering the course of an encounter. He is a brutal defender who can break through the opponent’s offensive scheme and wreak havoc on blocking schemes. It is, to give an example that is perfect for this week, everything that Chase Young was expected to be (and that so far he has been at times).

The reasoning is simple: this season there are some players who have been crucial to the performance of their respective defenses… TJ Watt is one, and Nick Bosa is another. But Parsons has had a similar impact (arguably greater) and his team is in the postseason contest for that.

So I join those calling for the NFL to move past its rookie bias. Micah Parsons is to be compared to the best defenders of the year, not just the rookies.

1. A pity. Chase Claypool has moments where he shows that he can be a star receiver in the NFL, but he has moments where he shows that his football IQ not up to his athletic ability. Wanting to celebrate each reception is something that is fine if you are playing with your friends in the backyard of your house, but not when there are about 50 seconds left in a game that you are losing by eight points. If Claypool manages to correct those mental errors (because after celebrating he got angry because a teammate took the ball from his hands) then it will be a very interesting weapon for the Steelers. If not, it will remain part problem, part solution.

2. Bright future. This season is serving to confirm the suspicions: Joe Burrow is a highly talented QB who will be the point guard for the Bengals for many years to come. The pieces that have been put as weapons are helping a lot in his development and it will be very interesting to see what they do in Cincinnati to reinforce a roster that, for now, is exceeding expectations.

3. Maximum alert. So are the Bills after another loss, now against the Buccaneers. The team is 7-6 and at the moment they are clinging to seventh place in the AFC, but a loss next week to New England would knock them out of that place, as there are several teams that have the same record and it seems impossible. everyone loses. So we’re looking at a pretty interesting scenario: In exactly one week, the Bills could find themselves out of the postseason.

After what happened in Week 14 of the 2021 NFL Season, here are some things I think I know:

1. Bad idea. The Raiders decided to have a meeting before the game started… about the Chiefs logo. That’s almost always a bad idea (unless you’re playing Washington), and Kansas City definitely took that affront. The Chiefs’ first TD came with just 17 seconds into the game and was an announcement of what was to come for the rest of the game. So here the learning is clear: do not do unnecessary things, less when you have a team in front of you that can charge you with interest for the “little joke”.

2. Basically solved. The Cowboys are three games ahead of Washington and Philadelphia and, at the moment, the tiebreaker over both. With four weeks into the regular season I think the Cowboys already have NFC East locked in, and now the question must be how high up in the NFC can they get.

3. Something safe. Yes, the Lions and Texans are seriously fighting for the “honor” of being the worst team in the NFL in 2021, but that name must now be worn by the Jacksonville Jaguars. I don’t think I’ve ever seen a head coach as defeated as Urban Meyer, who is simply overwhelmed by what has been his first year with the Jaguars:

All in. The Rams bet their near future to win it all this season, and if they don’t, they will be in serious trouble. Tonight’s game is crucial because, in case of losing, they would give the Cardinals all the advantage within the NFC West, since they would have a three-game advantage (with four to play) and on top of that, Arizona would have the tiebreaker for its favor. This is, officially, the first game of playoffs: if the Rams lose their aspirations they would be limited to being one of the three wild cards of the NFC. For the Cardinals, needless to say, the opportunity is perfect: a win ties them to the top of their division and keeps them as the best team in the conference, so they are interested in winning the duel, that’s for sure.

Considering that this game has many implications for the NFC West career and that it is a crucial game for the Rams, I am going with them winning the game. I’m just confident that we will see some great work from Sean McVay. I go with Rams 24-21.

This week the Jaguars, Lions and Jets were officially eliminated, joining the Texans. So we are already in the stage of the year in which the teams will fall one by one, and that is why this song:

We get to the point of the year where we prepare for the bowls and where there is not so much to talk about college football, but we can make some notes:

1. Navy won. The last game of the regular season in division I is the duel between the military academies, Army and Navy. This game is one of the most interesting rivalries in the NCAA and has a very special touch for all that it represents to see the soldiers face the sailors. And this year Navy managed to avoid another defeat, which would have been the fifth in six years. Although they trailed 13-7 at halftime, Navy’s defense knocked Army out in the second half, allowing them to come back and win 17-13.

2. We have a Heisman winner. The highest award in college football was awarded Saturday night and for the second year in a row is a player from Alabama. Bryce Young, QB of the Crimson Tide, is the winner of the 87th edition of this award, which recognizes the best player in the nation. Young scored 2,311 points in the voting, followed by Michigan’s wonderful defender Aidan Hutchinson, who received 954. QBs Kenny Pickett and CJ Stroud received 631 and 399 votes each to finish third and fourth.

3. Start the bowls. This week the long list of collegiate bowls begins, and as you know, there is a bit of everything. This is the calendar for the next days (next Monday I will give you the matches of the following week)

This week ONEFA continued with this season back to activities, and there are some things to mention about this day:

1. Stumble for White Donkeys. This reactivation season also served to begin the reintegration of the TEC system teams to the ONEFA, and matches like this Saturday confirm why it was important to have all the teams together. Borregos Toluca and Burros Blancos IPN gave a great game at La Congeladora, finishing with a score of 34-33 in favor of the Borregos.

2. The first for Puebla. The Puebla Borregos had a very difficult season, but they managed to get a result that will definitely help build the confidence of this team. The Poblano Sheep got into Wilfrido Massieu to beat the Aguilas Blancas 20-0 in what is a historic result for the Poblano program.

3. Good closing as locals. The Pumas Acatlán had their last home game of this tournament and closed with a very good result by beating Linces UVM 34-21. This season has been extremely successful for “La Banda de Acatlán” and lays the foundations for what must be a very interesting future for the Acatleco program.

Tom Brady’s career is full of marks, and this week he set a new one:

Combining regular season and playoffs, Tom Brady just threw his 700th career touchdown on a 58-yd TD pass to Breshad Perriman in overtime to win the game vs the Bills

A lot has already been said about the Chargers’ QB, but this pass should be added to the roster:

Annotation Video of the Week

Brandon Aiyuk did his best to get the score that would give his team the win. And boy was it spectacular:

Short kick video of the week

It’s basically impossible to get a short kick back in the NFL… but the Giants did it today.

Here we end this installment of this column. You already know that you can leave me here below this article in the comments or on my twitter account your suggestions for topics to be covered From the Shotgun Formation. You can also share videos with me that you think should appear in one of the weekly sections.

From the Shotgun Formation: Why not Micah Parsons? – Week 15 NFL Season 2021