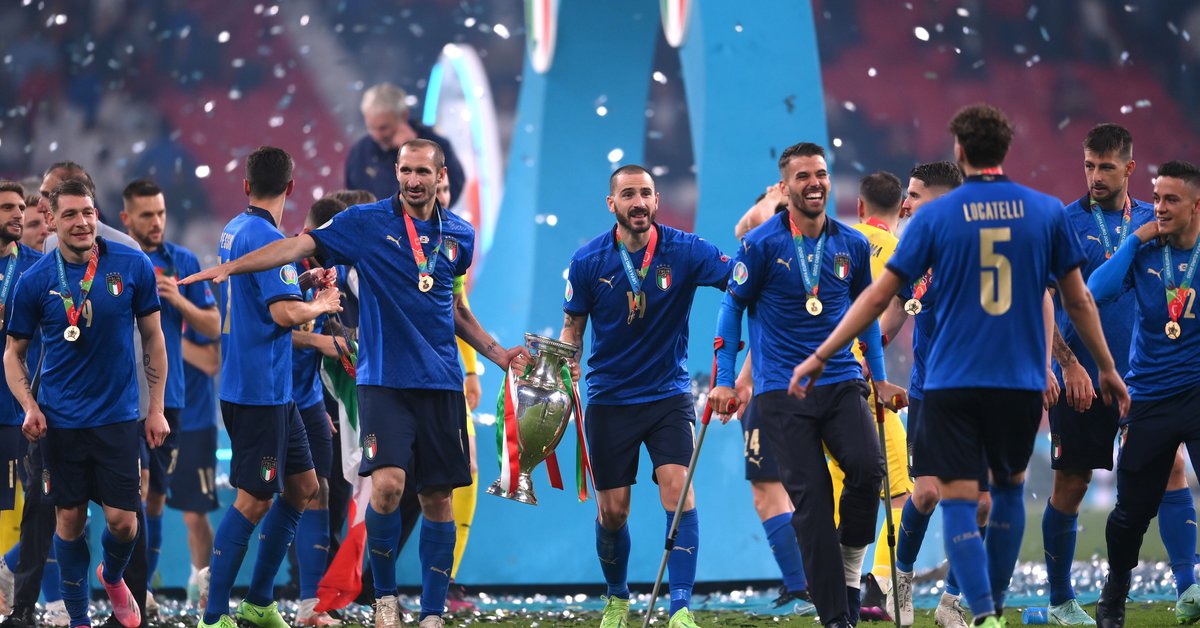 This transfer market turned out to be one of the busiest in recent times. 2021 was a year in which They finished many important contracts such as Sergio Ramos, Sergio Agüero and even Lionel Messi, who have already managed to solve their future (Rosario’s case could be close to being resolved).

Yet within those great names there is one who to this day does not know what his future will bring despite having lifted the Eurocup last weekend when Italy was imposed on England on penalties in the final.

After not receiving a renewal offer from Juventus, Giorgio Chiellini, emblem of the azzurra, became a free agent and unlike The flea (who is also without equipment) still waiting for a call from the Vecchia Signora to negotiate.

To this day, Chiellini is a free agent and his priority is to sign with Juventus (Reuters)

“They have to make an offer first. To this day, there are none ”, recognized the representative of the 36-year-old soccer player, Davide Lippi in dialogue with Radio Radio and I add: “We are waiting for Juventus to tell us when we can sit down and talk.”

“It was a symbol of Juventus for many years and we are waiting for a club. Now he is the only free agent of the Italian national team “, remarked the agent, noting that his client’s desire is to continue wearing the colors of the Vecchia Signora, institution that represented for 16 seasons.

At the same time, Lippi ruled out the possibility of Chiellini retiring from the world of football: “Thinking of Chiellini off the pitch right now is crazy.. What he did after tearing his ACL is incredible. What fuels it is passion and we saw at the European Championship that passion is still very strong ”.

In August 2019, the experienced defender suffered that terrible injury during a training session and He was away from the team for six months.

The 36-year-old Italian does not think about retirement (Reuters)

Despite living one of the happiest (European) summers of his life after lifting the Eurocup and being the captain of the champion team, the future worries both him and his environment since his goal is to continue competing at the highest level to get to the 2022 Qatar World Cup in the best possible way.

The Italian plays for Juventus since 2005 and the last campaign was the sixteenth of his career in the Turin team, with which He played 535 games and scored 36 goals.

He won nine Serie A titles, five Italian Super Cups and five Italian Cups, in addition to reach and lose two Champions League finals, in 2015 against the Barcelona of the Spanish Luis Enrique Martínez and in 2017 against the Real Madrid of the French Zinedine Zidane.

At the moment, the Turin team began the preseason on Wednesday at the Continassa sports center under the command of the coach Massimiliano Allegri, who officially opened his second stage in Turin.

The letter from Jadon Sancho after receiving racist insults for missing a penalty in the final of the European Championship: “It is the worst feeling I have ever suffered”
The race for the Ballon d’Or: with Lionel Messi as the top candidate, who are the main contenders
“Nobody has won more than me”: the footballer who dreams of obtaining the Ballon d’Or ahead of Messi, Cristiano and Neymar