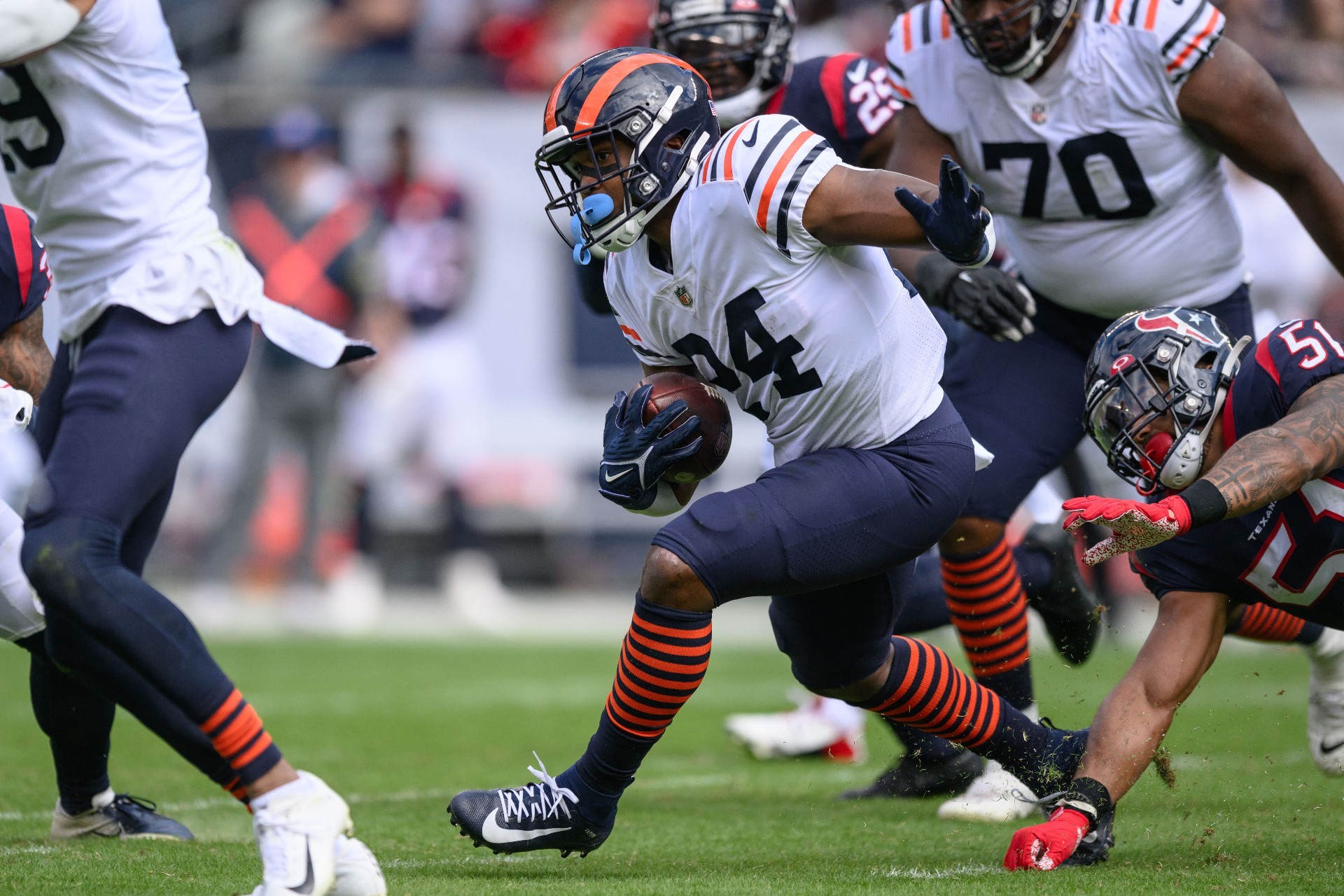 La week 3 brought an avalanche of injuries to the NFL. Mac Jones, Dalvin Cook, D’Andre Swift, David Montgomery and others fell this weekend, leaving gaps in Fantasy Football teams and a chance to take some player what could it be differential In the season.

Let’s not forget that of the 15 most common players on last year’s final rosters, a handful were not chosen in the Draft (Amon-Ra St. Brown, Rashaad Penny, Dalton Schultz, Hunter Renfrow, Cordarrelle Patterson, Elijah Mitchell, and Dawson Knox). The waiver is key and this week presents a great opportunity, no matter if you go undefeated or without victory.

We present the best options in the waiver wirewith at least 50% availability in the Fantasy of NFL.com

Khalil Herbert (Bears, 4.2%): there are others who may be in a better situation for week 4, but Herbert aims to be a starter for several weeks due to the injury of David Montgomery. The position is yours in a team that does not pass. He finished with 169 total yards and two touchdowns against the Texans. He started two games in 2021 and had 97 and 100 rushing yards, with two seven receptions. The Giants aren’t the most favorable matchup, but Chicago’s running back volume makes them the priority on the waiver.

Jamaal Williams (Lions, 31.9%): He already had a role with the Lions (he played 1/3 of the snaps the first two weeks, with 9 carries in the red zone), but the injury to D’Andre Swift opens more opportunities for couple of weeks. Craig Reynolds somewhat participate, but Williams RB25 so far, aims to quiz until entering the RB1. Seahawks and Patriots are not the most difficult duels before their bye in week 6.

Rhamondre Stevenson (Patriots, 51.7%): slightly above 50%. There’s the injury to Mac Jones, which could bog down the box, but it’s undeniable that he’s more explosive and out-performing than Damien Harris: on 36 touches, he’s averaging 5.0 yards vs. 4.7. He is already the healthiest RB and the one who has played the most (50.79% vs. 38.74%). Even with Mac’s injury, the schedule (GB, DET, CLE, CHI, NYJ, IND) isn’t the most complicated. Minimum flex.

Brian Robinson (Commanders, 42.7%): is running routes a month after he was shot in the leg. He was the projected RB to start. There’s Antonio Gibson and JD McKissic and the team is often at a disadvantage, but you rarely find a starting RB on waiver.

Chris Olave (Saints, 63.6%): Michael Thomas and Jarvis Landry were injured in Carolina. Olave was the WR with the most participation, with 77% of snaps. Jameis Winston’s broken back is a concern, but Olave currently leads his team in receptions (17) and yards (268). Yes, it’s over 50%, but take it if you see it.

Romeo Doubs (Packers, 4.4%): a somewhat speculative signing. Green Bay put Sammy Watkins on IR, so they have to deal with what’s there and Doubs is the best of what’s left. He already showed promise in the preseason and is coming off catching all 8 of his passes for 73 yards and a TD. He has more potential than Allen Lazard.

Greg Dortch (Cardinals, 6.4%): receivers with 13-plus points the first three weeks: Stefon Diggs, Christian Kirk, Cooper Kupp, Curtis Samuel, Amon-Ra St. Brown and rookie Dortch. AJ Green was injured, which may open up more possibilities. Mind you, his 9.9 receiving yards is VERY low (#85), but the volume makes you a minimal WR3 or Flex.

Russell Gage (Bucs, 57.5%): Made last week’s waiver look good. Return Mike Evans, but if Godwin and Julio are still out, there are targets available.

Michael Gallup (Cowboys, 29.2%): everything pointed to him not playing on Monday night, but he is on his way back. I wouldn’t put it in week 4, no matter how hard it is against Washington, but would have to wait for Dak’s return.

Mack Hollins (Raiders, 0.3%): he’s clearly fourth in the food chain in Vegas (Davante, Waller, Renfrow), but the latter’s injury gave him 97% snaps and a brutal 8-158-1 day. The attention is stolen by the rest, but he quietly produces and the attention of the defensive passes through the trident.

Marcus Mariota (Falcons, 32.4%): Flying Hawaiian produces only. He is running maybe less than expected, but his weapons are surprising and the Browns have allowed some big plays. It is a better option than the immobile (Stafford, Rodgers, Brady)

Jared Goff (Lions, 27.3%): name that I did not expect to include in these latitudes this year, but it goes at home, before a bad perimeter of Seattle, and the loss of D’Andre Swift can give more volume.

Trevor Lawrence (Jaguars, 42.6%): here comes the sunshine. In the preview of the AFC South, we mentioned that there was a scenario in which Lawrence would make a Burrow leap in 2021. Said and, after three weeks, done. The Jags might as well go undefeated, were it not for a couple of Wentz’s shots in Week 1, and it’s coming from best fantasy game of his life, 25.18 pointsagainst a solid defense like the Chargers. A duel is coming against the Eagles that could well require throwing more, because Hurts and company are a roller in the first half.

Lawrence may not have the best matchup this Week 4, but he could well be a better long-term option, whether it be teams that had Dak or Trey Lance at QB, or have any QBs who are still (Stafford, Cousins, Carr, Rodgers, etc.). Brady).

Another position, such as defensive, that can be attacked favorable duels week to week. The picture is also beginning to clear up.

David Njoku (Browns, 16.6%): Believe his 23.9 points? It is almost a given that they will not replicate it. But Atlanta is being attackable against the TEs, at 20.4 points per week, and Brissett has a history of nurturing that position.

Tyler Conklin (Jets, 30.6%): a Top 10 TE is free in two-thirds of the leagues. He only has one TD, so his score doesn’t depend on reaching the end zone. As long as Flacco continues as QB, you have to trust, especially when they go against the Steelers who were shattered on Thursday by Njoku.

One of my favorite strategies is rotate defenses, attacking the bad teams in the league. The really bad teams are separating to attack in the rotations. Before Monday between Giants and Cowboysare the saints the ones who have given the most points to rival defenses, but the Vikings I don’t know if they can do it in London. The rest of the Top 5: Colts, Bengals (blessed catches to Burrow), patriots (worse without Mac Jones) and commanders.

Giants (2.2%): The rookie Thibodeaux comes to increase the pressure and they go against the sack machine named Justin Fields.