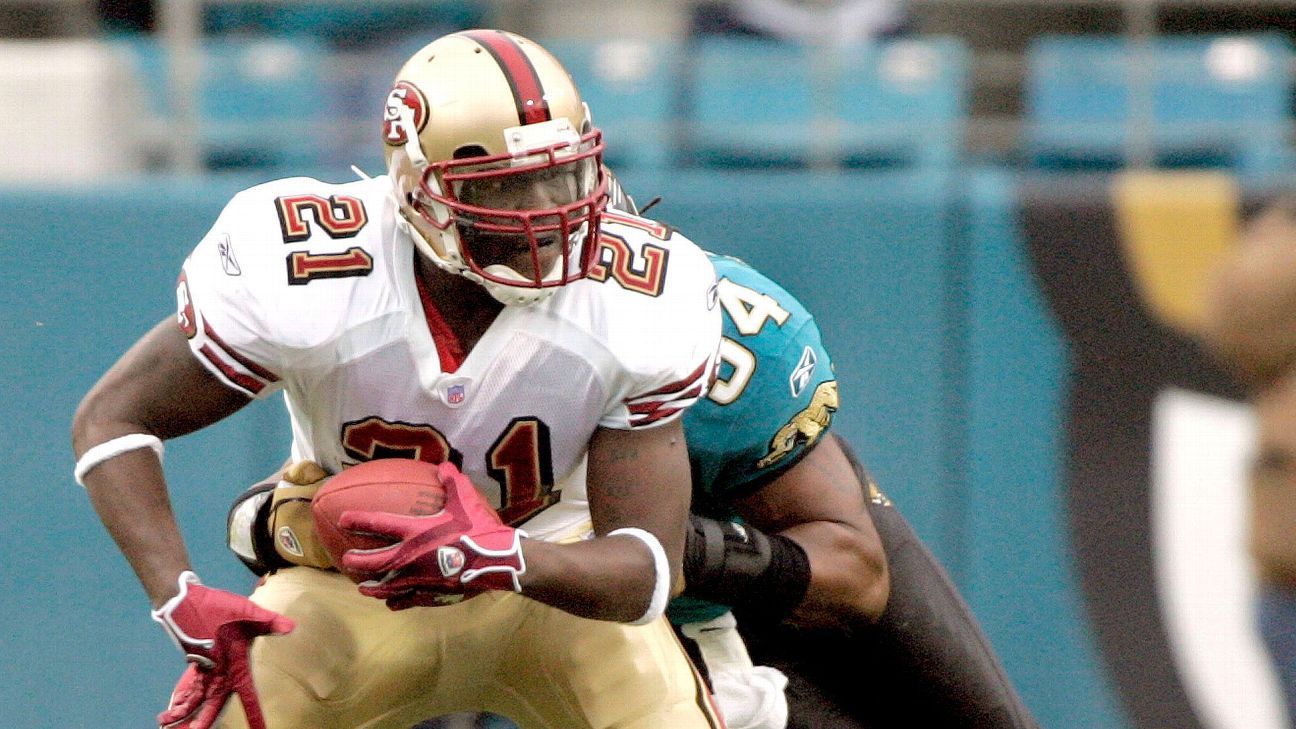 The former running back ended a career with the team that drafted him in the third round of the draft in 2005.

The third fastest runner in the history of the NFL, Frank Goresigned this Thursday a one-day contract with San Francisco 49ers to retire in a game of the 2022 season.

After 16 seasons in the league and 16,000 yards, gore will fulfill the dream of saying goodbye to the team that selected him in the third round of the 2005 Draft.

The runner, candidate for Hall of Fame of the NFLHe is second only to Chicago Bears legend Walter Payton, who had 16,726 yards, and former Dallas Cowboys star Emmitt Smith, who had 18,355 yards.

Payton and Smith are members of the Immortals’ compound in Canton, Ohio.

A feat that is dimensioned by the members of the Hall of Fame that gore He overcame for third place, including Franco Harris, Marcus Allen, Tony Dorsett, LaDainian Tomlinson and Barry Sanders.

In 2021, a knee injury prevented him from serving a second year with the Jets.

With San Franciscofrom 2011 to 2013, played three consecutive times for the National Conference championship, of which he won one, although that trip to Super Bowl XLVII with the 49ers it ended with a 34-31 loss against the Baltimore Ravens.

The main feature of gore, above the records in the regular season, was in his regularity. He played in at least 14 games each season of his career in which he rushed for 1,000 yards nine times.

A couple of weeks ago, Frank Gore celebrated his 39th birthday with his professional boxing debut by knocking out Yaya Olorunsola in spectacular fashion.

Last December he fell by split decision to former NBA star Deron Williams in a fight that was sanctioned as an exhibition.