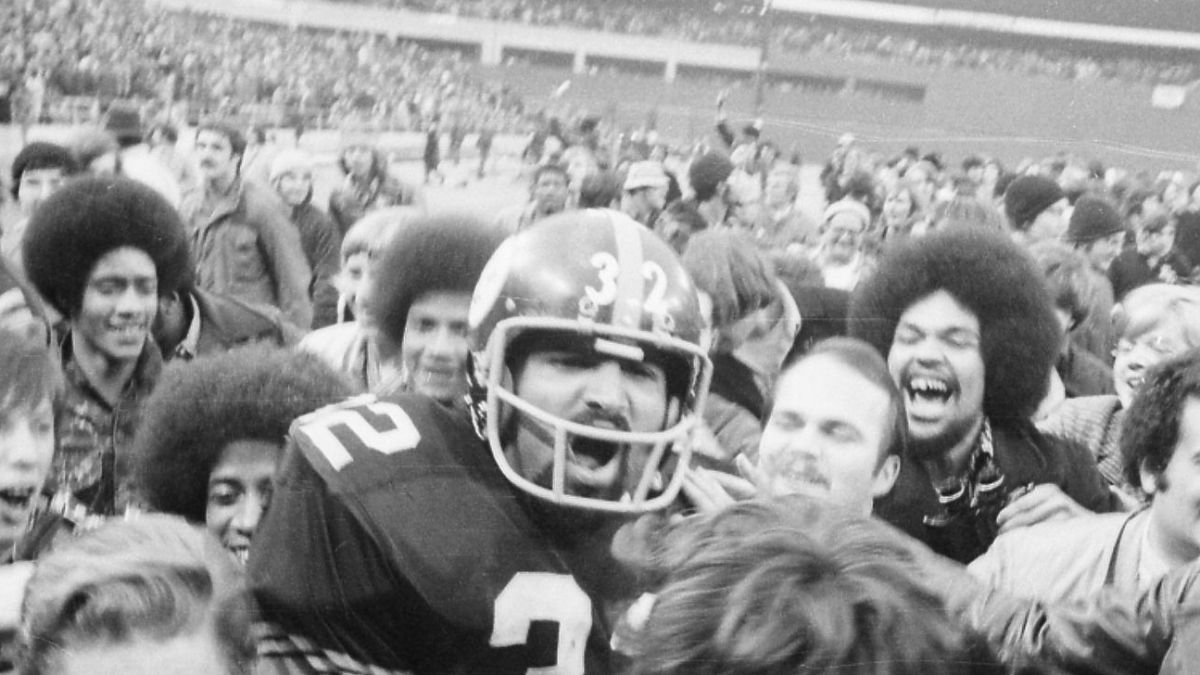 The Pittsburgh Steelers had always been a losing franchise; from its inception in 1933, under the name Pirates, until 1969 They only played one postseason game and lost it. During all those years, the Steelers were a third-rate team, with a losing tradition and it seemed they would never manage to do anything important in the field. NFL.

From 1969, everything began to change, a new coach at Chuck Noll and college picks that would be a hit they transformed the physiognomy of this team.

In 1970 two events of vital importance take place: first they took Terry Bradshaw as the first selection of the entire NFL Draft and, secondly, they inaugurated the Los Tres Ríos stadium. The first two years in their new home, 1970 and 1971, were regular years for the team, but they were beginning to recruit great talent and the team seemed like it could reach great levels.

The third year, 1972, was the most important in franchise history, finally a winning season and postseason games. On December 23, the game and play took place that changed the Steelers forever. At the Tres Ríos stadium the Steelers played against Oakland Raiders, one of the most important teams of the time with a winning tradition, they were the reverse of the medal, since since their debut, they had great years.

The game was tremendously close, a fierce defensive duel. In the fourth quarter, the scoreboard indicated Steelers 6-0 Raiders. Raiders coach John Madden, desperate at the ineffectiveness of his offense, traded his veteran quarterback Lamonica for the young Stabler; With less than 2 minutes remaining, Stabler’s 31-yard run turned the game around. Steelers fans thought history would repeat itself: the Raiders winning and the Steelers losing. A deep silence took hold of the stadium, several fans began to leave the stadium with their heads lowered, with tears in their eyes and with a huge feeling of sadness., of courage, of frustration, of pain; no one knew what was to come.

The story of the Immaculate Reception

The Steelers have the ball at their own 40 yard, it’s fourth chance and 10 yards to go, 22 seconds left on the clock, the game is dying. Terry Bradshaw receives the ball, it is -obviously- a pass play, they need the first and ten to continue their offense. There is time for a maximum of three plays, he looks for a receiver, he cannot find him, he begins to be pressured by the Oakland defense, he is about to be knocked down and he manages to stay on his feet. Finally, Bradshaw comes out to his right side looking desperately for a receiver, the clock ticks relentlessly and manages to find John Fuqua in the center of the field; He sends the pass just before he is hit, the ball goes to the receiver.

Wildly striking cornerback Jack Tatum hits Fuqua just as the ball is hitting. The ball goes back to where it was thrown and Fuqua is on the ground. Everything seemed to end Raiders players begin to celebrate, the ball goes hopelessly towards the ground until, miraculously, Franco Harris, rookie running back for the Steelers, manages to grab it 2 centimeters from the surface and begins to run, Oakland defenders are slow to react, they chase him, Harris goes to the left side, heads towards the end zone and at the 7-yard line he is pushed by a defender that leaves him in a show of balance. Everything looked to be coming to an end, but Harris stayed on the field and scored.

At that point, everything is confusion, there are five seconds left on the clock and the 17 most fantastic seconds in NFL history have just been experienced. The Steelers celebrate, the Raiders protest, the fans are in disbelief at what just happened, John Madden shoots towards the umpires yelling “no good”, “no good” (It is worth mentioning that in those years the rules indicated that in a pass play the ball could be touched by a single offensive player and the Raiders claimed that Fuqua had made contact with the ball, so Harris was not eligible to take it) and no one really knows what happened.

The head umpire goes to the Steelers bench to talk to the umpire commissioner on the phone to ask for his opinion, tense seconds are experienced, the referee returns to the field of play and calls: “Touchdown!”. The stadium roars with happiness, the Steelers are crazy with joy and the Raiders can’t believe it.

The very famous “Immaculate Reception” play has taken place. The most incredible, spectacular and fantastic play in the history of the NFL. The Steelers have won their first postseason game in 40 years of history. The first of many more triumphs.