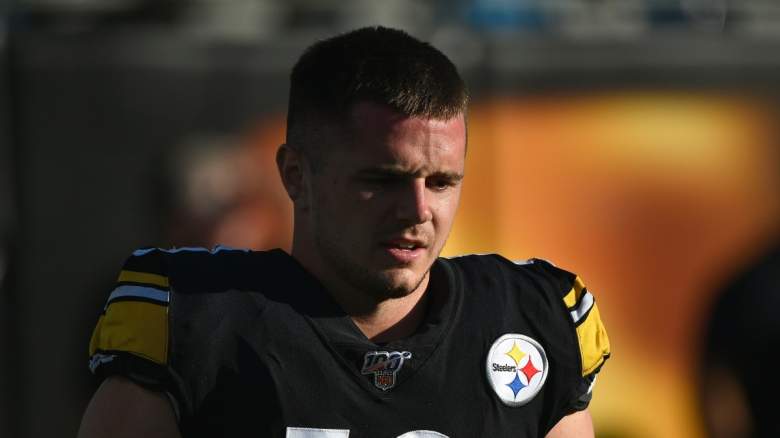 Grant Halverson/Getty Images Ryan Switzer of the Pittsburgh Steelers before a preseason game against the Carolina Panthers at Bank of America Stadium on Aug. 29, 2019.

Former Pittsburgh Steelers wide receiver/kick returner Ryan Switzer’s NFL career hasn’t been the same since July 2020, when he bragged he was on the verge of becoming “one of the best slot receivers around.” of the NFL»: the next Julian Edelman, if you will, or the next Cole Beasley. He then got rave reviews at Steelers training camp that summer. He failed to make the 53-man roster, however, and became expendable following the addition of wide receiver/kick returner Ray-Ray McCloud, who was first signed by the Steelers in August 2020.

Switzer, 27, hasn’t appeared in a regular-season game since then, but he might have a chance to catch up with a team this year, maybe even the Carolina Panthers, who signed him up for a tryout on the 19th. April, as by Pro Football Network’s Aaron Wilson.

Not long after being released by the Steelers in September 2020, Switzer landed a tryout with Cleveland, which then added him to their practice squad. In January 2021, the Browns brought him back on a one-year Future/Reserve contract, but he spent last season on injured reserve after suffering a foot injury during preseason.

In the midst of it all, he experienced challenging circumstances off the field. In March 2021, she revealed that her son had tested positive for COVID-19 and that the baby was also battling a mysterious bleeding condition, which was successfully treated with surgery, which was performed in Boston.

If Switzer wins a chance to play in the NFL again, it will build on a career that has seen him appear in 41 games since he was drafted in the fourth round of the Dallas Cowboys in 2017. So far, he has caught a total of 50 passes for 321 yards and a touchdown. He has also returned 63 kickoffs for 1,373 yards (21.8 yards per return), plus 67 punts for 537 yards and a touchdown.

In other news on April 19, the Steelers announced that linebacker Marcus Allen signed his one-year offer as a restricted free agent.

The former fifth-round pick (2018) is scheduled to earn $2.54 million this season, according to overthecap.com. So far in his career, he has appeared in 33 games (three starts) and is credited with 45 tackles (26 solo), according to Pro Football Reference.

On Tuesday, the Steelers also announced that they have hired an assistant quarterbacks coach, perhaps one more indication that the team is ready to select a quarterback in next week’s NFL Draft.

We have named David Corley as our assistant quarterbacks coach.

Between 2014 and 2016, Corley worked with the running backs and receivers at the University of Connecticut, serving as offensive coordinator in 2016.

Corley shares the same alma mater as Steelers head coach Mike Tomlin, William & Mary, where he coached from 2008-2013 and played quarterback from 1999-2002.