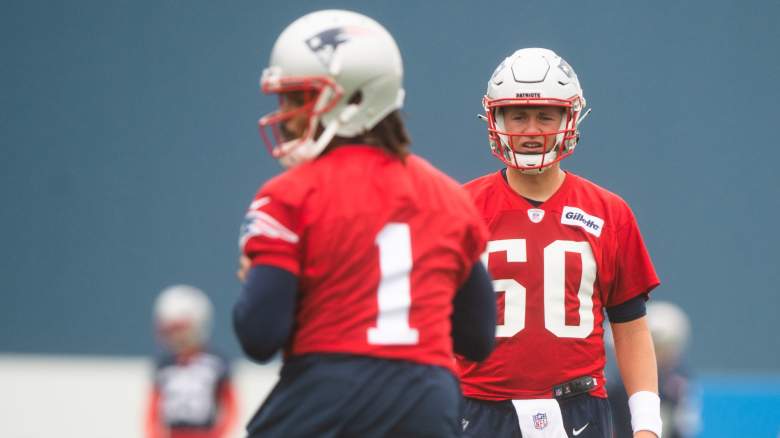 There was a pretty embarrassing rumor about Cam Newton and Mac Jones just before the 2021 season by former New England Patriot Rob Ninkovich. Another former Patriots offensive lineman, RJ Prince, who was in camp, says that’s not true.

On his Dan and Ninko podcast, the former linebacker who helped the Patriots win two Super Bowls cited “some inside sources” who claimed that then-rookie quarterback Jones was teaching the playbook to Newton, a veteran, Pro-Bowler on multiple occasions. and former NFL MVP. He seemed a bit over the top at the time, if not downright mean.

However, only someone who was present at camp before last season could say yes or no. Prince would fit the bill. The Patriots signed Prince in June 2021. He was with the club during training camp, but was released just before the start of the season in August.

FanSided’s Ethan Hurwitz spoke with Prince, who now plays for the Baltimore Ravens, about a few topics. Hurwitz mentioned Newton and Jones’ preseason battle for the starting quarterback job, which the latter ultimately won and led to the former’s firing.

Prince was asked for his perspective on the QB battle.

“All I can say is that they both had their ups and downs in camp,” Prince said. “Both have their own weaknesses and strengths, but both can run the offense and the system and produce productive results. The only guy who had a complete understanding of the offense and every intricacy within it was Brian Hoyer.”

Seeing the performance of the two quarterbacks during the preseason and reading local media reports of training camp, Prince’s assessment appears to be spot on.

Newton was 14 of 21 for 162 yards, 1 TD and 1 INT in the preseason. Jones had more shooting opportunities and recorded 36-of-52 completions for 389 yards and a TD. Newton, the NFL’s all-time leader in rushing touchdowns for quarterbacks, didn’t have a single rushing attempt in the preseason, which must be mentioned if we’re fairly evaluating both men’s exhibition performance.

“The thing about Mac is that he has an insane level of being able to retain information, and as he continued to learn, his poise, energy and confidence just grew and grew; it was fun to watch,” added Prince. “Cam’s dominance and arrogance were just incredible; great to block for him. Everything that happened with Cam leaving, all I can say is that the NFL is totally unpredictable and can be a cruel and unforgiving business. But in the end, business is business.”

Does Prince think Newton deserved to be freed? It’s impossible to say definitively based on what’s been published, but calling the decision an example of how the NFL can be a “cruel and unforgiving business” might suggest the former MVP might have deserved a better fate in New England.

Prince’s parting shot to the question is what brought down the rumor Ninkovich mentioned on his podcast.

“That rumor that Mac was teaching Cam the playbook and all that, just don’t believe everything you read or hear,” Prince said. “I’m taking that down.”

For a rookie quarterback, even one as smart as Jones, teaching a veteran like Newton an NFL playbook would be quite the compliment to the first-year signal-caller and an indictment of the pro’s football IQ. experienced.

It doesn’t sound like this rumor is true, especially if Prince’s first-hand account is to be believed. At the end of the day, Jones is the starter in New England, quite possibly for many more years, and Newton hopes to join the right team before the 2022 season.

Unless he returns to the Carolina Panthers, where he finished the 2022 season, Newton will likely have to learn another playbook.