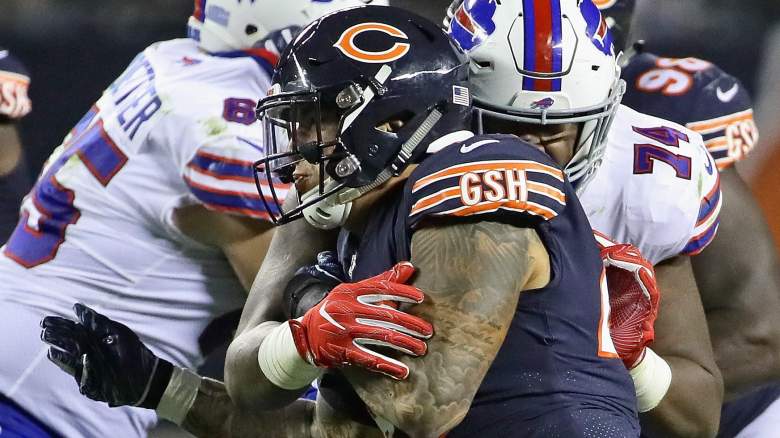 The Chicago Bears selected linebacker Kylie Fitts in the sixth round (181st overall) of the 2018 NFL draft. Now the 27-year-old is hanging up his cleats for good.

In an announcement on his Instagram page, Fitts revealed that he is retiring from football due to the number of concussions he has suffered in recent seasons.

Fitts spent his rookie campaign with the Bears in 2018 before catching up with the Arizona Cardinals after Chicago released him in 2019. He played the 2019-21 seasons at Arizona, where he became a top special teams contributor. .

“After 21 years of playing football has come to an end for me,” Fitts wrote. “Because of too many concussions and the severity of the recent one, it is no longer safe for me to continue playing.”

Fitts played in just six games for the Bears in his only season with the team, leaving the stat sheet blank. He got more opportunities in Arizona, playing in 22 games and starting one in the past three seasons. He finished his career with 15 total tackles (nine solo), one QB hit and one forced fumble. He played at least 55% of the team’s special teams snaps in each of the past three seasons.

He saw his 2021 season end after playing in the first six games. He suffered what had to be significant head trauma to miss the remaining 11 games after missing Week 6.

In the rest of his retirement statement, Fitts expressed his gratitude for the experiences he had in his NFL career:

I am very grateful for this game and everything it has taught and brought into my life. Thank you to all my coaches and teammates throughout my career. I am also very grateful for my family and my wife who have supported me through all the ups and downs and a special thanks to my dad. I’ve spent countless hours, early in the morning and late at night, helping me reach my goal of always wanting to play in the NFL. I think we were created beyond just playing the game. I know that God has big plans for me and my family and I am so excited for what he has in store for me next!

Growing concerns about the impact of CTE on players

Fitts is the latest in a growing number of NFL players choosing to retire early due to concerns about repeated head trauma.

The concerns players and their loved ones have about brain injuries are very real. According to a Boston University study, researchers found chronic traumatic encephalopathy (CTE) present in 99% of the brains they studied and obtained from NFL players, “as well as 91% of college football players and 21% of high school football players. ”

Those are alarming numbers, and players understandably want to quit the game sooner than expected to avoid further damage.