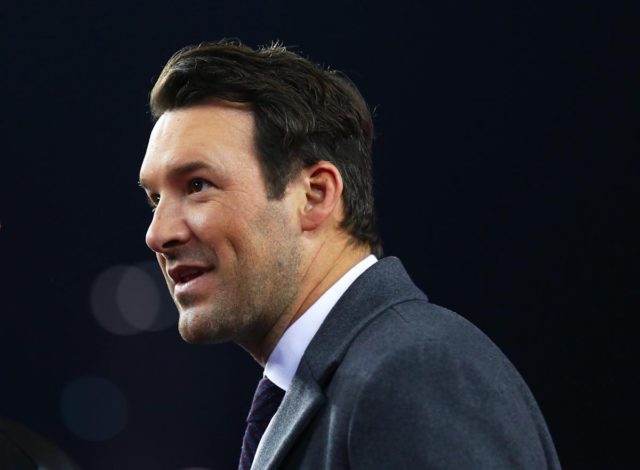 The Cowboys’ offense undoubtedly raises a lot of question marks this year. Compared to previous years, this unit does not look as strong and powerful. This is largely due to the departure of key players during the off-season and performance issues with other elements.

However, there are those who have high expectations with the cowboy attack despite this situation. Among them is Tony Romo, a former Cowboys quarterback and current analyst at CBS Sports. In a recent interview on CBS Sports Radio’s Maggie Gray and Andrew Perloff show, Romo discussed the state of Dallas’ offense heading into the upcoming season.

“The Cowboys have probably had the best offense in the division for a while.”Rome said in Maggie and Perloff Show. “And you know the offensive line started to be really good as early as 2014, and it went on like that for a long time. Then those pieces were included at receiver and all of a sudden this was a dynamic group that could be hard to stop.”.

Based on this, Romo believes that Dallas’ attack this year could be very similar to the 2016 season. Precisely, the season in which he “passed the torch” to Dak Prescott as the starting quarterback.

“You’re seeing a little change starting to happen”said the former Dallas quarterback. “So I think you will see a change in philosophy. The identity could change and go back to the 2016 season, even 2017 and 2018 “.

Tony Romo says Cowboys could go back in time to 2016 and lean more on O-line/run game this season. pic.twitter.com/3kEf2mjCbA

Let’s remember that, in 2016, Dallas had a pretty complete offense. His offensive line (Tyron Smith, Ronald Leary, Travis Frederick, Zack Martin and Doug Free) was among the best in the NFL at the time. In addition, the Cowboys added running back Ezekiel Elliott, the #4 overall pick in that year’s Draft. And this without forgetting that in the cowboy ranks there were still Jason Witten, Dez Bryant and Cole Beasley, among others.

Without a doubt, the offense that Tony Romo would lead that year would be quite promising. However, an injury to the quarterback late in the preseason and the emergence of then-rookie Dak Prescott changed these plans. Eventually, Romo would relinquish the starting QB job to Prescott after recovering from Prescott’s injury.

In particular, Dallas’ offense that year was notable for its running game spearheaded by Ezekiel Elliott and backed by its elite offensive line. In 2016, the Cowboys had a combined 499 carries for 2,396 yards and 24 touchdowns. The passing game was not far behind, achieving 3,799 passing yards and 25 more touchdowns.

— Cowboys extended their winning streak to 8

— Cowboys had the best record in the NFL

Those were the days 😢 #DallasCowboys pic.twitter.com/cr0GXnEhJy

Now, even if Tony Romo has these expectations, the situation of the Cowboys’ offense this year is very different from what it was in 2016.

A clear example of this is the offensive line, where guard Zack Martin is currently the only piece of guarantees. Tyron Smith remains reliable in his performance, but his proneness to injury is a drawback. Tyler Biadasz and Terence Steele are still “on probation,” so to speak. And finally, it remains to be seen how Tyler Smith performed in his first year in the NFL.

As for the ground game, Ezekiel Elliott arrives more questioned than ever. Although he had a great start in 2021, his performance took a hit due to a torn ACL in Week 4. And while this hampered Dallas’ running game, the coaching staff insisted on continuing to go with Zeke. This despite the fact that Tony Pollard is clearly at a better level now.

Finally, let’s not forget the receiving corps. Following the trade of Amari Cooper and the departure of Cedrick Wilson Jr., the offensive weight now falls mostly to CeeDee Lamb and Michael Gallup. Apart from them, Dallas does not have elements of proven experience. Instead, the team is betting on the performance of James Washington, rookie Jalen Tolbert, Noah Brown, Simi Fehoko and TJ Vasher, among others.

However, despite this situation, Tony Romo is confident in what the Cowboys’ offense can offer this year. Especially his quarterback, Dak Prescott.

Tony Romo sharing his thoughts on Dak Prescott and the Cowboys on @MaggieandPerl: https://t.co/tBAtFVjZQT pic.twitter.com/lnSWSbuGsx

“I think Dak Prescott is going to have a fantastic year.”, Rome said in Maggie and Perloff Show. “He has shown that he is very capable of playing in a great way during the year. I think it will be a bit different, because the weapons will not be as dynamic. (…) But I think Dak will be Dak. I think he will be good. He will play good football, and he will give (the team) a chance to win every week he plays.”.

On paper, Tony Romo’s vision of a 2016-like Dallas offense likely won’t materialize. However, the former quarterback and current CBS Sports analyst fully trusts the talent and capabilities of the pieces of the cowboy attack. Of course, we’ll have to wait until the season starts to really see if the Cowboys can live up to these expectations.

For Tony Romo, the Cowboys’ offense this year may be similar