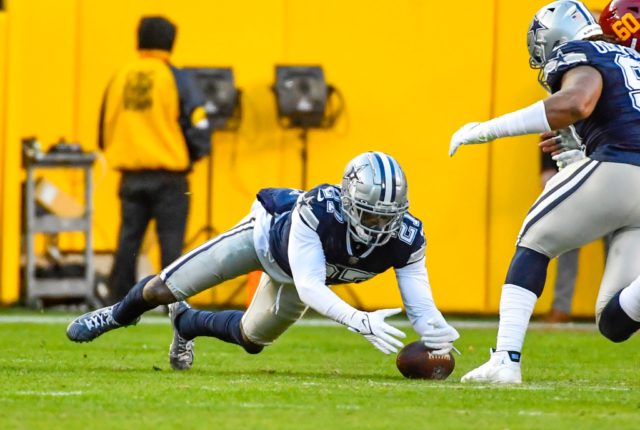 The retention of Dan Quinn has been the best news for the Cowboys so far this offseason. After doing a great job in his first year as defensive coordinator in Dallas, Quinn attracted the interest of many teams looking for a head coach. However, the leadership managed to retain him. And this is something that several defensive players on the cowboy team, such as Micah Parsons and DeMarcus Lawrence, have celebrated.

Apart from them, another member of the Dallas defense spoke about it. This is safety Jayron Kearse, who was interviewed Tuesday on 105.3 The Fan. There, the player gave his opinion on Quinn’s continuity.

“Having Quinn back was a huge win, and it was a much-needed one to try to keep this group together.”Kearse said during the radio interview. “Because of the progress we had in the first year, it will be advantageous to go into the second year with the guys together, guys who have camaraderie with each other. That’s the No. 1 win so far this offseason.”

Cowboys safety Jayron Kearse today on @1053thefan: “Getting Dan Quinn back was a huge win, and it was much-needed just to try your best to keep this group together. Because the strides we made in Year 1, it can give us a lot of upside going into Year 2, with guys being together.”

Getting Dan Quinn to stay was a good move by the Cowboys’ front office. The defensive coordinator exceeded expectations in his first year, managing to rebuild the Cowboy defense and leaving behind the poor image he gave in 2020. With Quinn at the helm, this Dallas unit went from one of the worst in the NFL to leading several statistics in 2021, especially that of turnovers or changes of possession.

This performance, as we know, earned Quinn to be chosen as the assistant coach of the year in the NFL Honors. And not only that, but he was also highly coveted by several teams looking for a new head coach. In fact, and after some interviews, he became a strong candidate for that position in Chicago and Denver.

However, the Cowboys leadership managed to secure Quinn’s tenure, which is expected to be long-term. And this is something that the coach does not see with bad eyes, since he declared on more than one occasion that in Dallas he recovered the joy of training.

Will Jayron Kearse continue in Dallas?

Going back to Jayron Kearse, it’s no surprise that he thinks highly of Dan Quinn. Under him, the safety managed to have the continuity that he did not have in his previous five career years (four in Minnesota and one in Detroit). Besides, Kearse became one of the leaders of the Dallas defense, as well as one of the most productive players in this unit.

This is reflected in Kearse’s numbers in 2021. The defensive back had 101 combined tackles, nine tackles for loss of yards, 10 passes defensed, six quarterback hits, one sack, one fumble recovery and two interceptions. All this in 16 regular season games, 15 of them as a starter. This earned Kearse to be rated by Pro Football Focus (PFF) as the Dallas player who had the most improvement from 2020.

Now, the big question is: Will Jayron Kearse stay with the Cowboys?

Veteran Safety Jayron Kearse could have out-priced himself out of Dallas with his 2021 production and his leadership.#Cowboys current depth at Safety: Donovan Wilson pic.twitter.com/6JGkxNAmjK

Let’s remember that Kearse was one of the players who came to Dallas as free agents in 2021 to reinforce the defense. The former Vikings and Lions signed to a one-year deal, and he was expected to be a backup player on the cowboy team. However, Kearse exceeded all expectations, establishing himself as one of the pillars of the defense led by Dan Quinn.

Now, Kearse is part of the group of 21 Dallas players who will become unrestricted free agents in March. However, looking at his performance and his market value ($1.1 million), the defensive back is very likely to get an extension. And this is something that Kearse would not see with bad eyes, since in Dallas he has achieved the continuity that he did not have in his previous teams.

“If you see the recordings, with the opportunities I had, I played well”Kearse told 105.3 The Fan on Tuesday. “But it was never a week-to-week thing where I was constantly on the field. It was the fact that I was able to have that opportunity every week.”

Whether the Cowboys ultimately decide to extend Jayron Kearse’s contract remains to be seen in March. If so, the cowboy team will take a big step toward keeping their defense hard core for this year. In addition, and with Dan Quinn at the helm, this Dallas unit is expected to continue to improve its performance.

For a Dallas defensive back, Dan Quinn’s tenure is a