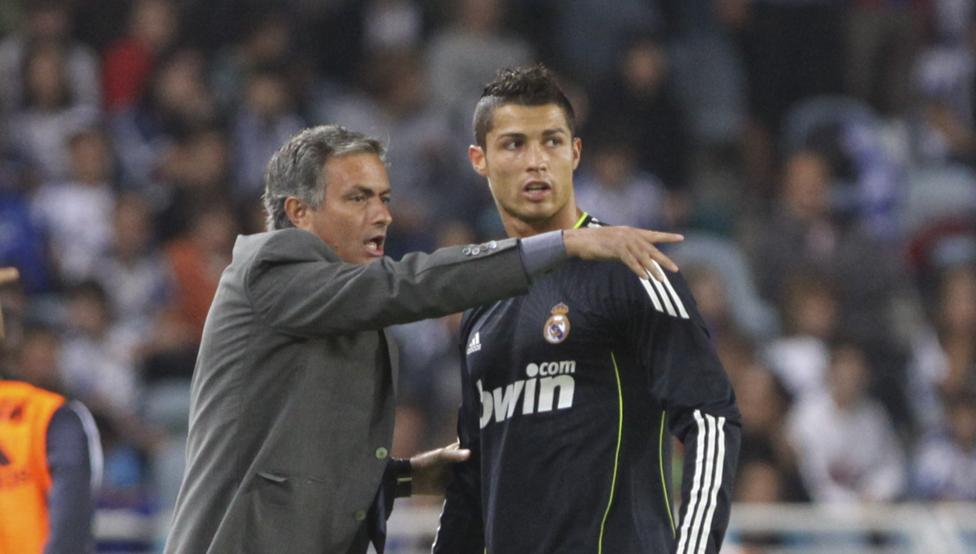 The Confidential, which yesterday Tuesday brought to light a controversial audio in which you listen to Florentine
Perez criticizing Raúl González and Iker Casillas in 2006, has made a new delivery this Wednesday. In it, the president of Real Madrid speaks badly this time about Christian
Ronaldo Y Mourinho, in 2012, this time being white president, not like in 2006, the year in which Calderón was.

About Cristiano Ronaldo, he says: “He’s crazy. This guy is an idiot, a sick man. You think this guy is normal, but he’s not normal, otherwise, he wouldn’t do all the things he does. The last nonsense he did, which was seen by the whole world … Why do you think he does that nonsense? ”

“Mendes (your agent) does not command anything in it. Just as it does not send anything in Mourinho. Zero patatero. Even for interviews. Nothing. No fucking case. These are guys with a terrible ego, both spoiled, the coach and him, and they don’t see reality, because they could both make a lot more money if they were otherwise. These are two abnormal, because we are talking about a lot of money in the field of image rights. Also, with that face that they have, with that defiant way, that everyone dislikes them … If the publicity is the opposite, it is the opposite! ”.

They also receive Coentrao and Mendes

Nor does another Portuguese escape the criticism of that time: Fabio Coentrao. “That is tolili. That is one of the effects of Madrid. It is another who has no head and those guys Real
Madrid eats them. Right now he’s screwed up and Mourinho He’s an idiot … It’s not that he doesn’t want to play … Well, he’s a bit moronic. He drives without a license … That said, the pressure has overwhelmed him and that is from being sick. But the other does not care that he is sick because it kills him. ‘You are shit.’

“That the 30 kilos have left here and have ended there, sure. Now you have to see where the bank exit is. That does it with Jorge
Mendes, who is the representative of the president of Porto. With him everything is strange. Would appear Mendes and I would pay him, which is the alibi of the president of Porto. Mendes and he took money from the Russian with the Mourinho, with the Carvalho, with Ferreira … And what happens is that money is taken to Swiss. Someone who is in the ointment has to get pissed off and has to give us the clue of that account in Switzerland ”.

These were his words about Casillas and Raúl

In the first installment of the audios, Florentino Pérez addressed those who, at that time, were the captains: Boxes Y Raul. “Boxes It is not a goalkeeper for him Real Madrid, What do you want me to say. It is not. It has never been. It has been the great failure that we have had. What happens is that you have those who adore him, love him, talk to him, I don’t know. They defend him so much … Well, it is one of the great scams and the second is Raúl. The two great scams of Madrid are first Raúl and second Casillas. Players are very selfish, you can’t count on them at all and whoever does count on them is wrong, they leave you stranded, it’s silly. I have a horrible concept of players ”.

“Zidane he’s a great guy, and Beckham Y Ronaldo, not? But then there are those who believe that … Let’s see. Ronaldo is an ass, period. Also, these are all jetas. They are bad … Raúl is bad, he believes that Madrid is his and uses everything that is in Madrid, everything that he has developed, for his own benefit. He and his representative ”.

In addition, he pointed to ‘7’ as the main culprit of his departure: “The culprit that the Madrid go wrong … Look, I’ve gone among other things for him. Because he, as he already considers himself finished and considers himself such, says: ‘Before I finish and those … I’m going to finish Madrid’. He’s a negative guy, he’s tearing up the Madrid, the morale of the players so that they say: ‘It is that it is the Madrid the one that is wrong, no Raul‘. It’s terrible how bad the kid is. And I can’t deal with that problem and since I can’t deal with that problem and I have a lot to do and I had to do the merger of Abertis with Autostrade and other things, well, hey, I’ve been there for six years, I’ve been happy … “

By last, Florentine
Perez was dispatched at ease with Iker
Boxes: “Boxes, poor man, he does not have two fingers, I know him perfectly, he is a very short uncle and also it shows when he gets along better or worse with his girlfriend, he is absent, he is a small child, he is like a lap dog, It is like a puppet, a childish thing ”, he asserts Florentine
Perez in the famous audios.