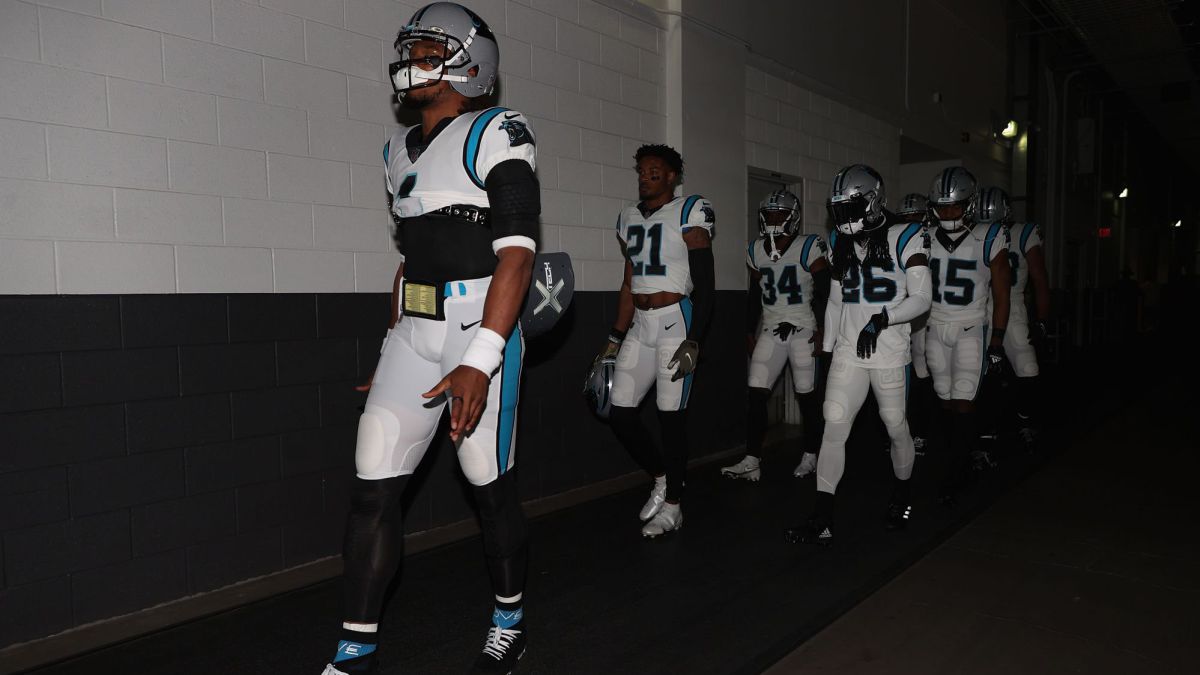 It’s sad but real: The NFL is already in its descending part of the season, consuming 55 percent of the schedule.

The cruellest thing is that when you think that there is already an established order and that everything is under control, the league is immersed in multiple mischiefs that week after week alter the panoramas.

From Thursday’s game through Sunday night, we witnessed new narratives around the NFL and the end of some fairy tales.

It is like an absinthe drunk causing hallucinations that in sobriety would be impossible to imagine: an overtime tie between the Steelers and the Lions is the best example of that.

After being released by the Patriots on the last day of the cut, Newton spent time watching the league on television and learned a lot, at least how to beat the Cardinals who were the top seed in the NFC.

For the second week in a row, four teams, Carolina, Miami, Minnesota, Washington entered the week with a .500 winning percentage or less and defeated a team that started the week in first place or tied for first in their division.

The eight wins by teams with a winning percentage of .500 or less against division leaders in the last two weeks are the most wins of this type.or that were produced in a single season since 1970.

SuperCam has a sequel

Superman may be a few years older, but he still has the momentum and instinct to save Carolina.

Cam Newton took the ball on the third chance and as if he had never left Carolina, he entered the end zone to remove his helmet and shout “I’m back!”

The 32-year-old flashbacked his MVP days in his second “debut” with the Panthers, pitching for a touchdown, running for another and leading Carolina to a surprise 34-10 victory over the Arizona Cardinals.

Newton has 71 career rushing touchdowns and 43 games with a touchdown both running and passing through the air., the most for a quarterback in these fields in NFL history.

With five touchdown passes against the Raiders, Patrick Mahomes quelled some questions about his performances this season. Mahomes added 406 yards in the Chiefs’ assault on Las Vegas. Beyond the numbers, the highlight for the Kansas City fans was seeing their quarterback with the same winning confidence of the previous three years. Patrick Mahomes allowed each play to unfold. Mahomes and the Chiefs proved a bit like the team that dominated the AFC the past three seasons for the first nine weeks.

Russell Wilson is not recovered

Seahawks quarterback Russell Wilson is back on the offense after finger surgery, but apparently against the Packers, he’s far from fully recovered. He averaged just four yards per pass play and threw two interceptions. A week after his positive test led him to miss out on a 13-7 loss at Kansas City, Aaron Rodgers was 23 of 37 for 292 yards and threw an interception in the end zone in the third quarter. While it wasn’t his best game, he didn’t lose as much form as Wilson.

For Brady every defeat is a wake

At the end of the game against Washington Football Team, in the press room, Tom Brady gave a conference in which his face looked so soulless that it looked like he was giving a speech at a funeral. Brady failed to rescue his team in the final seconds as he is accustomed to in the league. Contrary to what we regularly see of him, Brady was intercepted twice in his first six passes. Before the bye week the Buccaneers lost and after their bye they fell again, situations that Brady is not used to.

The Tennessee Titans defeated New Orleans, 23-21, and have won six straight games, including five straight wins over 2020 playoff teams. The Titans join the 2003 Eagles as the second franchise in NFL history to score five wins against teams that made the playoffs the year before.

The Titans are racking up wins and they don’t care if they’re pretty or ugly. His only style is to win.