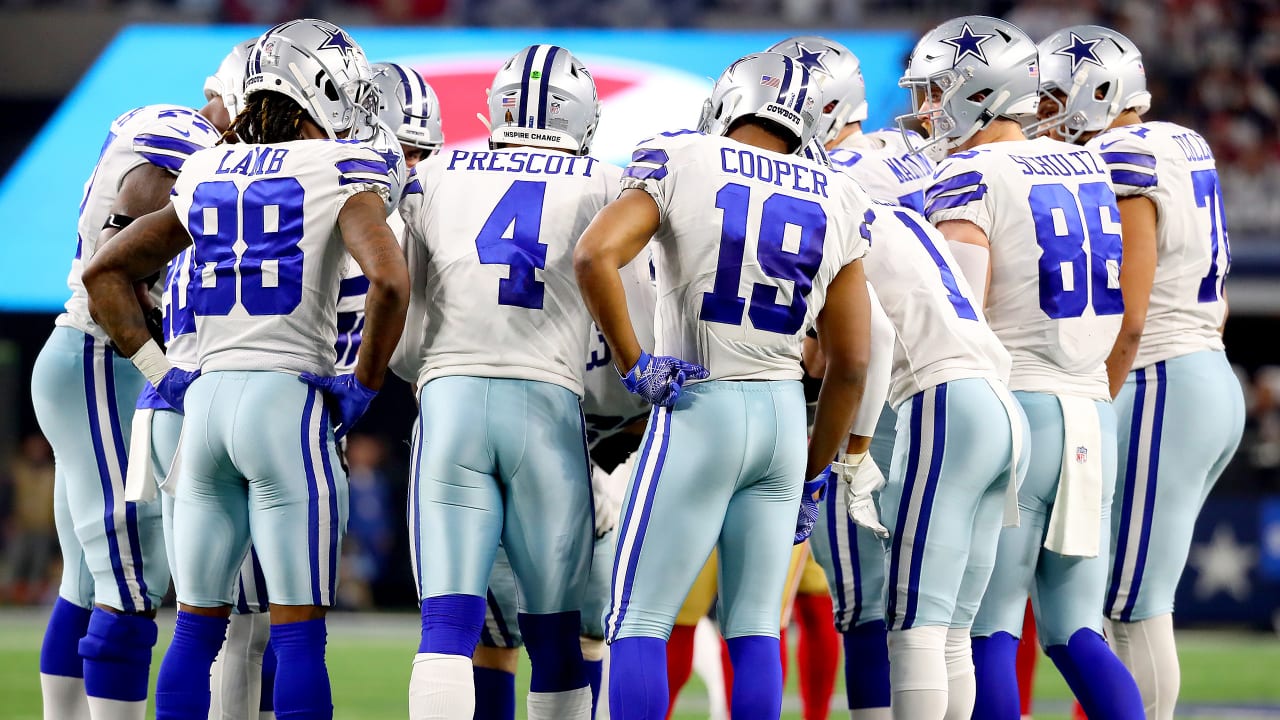 Key 1. Long pants. At the moment the names of Dan Quinn and Kellen Moore are hanging around the halls of other teams, such as the Broncos, Vikings, Giants, Dolphins and Jaguars. Quinn’s bonuses seem to outweigh Moore’s, given the improvement the defense showed from season to season and the fact that there was some continuity with the injection of Micah Parsons. Moore seemed to be at the pinnacle of modern football at the time at 6-1 and as a fizzing genius, it seems that this mystique still holds marginally for a team in turmoil like Jacksonville, but it wouldn’t be surprising if he stuck with McCarthy instead. of Quinn whose goal is to return to the helm of his own team after leading Arthur Blank’s team to that Super Bowl where the state of Georgia was left with a gigantic thorn in the side. The truth is that these two went to the scale and the possibility of having to replace them is part of the preparation process for 2022.

Key 2. Leadership. When it comes to who calls the shots in these locker rooms, everyone points to number four on the jersey. Since his arrival and that magical season teaming up with Zeke Elliott, his acceptance in the inner circles of the club has become somewhat unconditional, where his countenance is one of coldness and mettle. But what about talent? This side of the coin is in doubt after seeing how Prescott simply couldn’t elevate his own game in the face of challenges from the offensive line and Elliott’s drought in setting up the running game. Some spoke of his lack of confidence in the stock market, the moments of complete laziness having to produce at the level of his bank balance and him losing games against teams that were nowhere near prominence at the end of the season. For Jerry Jones’s team to be able to stand on the podium to accept their sixth Lombardi Trophy as NFL champion, this has to change. There is no doubt that Dak Prescott himself knows that something is missing, an intangible that only the greats have, because he is being paid like a great but he still does not take his team to the promised land. Just as we know him from a distance as a true warrior, it is clear to all of us that he will not rest until he finds this tonic, but there are moments when he suddenly reaches the coldness of saying that there is no more that can be done because there is no is.

Key 3. Key pieces. For the cowboy administration the task begins with the evaluation of everything. From beginning to end. These friends spend hour after hour analyzing point by point, play after play, each stat exhaustively with the slogan of putting together the next edition of their team heading to 2022. Who are the undisputed? One is Micah Parsons, after showing that as a true Resistol he is the cowboy heir to the Lee Roy Jordan, Chuck Howley, Ken Norton Jr., Dexter Coakely, Dat Nguyen, Sean Lee by the way he elevates the game of his defensive teammates. From there to real, who else has that tag on the defensive end? Veterans like DeMarcus Lawrence, Randy Gregory and Leighton Vander Esch stalled in their development and became part of the scene without being able to elevate their game to the level of Pro Bowl consideration. Sure Trevon Diggs became a viral video for his interceptions, but the statistical numbers for this defense apart from the +14 in possession exchanges are hardly presumable and “there is the detail”. On the offensive side, continuing to endure week after week if Tyron Smith leaves or not has to be a detriment to offensive continuity, along with a replaceable Connor Williams and a La’el Collins who at the end of the novel was more of a distraction than a guarantee. Is Dalton Schultz worth the attention of tight ends like Travis Kelce, Darren Waller, Mark Andrews or Noah Fant? They are monetary decisions. And what about Ezekiel Elliott and all this injury stuff. Stay tuned.

Five keys to the Cowboys’ offseason